Does the India-EU trade pact make sense for India? - II 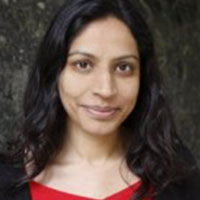 In this article, Swati Dhingra, Assistant Professor of Economics at the LSE, contends that the proposed India-EU trade agreement is one-sided and would harm India’s economic interests. In her view, India should leverage its position as a regional power to extract a better deal.

Last month India’s Prime Minister Narendra Modi visited Brussels for the India-EU Summit. Speculations are rife that this will renew the talks on the stalled India-EU broad-based trade and investment agreement (BTIA).

The EU is India’s biggest trade and investment partner, and the trade agreement can in principle be a great boost to the Indian economy. But the proposed agreement is one-sided, and would harm India’s economic interests. The analogy is that India is picking up the tab for the hotel room and the EU is just paying for the internet charges during the stay.

Will India foot the bill for closer trade ties with Europe?

The public debate on the India-EU BTIA is all about Indian tariff reductions on automobiles and greater access to trade in information technology (IT) services for Indian IT professionals in the EU. But going by the documents that can be accessed (more transparency would be nice), these issues are dwarfed by two main areas – investor rights and agricultural imports – where India will be tying its hands if it signs the proposed agreement.

The proposal contains an investor-State dispute settlement agreement, which allows foreign firms to take the Indian government to an international tribunal if their ability to make profits in the country is under threat. Previously these clauses were invoked in India after the Supreme Court cancelled 2G telecom licences bought by companies at “unbelievably low” prices, and when internationally the Canadian government dropped potential legislation on plain packaging of tobacco products due to lawsuit threats under its North American Free Trade Agreement.

Is that the price India must pay for encouraging foreign direct investment (FDI) into the country? The answer is NO. Australia recently negotiated a trade and investment agreement with the United States without agreeing to such investor rights, so surely Indian can do the same as it is the fastest growing economy in the world. Is the Bhopal gas tragedy so easily forgotten, and should we not learn from the lack of compensation to the victims that an unequal society calls for greater protection from the narrow legal tactics of investors?

Although India has asked for revisions to the text of the investor-State dispute settlement mechanism, the revisions don’t go far enough. The main change is that firms would first need to pursue domestic legal remedies and can then access international arbitration for disputes with the government. Domestic firms do not have access to these international arbitration facilities, so this also goes against the spirit of the Make in India campaign of the Indian government.

Another worrisome proposal is the steep reduction in tariffs on agricultural imports from the EU. The continuing plight of Indian farmers is not going to be helped if they have to compete with heavily subsidised large agribusinesses based in Europe. For instance, the Danish milk producer, Arla Foods, received 8.6 million euros when milk prices slumped in 2009/10, while the Indian government’s most ambitious dairy plan is expected to have an outlay of 230 million euros per year. Spread over 75 million dairy farmers, this amounts to a minuscule three euros per dairy farmer. Opening to EU imports will not make the Indian agricultural market more ‘competitive’, it will lead to a dumping of the burden of EU agricultural subsidies on Indian farmers.

Investment and agricultural imports are not new issues. The Indian government is retreating from the same battles it fought during the Uruguay Round of the World Trade Organization (WTO) in 1995. At that point, India was the force behind resistance to agreements on investment, government procurement, agricultural tariff reductions and intellectual property rights that would mostly harm developing countries by limiting the policy options needed for economic growth. Yes, the world economy has changed now. But life for most people in India continues to be ‘nasty, brutish and short’, so why is there a renewed push for an agreement that concedes to many of the same immiserating policies that India was once at the forefront of rejecting?

India must use its economic power now to get a better deal. This is possible. The EU had earlier insisted on drastic intellectual property laws in the proposed text. After much advocacy, the EU dropped this clause from the proposed text as it would have delayed the introduction of generic medicines and undermined public health (Medecins Sans Frontieres). Resistance to the clauses proposed by the EU does not derail the trade agreement – it ensures that India negotiates a deal that promotes its development goals.

Versions of this article have appeared on the LSE EUROPP Blog, IGC Blog, and Business Standard.