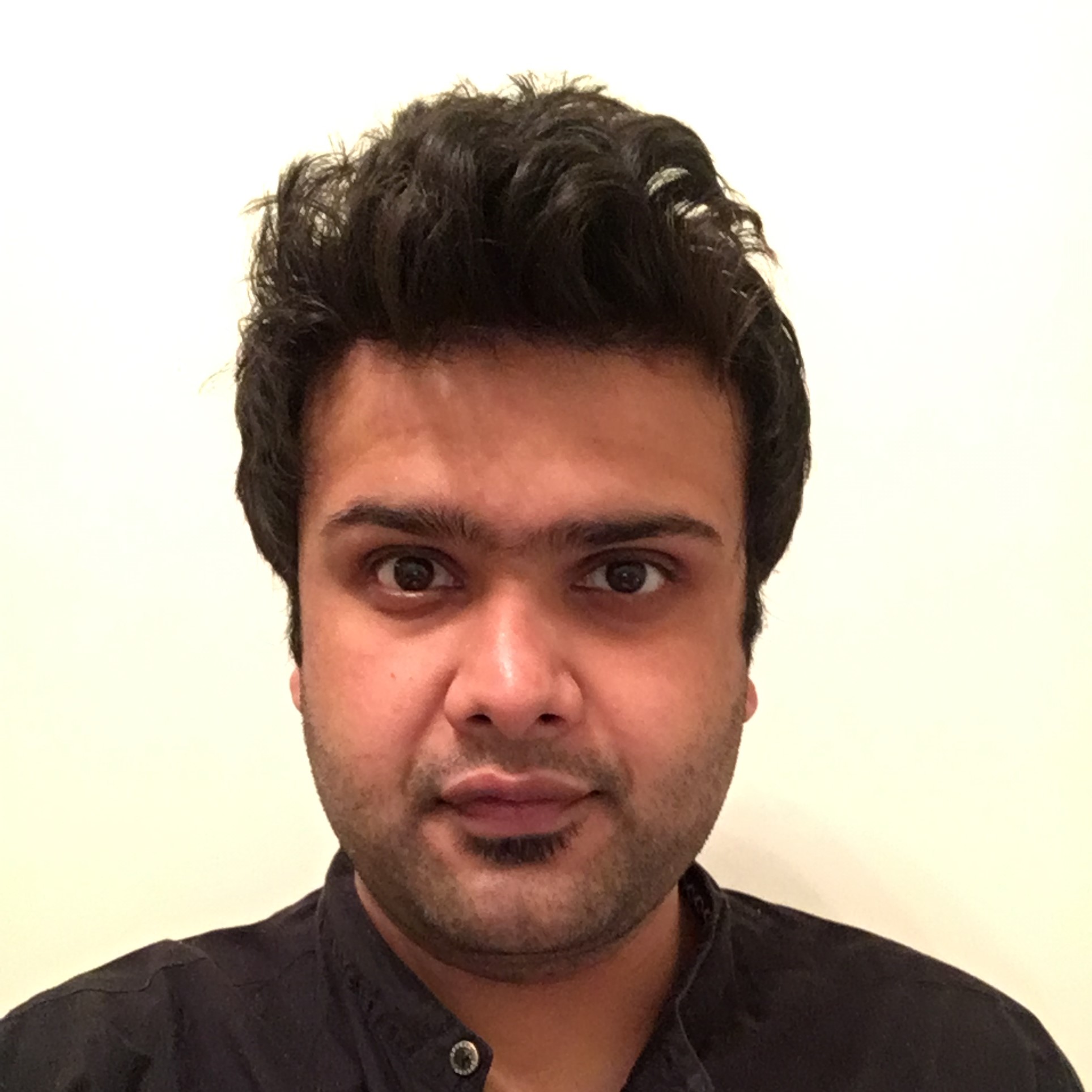 Amid rising populism and anti-globalisation movements across the world, Atmanirbhar Bharat represents India’s adoption of trade protectionism. While the country’s inward-oriented economic policies tend to be viewed with a predominantly ideological lens, Srijan Shukla presents an alternate political economy framework, which attributes the underlying protectionist tendencies to a vicious cycle of low productivity.

One of the signature features of India’s economic policy under Prime Minister Narendra Modi has been a consistent rise in trade protectionism. Over the past decade, the simple average of India’s tariffs rose by 25% – from 8.9% in 2010-11 to 11.1% in 2020-21. The proportion of India’s tariff lines exceeding the 15% mark rose from 11.9% to a staggering 25.4% over the same period. These rising trade barriers have been accompanied by a more general creeping reluctance in Modi’s government regarding joining new trade agreements.

Over the last half-decade, the rise of populism and anti-globalisation political movements across the world – driven by stagnating economic growth, rising inequality, and perceptions of unfettered globalisation – has resulted in increasing protectionism and counter-protectionism (Evenett and Fritz 2019). Therefore, it seems like a rather straightforward narrative to place India’s protectionist turn within that broad trend, where Modi simply joined this club. Add to it a significant historical context – from Latin America to India, populist regimes and import substitution have often coincided. And finally, Modi’s self-professed economic doctrine of “Atmanirbhar Bharat” (self-reliant India) has been a definitive symbol of India’s complete embrace of inward-oriented policies. Game, set and match. India is potentially harking back to its days of “virtual autarky”.

As a consequence, most critical commentators and economists tend to see India’s rising trade protectionism from a predominantly ideological lens. They fear that such a shift not only undoes nearly three decades of trade liberalisation but also risks flirting with India’s failed import substitution policies of the 1970s. The argument goes that there is something so seductive about trade protectionism that Indian policymakers just cannot help but fall for it.

However, such ideology-based ideas have limited explanatory power. Trade policy, across the world, is a subject of intense lobbying among competing interest groups. Moreover, the argument that India’s trade policy has undergone a radical shift under Modi conceals two underlying continuities.

First, in the pre-Modi era, India did sign several bilateral and multilateral trade agreements. But even a cursory look at these makes it evident that most of the agreements are extremely shallow (Krishna 2019). To use a trading phase, they did not necessarily tie New Delhi’s hands as much. Second, while the rising tariffs and growing use of anti-dumping duties1 are a relatively recent phenomenon, India’s inverted tariff structure2 has existed for longer that the current Modi regime.

These continuities highlight that there are some structural drivers of India’s trade policy, beyond just a particular economic ideology, and most of these aspects remain unexplored. In this post, I present an alternate political economy-centric framework to examine India’s underlying protectionist tendencies: the country’s low-productivity vicious cycle.

Among scholars of international political economy, there is a near-consensus that across most countries, trade policies are up for sale. The landmark theory in this genre, the Grossman-Helpman model, argued that special interest groups influence policy (Grossman and Helpman 2002). In turn, governments make policy decisions based on two competing objectives – maximising political contributions – that is, maximising campaign donations in exchange for preferential policies – and public welfare.

The conventional idea is that most of trade protectionism could be explained by the government’s decision to sell it for political contributions. Conversely, with the rise of intra-industry trade in the 1980s, and the development of offshore manufacturing networks by multinationals – increasingly, a select number of these highly productive firms began to lobby for trade liberalisation. Thus, lobbying by these multinationals not only became the tool for trade liberalisation but also for the rapid proliferation of preferential trade agreements (PTAs).

A large part of India’s underlying protectionist tendencies – its unwillingness to join new trading agreements, and the use of tariff and non-tariff barriers to guard domestic manufacturing firms – can be explained by the absence of enough of such highly productive firms. In a nutshell, the argument here is that India does not have enough highly productive firms, which in turn leads to less lobbying for trade liberalisation. This is the first part of India’s low-productivity vicious cycle.

The second and the more significant part of this vicious cycle has to do with the very nature of PTAs in current times. Given that for most countries, tariffs are almost negligible now, increasingly, bilateral and multilateral trade agreements are less about expanding trade, and more about lowering barriers for intermediate goods. In other words, in the age of global value chains, the purpose of PTAs is more to facilitate foreign direct investments (FDI) by inclusion of investment-protection clauses and provide near-free movement of inputs and intermediate goods in and out of a participating country. Thus, PTAs create an enabling environment for the formation of regional and global production networks.

Hence, the lack of a sufficient number of productive firms in India acts as a double whammy: it keeps trade barriers high, and leads to India’s exclusion from most of global manufacturing.

Why does productivity matter so much?

If India’s protectionist policies are a function of a low-productivity vicious cycle, then the question arises, what is the correlation between productivity and lobbying? There are several studies that highlight how differences in productivity help explain firm behaviour, the most influential being Melitz (2003). Let us consider a few stylised facts from the Melitz model.

First, an economy has firms with diverse characteristics, and this heterogeneity has to do with their intrinsic productivity level. Second, after trade liberalisation, which firms decide to enter the export markets or continue to just serve the domestic markets, depends on their inherent productivity level. Only the most productive firms enter the export markets. Third, this is because participation in the export markets requires firms to incur additional fixed and variable costs. Only the firms that are above the ‘export total factor productivity threshold’ can pay these costs. Thus, the bigger firms self-select into participating in the export markets, while others continue to just serve the domestic markets. Hence, the most productive firms are likely to support trade liberalisation, while others are expected to oppose it.

Plouffe (2017) provided an extension to the Melitz Model and shows that participation in ‘political markets’ is similar to participation in export markets. Plouffe demonstrated that lobbying is akin to production costs – fixed costs may be sunk, regardless of outcome, and variable costs “might be lesser but not insignificant”. The expectation is that productive firms should lobby for liberalisation, while the less productive ones for more trade protection. However, the less-productive firms might not be able to pay up the additional political costs, so they might act through trade associations.

Several pieces of evidence from India’s manufacturing sector seem to perfectly adhere to this expectation. Most Indian manufacturing firms are characterised by small size and low productivity, and these do not cater to export markets.

Gupta et al. (2018) analyse CMIE (Centre for Monitoring Indian Economy) data to show that during 1989-2015, India’s manufacturing sector had 3,391 non-exporting firms in comparison with 465 firms that had two or more years of exporting experience. For every exporting firm in the Indian economy, there were 7.3 firms with zero exporting experience. Further, in a study on India’s manufacturing sector, Kapoor (2018) shows that the bulk of firms comprise small old firms: “The proliferation of small firms, in particular small old firms, which have failed to expand as they age has contributed significantly to the sluggish contribution of the manufacturing sector to employment”.

It is easy to discern from here that most Indian manufacturing firms are not very productive, thus hindering their transition from domestic to export markets. But more importantly, this has a bearing on their political behaviour as well. Given that a majority of firms have a strictly domestic orientation, the scale of lobbying in favour of trade protectionism is going to be much larger than that of pro-liberalisation.

Moreover, India is not dramatically different from the rest of the world in this respect. One of the key findings of Plouffe was that firms that undertake both imports and exports are generally more productive. Similarly, for India, Kapoor finds that the larger Indian firms, which “have a higher imported input intensity” lead to faster employment growth. The Indian firms that are large enough do make the transition from domestic to export markets – just that they are not enough of them to lobby for a wholesale trade liberalisation.

There is another indicator that highlights how far India lags in its participation in global value chains. In 2018, the exports of goods produced through global value chains amounted to US$ 5.6 trillion, of which India’s share was a meagre 0.5%, as compared to China’s 17.5%. Manger (2009) shows that for vertical FDI3 to take place, transaction costs – especially tariff and non-tariff barriers – need to be less than the locational advantages such as cheap labour. These become grounds for lobbying – where the aim is to lower tariffs on intermediate, capital, and finished goods – and PTAs have emerged as a tool for facilitating such preferential liberalisation.

However, there is another important feature of modern PTAs – they are often exclusionary in nature. The multinationals lobbying for them not only seek to lower trade barriers so that they can move their production network to the preferred country, but they also seek to exclude their competing firms (from non-member countries) from the new trading arrangement. This means that India, which is largely excluded from global production networks, gets further excluded because of the government’s reluctance to sign new trade deals.

For an emerging economy that is trying to get on the growth bandwagon, this double whammy is critical. India’s low-productivity vicious cycle ensures that not enough of its firms become productive enough to export. This lack of sufficient productive firms keeps the government from joining new trade agreements. This, in turn, further restricts FDI inflows into India and excludes it from global production networks, making it even more difficult for the economy to create more productive firms.

Bangladesh, with its average tariff of 8.6 versus 6.6 for India, should not be doing as well as it has been. This piece rationalizes low productivity in India, and once again, not surprisingly, furnishes the so-called corrupt political culture of India as a culprit--look, the policy is up for sale in India. IMHO, the real challenge is lazy and arrogant Indian intellectuals and researchers who have a poor understanding of the basics governing human life. All the East Asian countries learned the lessons from watching other countries and manage to do obvious things--increase agricultural productivity, ensure easy access to quality primary and secondary education and health, etc.--but for some strange reasons, India refuses to learn these lessons.