A unique, informal banking system of rickshaw drivers in cities 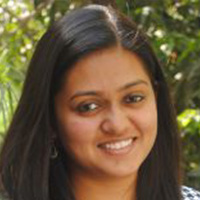 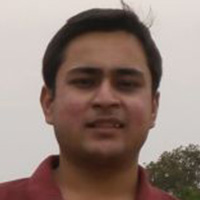 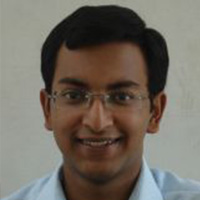 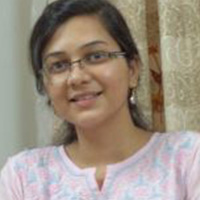 Seasonal, rural migrants that drive rickshaws in cities have little or no access to formal financial institutions. Based on a survey of over 100 rickshaw drivers in Delhi, this article highlights a unique mechanism used by the drivers for remitting earnings to their families back in villages, obtaining short-term loans, and managing their savings.

In the course of development, we see substantial movement of labour from villages to cities in search of better employment. Temporary migration is often a major part of this movement. The role of social networks in helping migrants access jobs, shelter and security has been discussed in recent research (see for instance, Munshi 2003, Alvi and Dendir 2009). Risk sharing is an important part of the security provided by social networks. While conducting a survey1 for migrant cycle rickshaw2 drivers in New Delhi in 2012, we came across an interesting mechanism through which this aspect manifested – the courierwala3. 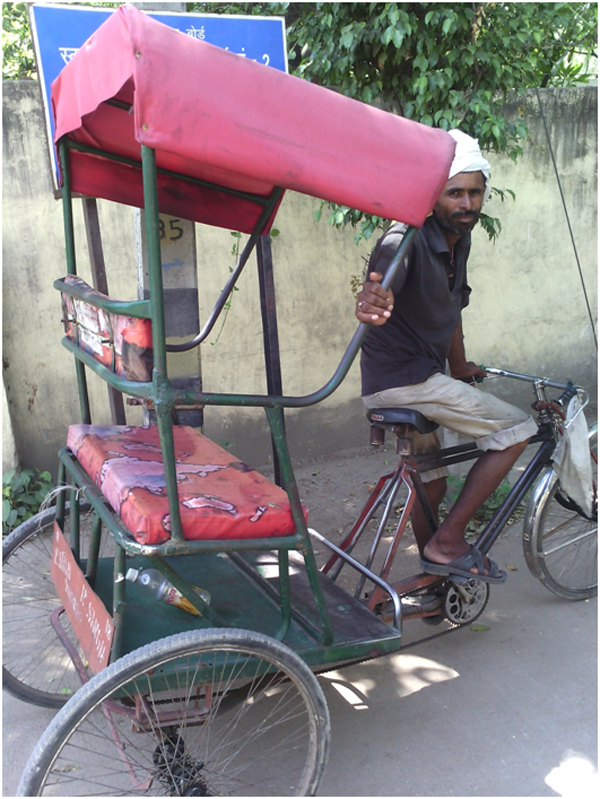 Most drivers are seasonal migrants, taking up rickshaw pedalling during the lean agricultural season. Due to limited finances and seasonal nature of their migration, they usually rent vehicles from rickshaw maliks (fleet owners) in the city, whose size of operations varies from owning less than 20 rickshaws to more than 700. These rickshaw drivers are illiterate or have little formal education, and lack formal identity proof in the city and even back home. They live in extremely modest conditions in the city, often sharing rooms or sleeping in rickshaw garages, in order to remit as much of their earnings as possible.

For these drivers, average monthly remittances, which almost equal savings, are low - a meager Rs. 5,000 in our sample. It is important to note that even this small income stream is erratic. Nonetheless, it is crucial for their sustenance in the city, as well as for their household back in the village. These characteristics make the rickshaw drivers of Delhi representative of the disenfranchised and vulnerable rural immigrant workers who form an integral part of India’s growing urban economies.

A key aspect of their vulnerability is little or no access to any formal financial institutions. This is required not just to insure against financial shocks that can push one into deprivation at such low levels of income, but also to facilitate the transfer of remittances. Quite unsurprisingly, only one-fifth of the sample uses bank accounts and another 10% relies on money orders. Others resort to sending money through a family member or village acquaintance, or carry it back on their own. Interestingly, a prominent 30% of respondents reported enlisting the services of a courierwala.

A courierwala is an agent who operates a hawala4 channel to transfer migrants’ remittances to their native villages. Typically, a rickshaw driver can hand over savings to his courierwala (also from the same village) in the city. Courierwalas have an agent positioned in the rickshaw driver’s village. Once the transfer is initiated in the city, families get the money almost instantly as the agent often uses his/her own reserves to carry out remittance delivery. The courierwala reimburses his agents later. A uniform commission of 4-5% is charged per transaction. Communication between a courierwala and his agent takes place over the phone. The actual settlement of accounts is sometimes electronic or takes place in person depending on the sophistication of the parties involved.

During our survey, we found that courierwalas operate at different scales, depending on the clientele. Sometimes, a courierwala is a rickshaw driver who happens to have a bank account. This driver-courierwala uses his bank account to transfer money for other people and charges a fixed commission from them in return for the service. However, the more interesting case is when this becomes a specialised business. This is what we observed for a cluster of migrants from Malda district of West Bengal, operating in the Lajpat Nagar area of Delhi.

Why and how the mechanism works?

The Mini Market area in Lajpat Nagar is a ghetto for migrants from Malda. These people are forced to migrate as the Bhagirathi River in Malda frequently changes course, submerging their agricultural lands. These rickshaw drivers form a close-knit community in the city. Besides conferring the usual advantages of a social network, this also leads to enhanced courierwala activity, moving beyond simple money transfer. 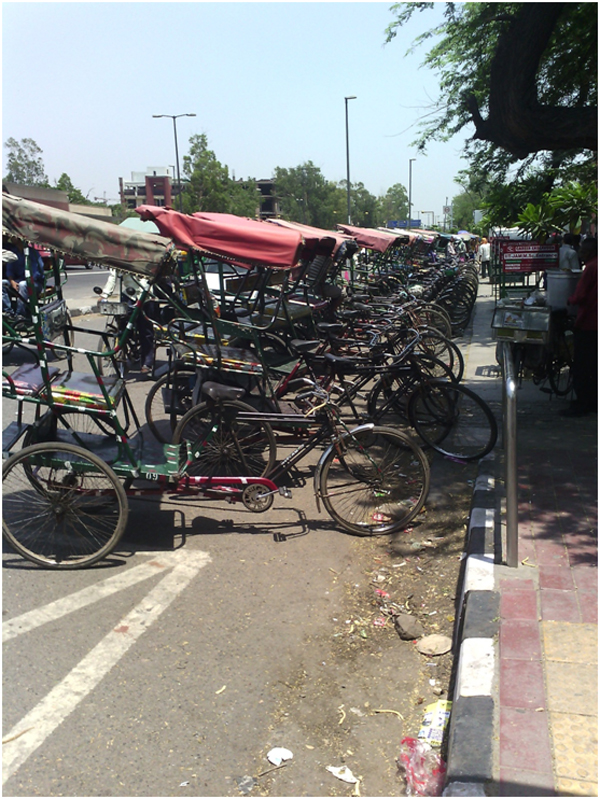 First, drivers often park their daily savings with courierwalas, who come around for collections each morning and maintain a ledger of accounts for clients. They debit money from a client’s accumulated savings when cash is to be sent home (delivered by agents that are in the village). Second, in case the amount the client needs to send exceeds his savings, the courierwala allows him to borrow the rest. Third, they provide consumption loans for meeting sustenance needs of the rickshaw drivers in the city. Consumption loans form a significant share for some drivers since they need money for unforeseen expenses in the form of medical emergencies or for other urgent needs. Although, both kinds of loans (for remittance or for consumption) are often at high weekly rates of interest (around 10% simple interest), they help in income smoothing for the migrant in the city as well as his family back home. Depending on the loan amount, the period for loan may vary and in case of non-payment, the interest rate rises for the remaining amount5. It is important to realise that this is a crucial safety net for this unbanked population.

One of the reasons why courierwalas here can provide these services is the relative homogeneity of their client population. The cohesiveness of the group makes it easier for everybody to keep a tab on everyone else. Thus, monitoring costs are reduced. Also, the threat of default is low as courierwalas loan money only to those who can be tracked in the village. Moreover, a smaller geographical spread of operations reduces costs for the courierwala, allowing him to expand scale. One interpretation of this arrangement can be that in the absence of explicit formal or informal risk pooling, the courierwalas are providing these services for a fee. This is enabled by the nature of the network.

To get a comparative perspective, we consider a similar population from the Katihar district of Bihar. These drivers also operate in Lajpat Nagar but have limited cordial interaction with the Malda group. Migrants from Katihar are not as closely knit, despite coming from the same district. They remain geographically and socially disaggregated. As a result, although courierwalas do operate for them, they may not provide additional services such as maintaining savings accounts and providing loans. We found no evidence of such operations in areas other than Lajpat Nagar either.

The absence of Malda like groups appears to have hindered the emergence of informal community-based risk pooling for migrants in other parts of Delhi. Moreover, formal financial institutions have not been able to fill this vacuum.

Common wisdom holds that informal sector migrants often shy away from formal financial institutions due to limited capabilities, such as low literacy, temporary nature of migration and lack of collateral. This is indeed true and is reflected in our survey results as well. Recently, there have been encouraging attempts in the financial sector to address these specific concerns. Services like SBI Tiny and Eko Financial have tailored their products to cater to large unbanked populations by introducing zero balance accounts, doing away with the ‘Know your Customer’ (KYC) documents requirement, providing attractive terms for money transfer, increasing accessibility through the Business Correspondent model6 and reducing paper work. This is an important step towards financial inclusion.

Nonetheless, we found that even though these initiatives exist in Delhi and are extremely relevant to the rickshaw driver population, they have not really taken off with this group. One reason for the lack of attractiveness could surely be lack of information. However, in light of our findings, it seems that there may be a deeper cause for limited reach of the formal sector, especially for the Malda group. Formal institutions are not able to provide short-term loans of the kind courierwalas do. As a result, courierwalas persist despite the exorbitant rates of interest charged by them.

Understandably, formal institutions too face constraints which restrict the variety of their operations. It is difficult for them to enforce the same standards of community monitoring as the courierwalas can. One possible strategy to address this could be to provide incentives for rickshaw maliks (owners) to be stakeholders in financial intermediation. Rickshaw owners are perhaps the most important city contacts for migrant rickshaw drivers. We found that not only do migrants find jobs with the same rickshaw owner each time they are in Delhi, but they also recommend fellow villagers to the same owner leading to clustering of migrants from same areas with one owner. This dynamic can play an important role in monitoring individual borrowers. A joint liability group type lending model could perhaps be explored in this context.