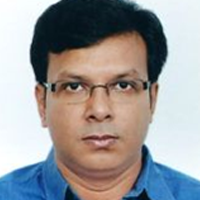 According to the 2011 Census, 17.4% of all urban households in India reside in slums. Analysing data from a household survey of slums in Delhi, Kolkata, and Mumbai, this column assesses living standards of slum-dwellers in terms of monetary and non-monetary indicators. It argues that policy choice and design for improving living conditions in slums need to be adequately tempered according to the nature and veracity of deprivations.

Slums are ubiquitous in the urban areas of many developing countries in Asia, Africa, and Latin America. Although urban centres serve as powerhouses of these economies, the urban population growth often outpaces both urban economic and institutional development (Fox 2014) and urban infrastructure - forcing surplus population to take shelter in squatters and slums. Between 1990 and 2012, the number of slum-dwellers in developing counties has increased from 650 million to 862 million (UN-HABITAT 2003).

Slums are informal settlements characterised by substandard housing, overcrowding and squalor, often considered either as “blight” of erstwhile prosperous area or as “staging areas” for immigrant poor (Frankenhoff 1967). The global development discourse is cognisant of the appalling living conditions of the slum-dwellers. The United Nations (UN), as part of Sustainable Development Goals (SDGs), have set a target of upgrading slums as well as reducing poverty in all its dimensions according to national definitions, by 2030. Achieving these targets requires appropriate policy design (Marx et al. 2013), which can be strengthened through proper understanding of slum-dwellers’ standard of living (SoL, hereafter) and the associated correlates.

India, despite the enormous economic growth of the past decades, homes a large number of slum-dwellers in its metro as well as tier-II cities. According to the 2011 Census, 17.4% of all urban household reside in slums. Urban India has had a long history of slums; various policies at different point in time have been undertaken and numerous bills have been passed to improve the living conditions of the slum-dwellers (Bag, Seth and Gupta 2016). The irony, nevertheless, is that most policies are often ad hoc, city specific and preoccupied with slum clearance, if not arbitrary.

How do the slum-dwellers in India fare in terms of SoL? Are there household- and slum-level characteristics that are particularly correlated with their SoL? In a recent working paper (Bag and Seth 2016), we examine these questions, based on a household survey in the slums of Kolkata, Mumbai, and Delhi during 2013-2014 as part of the EU-funded project “NOPOOR”. We have used a primary survey because the existing large-scale national sample surveys either do not have slum identifiers or do not collect monetary information. National surveys also do not adequately represent slum populations (Agarwal 2011, Carr-Hill 2013).

A key message from our analysis is: policy choices and designs for improving slum-dwellers’ SoL need to be adequately tempered according to the nature and veracity of deprivations that are often non-monetary in character. Our findings may question the efficacy of the usual monetary-based policies in automatically improving the non-monetary dimensions of slum-dwellers’ living conditions.

However, monetary indicators are resource-based and are criticised for failing to appropriately capture the capabilities that transform resources into well-being (Sen 2001). Besides, SoL is inherently multidimensional and is hard to gauge using any single indicator, which is now being increasingly acknowledged by international organisations such as the UN2 and the World Bank.

We capture the non-monetary SoL, which is multidimensional in nature, by using a counting approach framework (Atkinson 2003, Alkire and Foster 2011). Under this framework, the level of SoL of a household is reflected by counting the number of deprivations, related to various indicators, that the household suffers simultaneously. A higher count reflects greater deprivation and lower SoL. Table 1 summarises the proposed set of indicators (left column) and the criteria to identify the deprivation of each household for each indicator (right column). 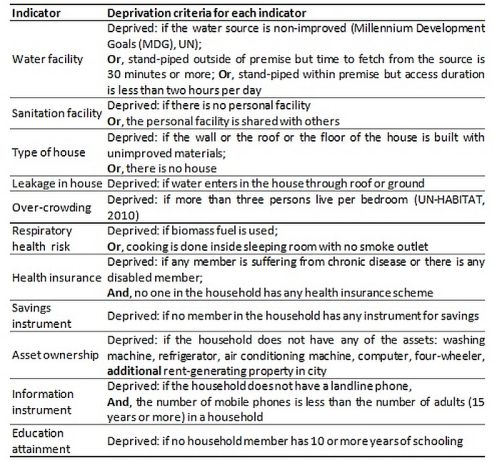 Figure 2 (Panel A) presents the incidence of deprivations in each indicator. Clearly, incidences vary both across cities and across indicators, and looking at them in isolation does not provide a conclusive comparative picture.

Figure 2. Incidences of deprivation in non-monetary indicators and the distribution of simultaneous deprivations

Crucially though, the correlates that are differently associated may call for revisions in existing slum policies.

First, within each city, we find that caste is not correlated with monetary SoL. In fact, SC/ST (Scheduled Castes/Tribes) households without any caste reservation certificates are not monetarily worse off than the general-category Hindu households. Interestingly, however, these SC/ST households are consistently worse off in non-monetary terms. Due to the lack of caste identity proofs in cities, they are left out of affirmative action policies, which, along with other forms of social exclusion, may lead to perpetual non-monetary deprivation. Monetary assistance may not, by itself, ameliorate this non-monetary deprivation. This finding calls for a review of the strategies relating to the issuance of caste certificates by government agencies in urban areas.

Second, although households in protected slums in Mumbai have higher per-capita incomes, they are not better-off in non-monetary terms than those in unrecognised slums. This observation questions the UN’s prevailing notion of improving SoL in slums through tenure security. The Rajiv Awas Yojana (RAY) scheme for assisting poor households in slums to construct or renovate their houses has been in existence for a decade now, but the scheme can be availed only by those with legal ownership status. The Indian slum Acts, however, do not confer ownership rights on slum inhabitants. This needs to be addressed.

Third, we observe some contradictory regional ranking within cities. For example, slum-dwellers in certain areas of Delhi have, on average, higher earning potential and incomes, vis-à-vis those in other areas of Delhi. However, they are more deprived in terms of non-monetary indicators such as ‘type of house’. Thus, geographic targeting priorities should not merely be based on monetary deprivations, but also take into account crucial non-monetary deprivations.

Fourth, in Kolkata and Mumbai, we observe that households in tenement settlements (Thika or Pagdi) to be consistently non-monetarily worse off (even when they are not observed to be worse-off monetarily) than those who own their houses largely due to obsolete land tenure arrangements, institutionalised neglect or discrimination. Furthermore, many tenement settlements face status quo under different tenancy acts and ‘rent control’. Their distress call for new laws to confer property rights on them.

To sum up, we argue that it is important to focus on improving the non-monetary SoL of slum-dwellers in addition to monetary SoL. At the household level, SoL may be improved by targeting desired indicators (example, housing, cooking fuel, savings instruments, etc.) with specific schemes. At the community level, SoL may be improved by targeting infrastructural inadequacies (example, piped water, sanitation, drainage etc.). Finally, it is crucial to deal with the legal aspects related to tenure security in slums through political will.