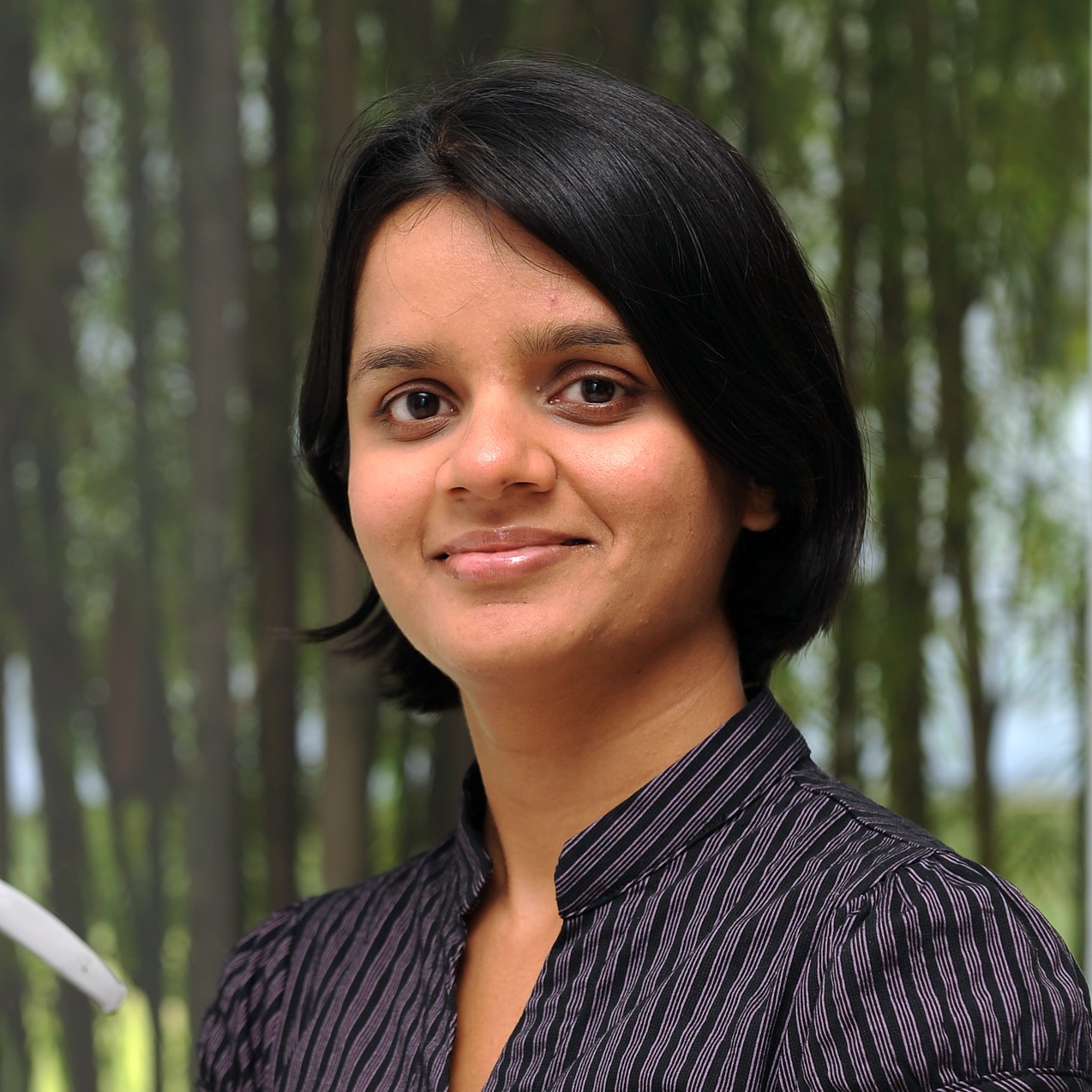 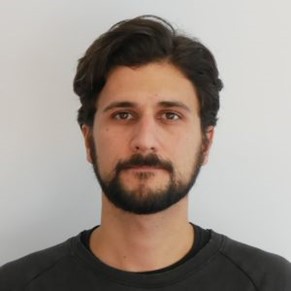 While overall energy access of Indian households has improved rapidly over the past decade, access to clean fuel is still low as compared to electricity. Besides, social structures and hierarchies continue to substantially influence rural development processes in the country. Using data from a household panel survey conducted in six Indian states during 2015-2018, this article analyses inequities in access to clean fuel and electricity among scheduled castes/tribes.

Household energy access in India has improved rapidly over the past decade. According to the International Energy Agency, electricity access rates increased from 72% in 2008 to over 95% in 2018. In contrast, LPG1 (liquefied petroleum gas) access is far poorer and rose from just 32% in 2008 to 49% in 2018. Has this progress in electricity access benefitted the most marginalised and vulnerable households? In new research, we examine energy access for marginalised communities in rural North India in terms of LPG and electricity connections (Pelz, Chindarkar and Urpelainen 2020).

In India, historically fluid social structures and hierarchies that solidified under British rule, continue to influence rural development processes – especially within marginalised caste-based and tribal communities formally defined as Scheduled Castes (SC) and Scheduled Tribes (ST). Because of unequal access to opportunities and a long history of discrimination, SC/ST households lag behind in rural development. Examples of these inequities range from poorer development outcomes for SC/ST farmers during the Green Revolution in the 1950s and 1960s to present-day disparities in access to education, jobs, and capital for entrepreneurship (Mosse 2018).

This inequity can also be seen in energy access. In the six states that we study – Bihar, Uttar Pradesh, Madhya Pradesh, Jharkhand, Odisha, and West Bengal – SC/ST households in rural areas had significantly worse electricity and LPG access rates in the 2011 Census of India. For example, in rural Bihar, SC/ST households had over 20 percentage-point lower rates of electricity access and 15 percentage-point lower rates of LPG access than other households in 2011.

Over the past two decades, the Government of India has launched a series of policies to enable universal energy access. Initiated in 2005, Rajiv Gandhi Grameen Vidyutikaran Yojana (RGGVY), merged three ongoing schemes at the time – rural electrification under the Minimum Needs Programme, Kutir Jyoti, and Accelerated Electrification of one lakh villages and one crore households. RGGVY aimed at setting up electrification infrastructure in rural areas as well as providing individual connections to all rural households. The introduction of the Deen Dayal Upadhyaya Gram Jyoti Yojana (DDUGJY) in December 2014, which subsumed RGGVY, broadened the policy focus from merely increasing electricity access to also improving quality of electricity access. In addition, households not connected to the grid were included in the electrification agenda under the Pradhan Mantri Sahaj Bijli Har Ghar Yojana or Saubhagya scheme launched in September 2017.

Subsidies have been the main policy instrument used for expanding access to LPG. However, these subsidies are not means-tested2 and this has resulted in the inequitable distribution of LPG. To address these distortions, the Direct Benefit Transfer Scheme for LPG (DBTL scheme) was introduced in 2013. The mechanism of DBTL was to transfer the subsidy amount directly to the eligible beneficiary’s bank account after an LPG cylinder was purchased. In May 2016, the Pradhan Mantri Ujjwala Yojana (commonly referred to as Ujjwala) was launched. Under this scheme, to increase the uptake of LPG, households are provided an LPG connection and initial installation free-of-cost. While households are responsible for purchasing their own LPG gas stoves and refilling the cylinders at market price, they can opt to avail a loan or write-off the costs against the subsidy amount received. Therefore, the mechanism of transferring the subsidy amount remained similar to DBTL, that is, post-purchase. The key difference is that under Ujjwala, the subsidy is transferred to the bank account of the female beneficiary in the household.

Overall, the policies introduced to increase access to electricity and LPG, and improve the quality of electricity access suggest a pro-poor preference. Coverage is either universal or beneficiaries are identified through the 2011 Socioeconomic and Caste Survey. Nevertheless, gaps continue to persist with regards to inclusion of historically marginalised communities. The policies lack explicit details on inclusion of these communities, particularly on adequacy of electricity supply provision and last-mile delivery of LPG cylinders. Much is left to state-level implementation, which may only perpetuate structural inequalities, if inclusion is ambiguously defined or only aggregately examined.

Have these policies helped rural SC/ST households? We report results from the ACCESS household panel survey conducted by the Council on Energy, Environment and Water (CEEW), Initiative for Sustainable Energy Policy (ISEP), and National University of Singapore (NUS), during 2015-2018.3 The sampling design provides a representative sample of rural areas across the six contiguous states that are a part of the survey.

To track energy access outcomes, we examine changes between 2015 and 2018, by socioeconomic group. The outcomes tracked include LPG connection, household electricity access, daily hours of electricity supply, and days without electricity per month.4

Beginning with LPG connectivity, the results show that inequities in connection rates among SC/ST households – relative to all others – reduced by 4.6 percentage points, controlling for wealth and other factors. A disaggregate analysis suggests that this result is largely driven by improvements among SC households, whereas inequities persisted among ST households. No differences in the rates of LPG home delivery were identified, though this does not describe differences in utilisation and refill rates.

In contrast, we find that electricity access rates improved in parallel for SC/ST households relative to all others, indicating that inequities persisted. A disaggregate analysis once again suggests that SC households might indeed have seen a slight reduction in connection rate inequities whereas the gap widened among ST households, although this was not found to be statistically significant.

Looking beyond connection rates, SC/ST households’ daily hours of supply and outage frequency did not improve at the same pace as others. Specifically, daily supply hours improved by 1.4 hours less and monthly outage days reduced by one day less relative to others.

Finally, we note that household energy access policies in India are targetted towards below-poverty-line (BPL)/ Antyodaya Anna Yojana5 (AAY) households and currently do not include specific clauses supporting marginalised SC/ST households. We find that the energy access inequities between BPL/AAY households and all others have reduced in terms of LPG connection (by 11.8 percentage points) and grid connection (by 7 percentage points). In terms of electricity supply quality, the trends are similar to those observed between SC/ST households and all others, though less extreme. The evidence suggests that states have indeed focussed on increasing connections among BPL/AAY households, with less attention being paid towards improving supply quality.

India’s pro-poor energy policy reforms – with the goal of universal energy access – are effectively addressing wealth-related inequities, but efforts towards providing reliable electricity supply have room for improvement. At the same time, whether the benefits of these policies accrue to marginalised SC/ST households is unclear, at least in the short term. Although inequities in SC/ST households’ access to LPG are decreasing, this seems driven largely by improvements for SC households, whereas inequities persist among ST households. Inequities in electricity access remain consistent, but the gap seems to be widening in terms of reliable electricity supply. These findings underline the importance of multidimensional and disaggregate measurement of energy access trends to inform inclusive household energy policy reform.

Further efforts to bridge the energy access gap require attention to three key areas. First, some marginalised communities in remote areas still lack electricity access. Because of challenging geography and low electricity demand, many of these communities could benefit from decentralised renewable energy solutions, such as solar home systems. Second, ST households in particular still do not have access to a reliable supply of LPG for cooking. Removing bottlenecks related to affordability and delivery could help bridge this gap. Finally, improving the quality of electricity supply in rural areas across the board will help marginalised communities. A logical next step would be to develop programmes to help marginalised communities gain access to key energy services, from cooling to internet access.

Out of power? Political capture of the Indian electricity sector