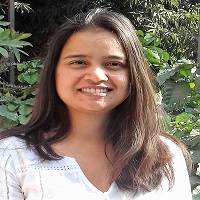 A means of urban development financing that has emerged in Indian cities is real estate cross-subsidisation, whereby land along the mass rapid transit system corridors is offered to private developers for commercial real estate projects, which can then be sold to generate revenue. Based on case studies in Karnataka and Kerala, Meenakshi Sinha provides insights into some of the governance challenges associated with such processes.

MRTS projects are a form of modern rail-based transportation systems that are highly capital intensive with large initial costs. Moreover, due to the long gestation period associated with these projects, they require long-term financial support (Lal and Anand 2009). Hence, public funding alone is insufficient. Consequently, urban development authorities and state governments, within whose domain these projects fall, have resorted to raising money through other innovative mechanisms such as land-based financing. The central government provides budgetary support to state governments for implementation of MRTS projects, subject to a ceiling of 20% of the capital costs. However, this is contingent on resource mobilisation by states from non-budgetary sources, through exploitation of their own land resources, private participation, and so on (Ministry of Urban Development, 2014). The lack of financing capabilities of municipalities to successfully fund large-scale urban development projects further encourages state governments to leverage land as a potential revenue-generation source. Thus, land-based financing through conversion of land into commercially viable real estate projects has gained currency as a means of cross-subsidising otherwise expensive MRTS projects.

Evidence from Karnataka and Kerala

As part of the Bangalore MRTS project, an integrated real estate project, namely Mantri Square Sampige Road Metro Station, was executed on a public-private partnership (PPP) basis between the project implementing agency, the Bangalore Metro Rail Corporation (BMRC) (a Special Purpose Vehicle)1 and a private developer, Mantri Developers. The integrated development project consists of a 32-storeyed residential complex and a 27-storeyed commercial complex alongside the Sampige Metro Station within the city of Bangalore. The land for the project was acquired as part of the land acquisition proceedings for the Bangalore MRTS project itself. My fieldwork2 uncovered that the project has been mired in multiple controversies including illegalities in transfer of land to the private developers, violation of local planning laws, favouritism in allocation of the PPP deal, and limited benefits of the deal accruing to the BMRC.

Similar to the Bangalore project, a commercial township was proposed as part of the Kochi MRTS project that was executed by Kochi Metro Rail Corporation (KMRL), again through an SPV. The construction of the project involved acquisition of land in a protected, ecologically-fragile peri-urban zone3. During fieldwork interviews in Kochi it was revealed that the project faced resistance from members of the local village council who believed that the project would cause grave damage to local environment and biodiversity, and would lead to flooding in the area causing misery to the local populations. However, despite objections from the local village council, about 300 acres of land were converted for the project. As of May 2016, I was informed by a source in the field that the division bench of the High Court of Kerala has issued a stay on the project, and a case in connection with the project was pending in the court.

While the nature of land acquired and land acquisition proceedings in the case studies were different, some key similarities can be seen in the patterns of land expropriation, and processes of project planning and development of the two integrated commercial real estate projects. The land for both projects was initially acquired for public purpose, and this was later changed to commercial use without the required administrative and public deliberation procedures. The sanctioning of both projects occurred in violation of the local planning laws. The state governments have had a crucial role in facilitating land transfers for these projects. In both Karnataka and Kerala, documentary sources collected during fieldwork revealed that the objections raised by local planning authorities to changes in land use were overridden through mandates issued either at the state government level or by other state officials acting on behalf of the state government. In case of Mantri Square Sampige Road Station, the local municipal corporation of Bangalore objected to the land transfer to private developers on the basis of an inquiry conducted by the local municipal corporation of Bangalore that maintained that the land transfer had occurred fraudulently. However, the local municipal corporation was overruled by the urban development department of the state. Similarly, in Kochi while the local village council (which was empowered by the state law to scrutinise any land transfer within its jurisdiction) withheld its sanction to the project, another state-level official issued an extraneous government order allowing for conversion of the land.

Apart from illegalities in land transfers, the two projects have also come under scrutiny for practices of favouritism to certain interest groups in the private sector. In case of Mantri Square Sampige Metro Station, local NGOs in Bangalore alleged that procedures were tweaked during the allocation of tenders to benefit Mantri Developers, the partner private real estate company in the project. Moreover, the PPP deal struck for the project disproportionately benefitted the private developers, while bringing in little gains to the BMRC. Similarly, the local village council in Kerala contended that the Kochi metro village project had been implemented in extreme haste to benefit certain real estate groups allied to political parties within the state. Moreover, the execution of these projects occurs through SPVs (BMRC in Karnataka and KMRL in Kerala), which further excludes them from the purview of local accountability mechanisms, as the SPVs report directly to the urban development department of the respective state. This renders the process of project execution highly opaque and susceptible to practices of favouritism and corruption.

Analysing processes of real estate cross-subsidisation instituted as part of urban development projects reveals interlinked changes occurring at the interface of urban governance and resource allocation within cities. In this context, I put forth two key insights based on my study. Firstly, the implementation of commercial real estate projects as part of cross-subsidisation strategy for the MRTS projects is bypassing local planning laws and procedures through orders issued at the state government level on behalf of SPVs. Such acts of expediencies may have facilitated the implementation of the MRTS projects, but they are also representative of a project-centric rather than comprehensive model of city planning processes and development. The exclusion of local agencies must also alert us to the undemocratic practices of governance creeping into Indian cities. Secondly, the lack of transparency in PPP deals calls for measures to ensure effective regulation and planning in the ways in which urban resources, particularly land, is allocated and used.

Does choice of procurement contract matter for cost and quality of infrastructure?