Death penalty for gender-based violence: A band-aid solution for a broken system 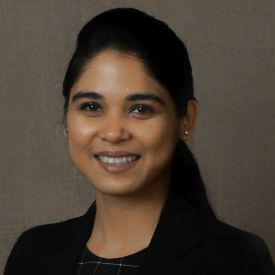 In 2018, Government of India amended the Protection of Children against Sexual Offences (POCSO) Act, 2012 and the Indian Penal Code to provide for death penalty for rape of children under 12 years of age. Shreeradha Mishra argues that while capital punishment might provide the illusion of justice, it is purely retributive in approach, and does not seek to offer any preventive solutions to tackle the problem of sexual violence.

The brutal rape and murder of the twenty-seven-year-old veterinarian from Hyderabad in December 2019, eerily reminiscent of the 2012 Delhi gang-rape case, once again jolted the collective conscience of the country. Thousands took to the streets to demand justice, and the familiar demand to ‘hang the rapists’ was reiterated. Within a week of the incident, news broke that the Hyderabad police had shot dead all four accused in an encounter. In a news report by the BBC, the victim’s mother applauded the police, “My daughter's soul is at peace now. Justice has been done. I never thought we would get justice. No other girl should experience what my daughter did.” The case now stands closed.

Several uncomfortable unanswered questions prevail: Will we find out if the four accused were the real perpetrators? Is it constitutionally acceptable for extra-judicial encounters to masquerade as justice? Will this act of ‘justice’ prevent the next incident of sexual violence against a woman or a child? As is known, these questions inhabit the realm of the rhetoric.

The 2017 report, on Crime in India, by the National Crime Records Bureau (NCRB) draws attention to the fact that 33,658 cases of sexual assault and rape were reported in 2017. In the seven years since the 2012 Delhi gang-rape case, very little has changed. The outrage that led to a reinforcement of the populist demand for death penalty for sexual violence and an amendment to the Juvenile Justice Act to try juveniles aged 16 and above as adults in cases of heinous offences, has not been enough in limiting and preventing crimes of sexual violence against women and children. As India awaits the hanging of the accused in the 2012 Delhi gang-rape case, it is essential to address the elephant in the room and speak about how a system that invests heavily in retribution instead of implementation of measures for safety of women and children, is going to bring about the desired systemic change.

At the heart of sexual violence against women and children lies the complex issue of a mindset of patriarchy and a culture of misplaced power dynamics that India and its law-makers have been unwilling to tackle at a systemic level. In its stead, the demand for the death penalty has been pandered to. While capital punishment might provide the illusion of justice, it is purely retributive in its approach and does not look at offering any preventive solutions to tackle issues of sexual violence.

Adverse impact of death penalty on survivors of sexual violence

Following the 2018 rape and murder of an eight-year-old girl child from a pastoral community near Kathua district in Jammu, the government announced an amendment to the landmark Protection of Children against Sexual Offences (POCSO) Act, 2012 and the Indian Penal Code (IPC) to provide for the highest possible punishment in a criminal justice system – the death penalty for rape of children under 12 years of age. The narrative of justice by death was thus reinforced through a legislative and judicial process influenced by popular opinion and media activism. The judgment was applauded all over the country, and appealed to the collective public conscience, much like the judgment for the December 2012 Delhi gang-rape case.1 What the public, the media, the law-makers and the keepers of the constitution – the Supreme Court – did not engage with, however, was whether their approach to the problem of sexual violence against women and children was a myopic, consequence-oriented approach instead of being a solution or reformation-oriented one.

The idea that the death penalty for crimes of sexual violence is an effective deterrent is a flawed premise which needs to be engaged with at a fundamental level. What it does is assuage the righteous moral sentiments of the public – a band-aid solution and populist approach – instead of identifying the cause and working towards a more effective solution. The system condones the death penalty without realising that the elimination of a criminal does not warrant the elimination of the crime. As satisfying as it may appear to the public morality as a fit act of justice, delivering the death penalty in cases of sexual abuse has several adverse impacts on the victims. It comes with a high psycho-social cost, given the extremely sensitive nature of the crime and the stigma attached to being a survivor of sexual abuse. This proves especially problematic in cases of child sexual abuse, given (frequently) the lack of agency of the child involved in the case.

The NCRB data in 2016 revealed that in 94% of the cases of child sexual abuse, the perpetrator of the crime was known to the victim in the capacity of a neighbour, an employer, a relative, or any other known person. What this effectively means is that victims in 94% of cases of sexual violence will have to choose between staying silent or reporting the crime at the risk of sending someone they know (in many instances a close family member) to the gallows. Ultimately, this leads to a reduction in the reporting of cases of sexual violence.

A study conducted by the Centre for Child and the Law (CCL) of the National Law School of India University (NLSIU), Bangalore across five states in India found that a majority of child survivors of sexual abuse turned hostile (67.5% in Delhi, 47% in Maharashtra, and 94% in Karnataka) during a trial in cases where the abuser was known to them, which contributed to low conviction rates (only 28%). With the introduction of the death penalty for child rape, the possibility of the survivor turning hostile to the case, or even refusing to report the abuse, is very high – a fact highlighted by child rights groups and anti-death penalty activists alike.

The need to focus on existing legislation and building stronger systems

In order to develop a systemic approach towards tackling crimes of sexual violence, the state needs to move beyond giving in to punitive urges that will appease the public, and instead focus on how the issue can be substantively engaged with. An important consideration towards this effect is to focus on strengthening existing legislation.

The POCSO Act, 2012 was formulated to effectively address sexual abuse and exploitation of children by creating a space for a more robust and sensitive legal system. However, in the seven years since its introduction, the government has not addressed the implementation issues within this landmark legislation. While the Act defines and calls for a number of special provisions and systems, including special courts for speedy trials, very little has been done to build the capacity of the system to be able to implement the law not just in letter but in spirit too. Studies conducted by leading child rights groups, including CCL and HAQ: Centre for Child Rights, confirm this lapse in implementation. POCSO is a sound law on paper, it is necessary to set up effective machinery for its implementation in order to realise it in practice. The difference between de jure and de facto remains. Given that the special provisions under this legislation acknowledge the extremely sensitive psycho-social aspects of the crime it seeks to address, eliminating this difference is imperative. Building a stronger culture of social justice can be made possible by perceiving justice not just through a retributive angle, but also through a preventive and restorative approach. While there is no debating the fact that the offender must be taken to task, the nature of the crime demands a nuanced understanding of justice. With the evidence of the adverse impact of capital punishment in cases of sexual violence, it is important to recognise what the real needs of the victim are, both within and beyond the justice system. It is equally important to adopt an approach towards the perpetrator that aims to get to the root of the problem, in order to work towards a preventive mechanism rather than a retributive one. “…limiting the violent patriarchies that cause rape in the first place”, as Supreme Court lawyer Karuna Nundy pointed out, is at the crux of the matter.

Addressing judicial delays, sensitising police officials to deal with gender-based violence, simplifying processes for reporting, and most importantly, involving men in conversations on preventing violence against women and children are some measures that need to be focused on.

To truly address the wrong done, the legislative and legal system needs to rethink its approach of meting out drastic retributive measures as sufficient. A restorative approach explores what survivors need in order to heal from the harm done and helps create mechanisms to meet those needs. The aspiration of a wholesome, functional justice system, and society, should also be to repair the harm that has been caused. With the introduction of the death penalty for sensitive crimes such as sexual abuse of children, we have moved farther away from true justice, to a veiled, misunderstood, and medieval method of justice.