Agriculture and the Union Budget: policies and prospects 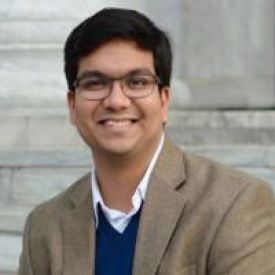 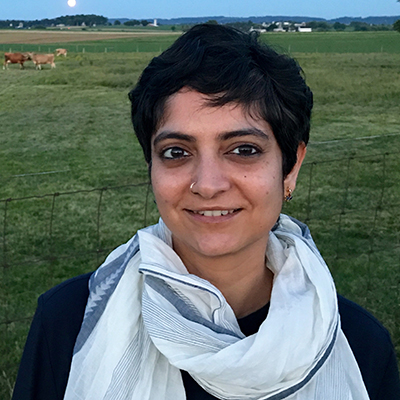 In this post, Shoumitro Chatterjee and Mekhala Krishnamurthy analyse the key proposals in the Union Budget 2019 pertaining to reforms in agricultural market, ease of doing business for farmers, and agricultural research and extension.

After months in the political spotlight, on Friday, agriculture was conspicuous by its relative absence in the Finance Minister’s presentation of the 2019 Union Budget. If one turns to outlays, at least at first glance, this impression seems to stand corrected. The allocation for 2019-20 is a historic Rs. 151.511 thousand crore, an increase of approximately Rs. 65,000 crore over last year’s revised estimated allocation of Rs. 86.6 thousand crore. However, half of this allocation is towards one new scheme alone: PM-Kisan, the Government’s new flagship cash transfer scheme for farmers, which itself, surprisingly, remained unmentioned in the Budget speech. Once we account for the allocation to PM-Kisan, we note a net reduction of Rs. 10,000 crore for agriculture in this year’s Budget.

But, let us focus on the policy priorities for agriculture that were highlighted by the Finance Minister. After leading in with electricity, cooking gas, roads, fisheries, traditional industries, bamboo and timber, energy generation, dairy and cattle feed, and pulses self-sufficiency, two key areas for reforms and intervention in agricultural markets found mention. The first was the creation of 10,000 new Farmer Producer Organisations (FPOs) over the next five years to enable greater aggregation and participation for small and marginal farmers in markets and commodity chains. The second was the Centre’s intention to work with state governments to enable farmers to benefit from e-NAM, the Government’s flagship scheme to build an electronically integrated National Agricultural Market (e-NAM). Towards this end, the perpetual goal of reforming state-level agricultural produce marketing acts was once again reiterated.

Both the regulatory reform of the APMC (agricultural produce market committee) mandi system and the development of a National Agricultural Market require serious political commitment, public investment, technical resource support, and institutional capacity if the Government is to move from intention to effective implementation over the next five years. Not only does the process involve deep and sustained regulatory reforms and synchronisation, its success will depend on context-specific investments in strengthening physical agricultural markets, especially at the primary level, where markets matter most to farmers. Indeed, this is precisely the opportunity that e-NAM presents since the electronic platform is tied to the physical market site. In its current avatar, the mandi is the site where quality verification, grading, e-bidding, and transactions occur and it forms the critical back-end for the transfer and movement of agricultural produce.

Thus far, however, the focus has remained on creating systems for electronic ‘bidding’, and as we are seeing in field sites across the country, much more needs to be done – across regions and commodities – before we arrive at electronic ‘integration’ across markets, as the final goal (Krishnamurthy 2019). In this regard, the record on budgetary allocations and expenditures towards strengthening agricultural markets on the ground raise serious concern. In 2017-18, the budgeted expenditure for the Integrated Scheme for Agricultural Marketing was Rs. 1,238.40 crore, while the actual expenditure was only Rs. 637.54 crore, representing an actual utilisation of merely 51.5% of the budgeted allocation. Given, the Government’s stated commitment to reforming agricultural markets as a critical strategy towards doubling farmers’ incomes, addressing this significant gap in absorptive capacity in the development of marketing infrastructure and regulation should be a top priority.

The Finance Minister expressed the Government’s vision that “Ease of doing business … should apply to farmers too”. Importantly, this can only be done by expanding and deepening regulatory capacity and addressing key structural constraints in agricultural marketing at all levels. This is both a public investment and institutional challenge. The current APMC-mandi system must be opened up to facilitate greater competition through multiple marketing channels and market integration. However, there is enough evidence to show that farmers’ terms of exchange in markets do not simply improve on their own with the repeal of existing acts, and regulatory vacuums do not encourage market development and competition. Moreover, enabling access and participation is not restricted to domestic markets. Stocking limits and arbitrary bans on exports also hurt the aforementioned vision.

Cash plays a vital role in facilitating exchange between farmers and local buyers (predominantly, traders and commission agents) in primary markets. It is worth reminding ourselves that for the overwhelming majority of Indian farmers, such exchange is characterised by private – and often unregulated – transactions, untouched by the declaration of Minimum Support Prices and public procurement (Chatterjee and Kapur 2017). Here, while direct bank transfers may be widely effective as a means for governments to reach farmers, this is extremely far from the reality in routine transactions between farmers and traders in agricultural markets. As was vividly demonstrated in the aftermath of demonetisation, India’s agricultural marketing system runs on cash, and disruptions in cash availability have serious repercussions. Little has changed on this account. Therefore, it remains to be seen what effect the new tax on annual cash withdrawals over Rs. 1 crore will have on the actions of agro-processors and regional traders who will need to ensure that large volumes of cash stay in circulation in primary markets.

Like e-NAM, the announcement about FPOs also continues to build on a strategy that has received considerable policy emphasis over the last few years. However, as with building a National Agricultural Market, it is increasingly apparent that supporting FPOs is fundamentally an ecosystem challenge and requires significant resource support and institutional capacity building. This needs long-term public investment and will not be met by private capital and by profit-generation, certainly not in the short term. Existing FPOs are already confronting serious challenges in sustaining themselves through input and output aggregation activities in dynamic and volatile agricultural markets.

Finally, expanding resource support will become all the more critical if the Government is serious about the stated shift towards increased diversification in cropping patterns and the adoption of approaches such as Zero Budget Natural Farming, which was highlighted in the Budget. Agricultural research and extension will need renewed public investment and revitalisation. Unfortunately, this does not seem to be on the table: the allocation for Crop Science is down Rs. 100 crore from Rs. 800 crore to Rs. 702 crore, while the allocation for Agricultural Universities has been cut by Rs. 119 crore from Rs. 685 crore in 2018-19 to Rs. 566 crore for this year. The importance of both public research and public extension in any national agenda to transform Indian agriculture cannot be overstated, especially as the realities and risks of climate change intensify.