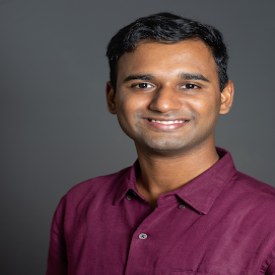 Early life learning is known to influence later life outcomes like schooling, employment, and income. It is thus vital to identify strategies to enhance child learning in schools. This article examines the effects of parental education on child learning outcomes by leveraging the variation in access to schooling for parents arising out of the implementation of a national school construction policy in India.

Developing countries around the world have largely succeeded in raising school enrolment rates. However, these improvements have not always led to commensurate improvements in learning outcomes (Glewwe and Muralidharan 2016). India has had near-universal primary school enrolment rates since 2009, but learning levels remain abysmally low – Annual Survey of Education Report (ASER) data for 2016 show that only 43% (28%) of third graders could read a vernacular text (solve a two-digit subtraction problem). This is also reflected in the fact that India is ranked 115th on the Human Capital Index (released by the World Bank).

A large body of evidence explores the consequences of early life learning on later life outcomes such as schooling, employment, and income (for example, see Glewwe 1996, Chetty et al. 2011 and Kaila et al. 2018). It is thus vital to identify strategies that can be used to enhance child learning in schools. In recent research, I examine one important input for child learning – parents’ education (Sunder 2018). I study the effects of parental education on child learning outcomes by leveraging the exogenous (external) variation in access to schooling for parents arising out of the implementation of a national school construction policy in India.

The DPEP was a school construction programme rolled out by the Government of India, in collaboration with partners, between 1993 and 2004 across 271 districts in 18 states. The programme built over 100,000 primary and upper-primary schools and benefitted more than 50 million children.

DPEP was targeted towards districts with female literacy levels below the national average at the time of programme initiation (39.2%). This assignment rule led to a jump (discontinuity) in the probability of receiving the programme around the threshold of 39.2% district female literacy – the likelihood of programme exposure for districts just below the cut-off being significantly higher than that of districts just above the cut-off. This set-up lends itself to the use of a Regression Discontinuity (RD) framework1. Using this empirical strategy, I find that during the time that DPEP was in place, a typical DPEP district received 258 more government schools than a comparable non-DPEP district, which translated to a relative increase of 0.21 government schools per 1,000 population in the DPEP districts.

DPEP was not initiated at the same time across the country (Azam and Saing 2017). Thus, ascertaining the exact date when a district received DPEP is critical to identify the people who would have benefitted from this scheme. I gather and use national-, state-, and district-level reports on programme implementation from government archives to understand the exact start date of DPEP for each of the 271 DPEP districts. I treat the date that a district first received DPEP funds to mark the beginning of the programme in the district.

Since the majority of the schools constructed under DPEP were primary and upper-primary schools, the people who benefitted directly (the direct beneficiaries) were those who were of primary school age (5 to 14 years) at the time. I estimate the direct effects of the programme by comparing people of this age group living in districts within a bandwidth of districts on either side of the RD cutoff2. Using national household survey data from multiple rounds of the District Level Household and Facility Survey (DLHS), I find that the enhanced availability of schools due to DPEP led to increased enrolment (8 percentage points (p.p.)), educational attainment (0.8 years), primary school completion (7 p.p.) and literacy (8 p.p.) among direct beneficiaries (similar to Khanna 2018) . Both male and female beneficiaries benefitted similarly from DPEP.

In order to identify the intergenerational (or indirect) effects of DPEP, I compare the outcomes of children whose parents were of school-going age (5-14 years) during the DPEP years and resided in districts on either side of the RD threshold. To isolate the indirect effects stemming solely from the programme (in other words, those that were channeled through parental educational attainment), I focus on children who started school after DPEP ended in 2004.

Using child test score data for all years between 2007 and 2014 (from the ASER), I find that on average, children of female DPEP beneficiaries perform better on standardised tests on reading (0.19 standard deviation (SD))3, math (0.18 S.D.), and English (0.09 S.D.) than comparable children of non-beneficiaries. However, the performance of an average child of a male DPEP beneficiary is not statistically significantly different from that of an average child whose father was in a non-DPEP district. While my results indicate that mothers are clearly able to transmit their human capital to the next generation, I am unable to reject the hypothesis of equality between the effects on the mother and father beneficiary samples.

The findings from this analysis show that school infrastructure programmes have substantial intergenerational impacts, consequences that should be taken into consideration in the cost-benefit analyses that are conducted to guide policy discussions.

Additionally, my research demonstrates that parents, particularly mothers, play an important role in shaping their children’s learning abilities. This is in line with the findings of other studies (such as Andrabi et al. 2012, and Banerji et al. 2017) that show how improving the skill set of mothers could go a long way in boosting child performance on tests. The growing evidence base on maternal contribution to child learning highlights the need for policies that target parents as a means to improve educational outcomes for children (Glewwe and Muralidharan 2016). These reforms should complement, and not substitute, the school-based efforts explored in the education literature (reviewed in Muralidharan 2013).

What do children in rural India do in their early years?