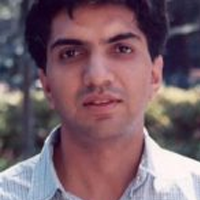 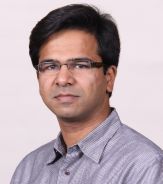 The GST is a single nationally unified indirect tax and as such possesses all the advantages and disadvantages of a Value Added Tax (VAT)-type system in an emerging economy. In this article we first briefly outline the key advantages of a well-run VAT system and then describe some of the challenges faced in implementing a VAT system in India. Finally, we outline some features in the GST that attempt to address these challenges and provide some critical commentary.

VAT adoption has grown rapidly over the past 50 years from just one country in 1960 to over 160 countries by 2015. VAT is attractive to policymakers because it generates a paper trail where each party’s report of a transaction can be cross-checked against its counter-party’s report. In particular, buyers have an incentive to report purchases since they receive tax credits based on such reports while sellers face a disincentive since reporting sales increases their tax liability. This opposed incentive is widely viewed as a key feature of the VAT that enables a tax authority to compare buyer and seller reports (referred to as third-party verification) and to thus reduce the likelihood of evasion.

Economists have noted that this self-enforcement mechanism can ‘unravel’ if a firm can under-report sales, in the sense that all the firms upstream (that is, further up in the VAT supply chain) from the under-reporting firm can now also collude in turn to under-report sales and reduce their tax liabilities. In well-developed VAT systems the under-reporting of sales typically only occurs at the end-node1 so that a relatively high degree of collusion all along the VAT chain is required to sustain evasion. On the other hand, as we note in recent work, much less collusion is needed to maintain evasion in an economy with a large number of unregistered firms (essentially since under-reporting can occur at all points in a VAT chain and not just at the end-point)2.

Another stated advantage of a VAT system in an emerging economy is that it provides incentives for formalisation and thereby broadens the tax base. The argument is that informal (unregistered) firms face pressures from their buyers to formalise so that the latter can claim tax credits on their purchases from the former. However, there is relatively little empirical evidence for this claim and it is unclear whether the GST will indeed achieve greater formalisation3.

The GST improves upon the patchwork of existing state-level VAT systems in at least two important ways: First, by unifying the VAT system nationally and in particular by making inter-state transactions visible to tax officials across states, the GST system removes tax loopholes that stemmed from the special treatment of inter-state transactions. Second, the GST improves upon the third-party verification systems currently in place in many states and this by itself should improve the tax regime and may improve collections. As always, the devil is in the details, and the extent to which these advantages are realised will depend in part upon how such a complex and technically demanding system is implemented in practice.

Placing inter- and intra-state trade on a common tax footing

The GST improves upon both these limitations of the previous system. First, the creation of a common tax system (GST Network) means that tax-jurisdictions in all states will have access to firm tax-returns from other states. This will enable third-party verification of inter-state transactions as well -- buyer and seller reports can now be compared (this reconciliation is intended to be done electronically). Second, the GST also eliminates the differential taxation on inter- and intra-state transactions, thereby removing a glaring tax loophole.

The existence of fraudulent or ‘bogus’ firms is another significant challenge facing tax authorities in India’s VAT system. In its simplest form, firms reduce their tax liabilities by claiming credits for purchases from bogus firms −- fraudulent firms that are nevertheless registered with the tax authority. Bogus firms, in turn, would employ dilatory tactics with respect to filing their own returns and limited audit resources mean that identifying such firms in a timely manner is a challenging task6 7.

The GST attempts to address these third-party verification issues by placing the burden of compliance primarily on the seller. Under the old VAT regime, firms filed a single return every quarter8. Under GST, firms must file three returns a month (in a staggered fashion). Firms first report sales and then subsequently report purchases. The key innovation is that the tax authority uses the sales reports to pre-fill the corresponding purchase entries in the purchase report forms. Any addition or modification to this pre-populated list of purchases requires a substantial amount of effort on the firm’s part. This innovation eliminates some of the most glaring tax loopholes and evasion strategies thought to be common in the previous regime (for example, some of the bogus firm strategies).

The proposed GST thus improves upon the previously existing VAT systems in a number of ways. However, important challenges remain. For instance, the benefits outlined above require a robust IT infrastructure that can execute the required checks and analyses in a timely and accessible manner9. It is also important to recognise that complying with GST requires increased firm effort which needs to be balanced against the gains to the tax authority. There are also other issues (for example, the multiple rates rather than a uniform rate) that other experts have already discussed here so we omit a discussion here. Finally, it is important to allow researchers to rigorously study the GST to the fullest extent possible to allow for a comprehensive evaluation going forward.

The Goods and Services Tax: Light at the end of the tunnel?