Turning to the pharmaceutical sector for enhancing India-Pakistan trade 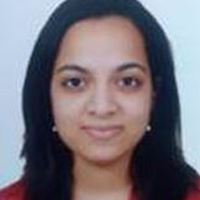 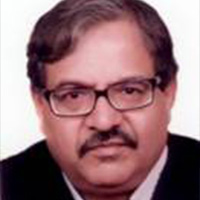 Various efforts have been made to normalise trade relations between India and Pakistan in the past few years; yet, several barriers remain. This column examines the trade potential in pharmaceuticals – a fast growing sector in world trade – between the two countries. It finds that there is huge, untapped potential in Indo-Pak pharmaceuticals trade, and suggests policy measures to propel trade and investment in the sector.

Trade and investment have been an integral link in improving the relations of South Asia’s two heavy weights, India and Pakistan. With Pakistan’s Prime Minister Nawaz Sharif’s visit to India and Pakistan’s firm commitment to normalising trade ties in the recent times, the prospects of strengthened economic co-operation between India and Pakistan seem bright. From a restrictive trading environment in 2005 when there was no road route, a positive list (a list of items that were allowed to be imported from India) was maintained by Pakistan and the maritime protocol allowed only Indian and Pakistani flagged vessels to carry cargo between the two countries while not permitting the same vessels to carry consignments to a third country (Taneja et al. 2013), trade between the countries has come a long way. The fifth round of talks in April 2011 laid down the blueprint for normalising trade between India and Pakistan (Taneja et al. 2013) and in 2012, Pakistan made a transition from a positive list to a negative list (a list of items that cannot be imported from India). Currently, Pakistan maintains a negative list for India and both countries maintain a sensitive list (a list of products of special interest to individual member countries to which low SAFTA tariffs do not apply) for each other under South Asia Free Trade Area agreement1 (SAFTA).

India granted the MFN (Most Favoured Nation2) status to Pakistan in 1996 and Pakistan is yet to accord the same to India. The asymmetry in grant of the MFN status has been a major stumbling block in improving economic relations between the two countries (John and Bhatnagar 2013). Also, protection of vulnerable sectors3 is what hinders further expansion of India-Pakistan trade.

The pharmaceutical sector is one such segment in which India and Pakistan can integrate, given that it is a fast growing sector in world trade. The global pharmaceutical market has an annual growth rate of 8% and, at that rate, it will cross the value of $1.1 trillion by 2014 (Amir and Zaman 2011). Also, an industry sector like pharmaceuticals, with ‘high social value’ and having direct relation to the health and well-being of consumers, would be an ideal segment to enhance trade and improve relations between the two countries.

The Indian pharmaceutical industry is the world´s third largest in terms of volume and stands 14th in terms of value. It was estimated at $21.7 billion during 2011 (Kallumal & Bugalaya 2012). As opposed to the Indian pharmaceutical industry, the Pakistan pharmaceutical sector is still at a nascent stage. The industry is the 10th largest in Asia Pacific and was valued at $1.63 billion in 2011 (Amir and Zaman 2011). Another interesting contrast between the industries of both countries is in terms of their export markets: typically, India seems to have a look-west approach (with its major export partners being Europe and US) and Pakistan tends to look more towards the eastern part of the world (its major export partners being South-East Asian countries). In terms of imports, one Asian country that has recently emerged as a common exporter of pharmaceuticals to both India and Pakistan has been China.

Figure 1. Indian pharmaceutical exports to and imports from Pakistan (2003-2012)

In this context, our research focuses on analysing the inherent trade complementarities in the pharmaceutical sector between the two countries (Pant and Pande 2014). We have followed a basic categorisation of 1) bulk and intermediaries4 , and 2) formulations for pharmaceutical items traded between India and Pakistan.

We use four measures to evaluate the trade potential:

Using data from UN Comtrade, we find that in 2012, there was an untapped trade potential of $1,635.5 million in pharmaceuticals between India and Pakistan. The quantum of export potential ($1,534.6 mn) from India to Pakistan is much more than the import potential ($102.8 mn). In comparison, the actual trade is negligible: Indian pharmaceutical exports to Pakistan in 2012 were about $293.3 million and imports were $47.3 million. The trade complementarity index re-iterates the trade potential in pharmaceuticals between India and Pakistan. The overlap of Pakistan’s export supply with India’s import demand is about 68% whereas, in the case of India’s exports, it is 72%. Hence, there seems to be a fair degree of complementarity between the two countries.

However, the IIT index reveals that this complementarity is not being exploited. The year-wise indices (2009-2012) are rather low, pointing to limited trade in pharmaceuticals between the countries. Another set of indices, the group-wise intra-industry trade indices, reveal that even the limited IIT is occurring mainly in bulk and intermediaries and IIT in formulations, in particular, is almost non-existent5.

Finally, a comparison of Pakistan’s trade agreement with China – the China-Pakistan Free Trade Agreement (CPFTA)6 , and with India (SAFTA) indicates that if open, preferential trading with China has not decimated the Pakistani pharmaceutical industry, there is no reason to expect that liberalising trade with India will do so7.

Perceptions of pharmaceutical industry stakeholders in India and Pakistan

However, there are a few big players who are proponents of competition and welcome integration with the Indian pharmaceutical industry. The arguments of the supporters revolve mainly around the following points:

Interviews with Indian exporters of pharmaceuticals to Pakistan brought to light a few ground issues that need attention:

Despite the concerns, the outlook of both Pakistani and Indian stakeholders on enhancing trade in pharmaceuticals is very positive and encouraging.

Specific to the pharmaceuticals sector, the following policy recommendations are suggested to propel trade and investment: