The perplexing case of Gujarat 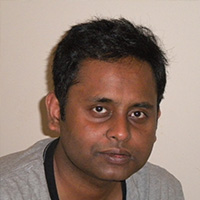 The common perception is that Gujarat has performed a lot better than the rest of India in terms of development, particularly in the past decade. This column analyses data recently compiled by the Raghuram Rajan Committee and finds that while Gujarat has been among the top performing states in terms of output growth; the fast growth has not translated into meaningful development in the state.

No matter what the political leanings, many people have come to accept the premise that Gujarat has performed a lot better than the rest of India in terms of development, and this has been especially true under its present Chief Minister. People are even talking about the Gujarat model of development as something for the whole country to emulate. The backwardness indices of states computed by Raghuram Rajan Committee (set up to come up with a formula to allocate the Centre to States funds) seemed to place Gujarat somewhere in the middle of the pack; a total surprise given the common perception. It is now possible to access the data tables for the components of the backwardness index and ask how Gujarat’s performance over the last few years compares with that in the rest of India in every category. We will supplement the Rajan Committee tables with other publically available sources such as Handbook of Statistics on Indian Economy (RBI) and Annual Status of Education Report (ASER) wherever necessary.

First, we will take a look at Gujarat’s growth performance and then examine to what extent the growth has resulted in ‘development’.

The following table gives Gujarat’s growth performance in terms of the percentage increases in output (value added) in different sectors as well as in the aggregate (Net State Domestic product (NSDP)) during the decade 2001-2002 to 2011-2012.

Table 1. Output changes in Gujarat, by sector and aggregate

Clearly, Gujarat has done very well in terms of growth in every sector. There are a few states that have done better in individual sectors but mostly they are small states like Sikkim, Chattisgarh, Manipur, Mizoram and Uttarakhand where a small increase ends up being a big percentage change. Among the rest, Gujarat is at the front with Maharashtra and Tamil Nadu at its heels.

Ghatak has recently pointed out in Outlook that Gujarat was also among fast growing states in the previous decade. However, it should be pointed out that Gujarat did take some imaginative steps during the decade of 2001-2011 such as providing separate power feeder for agriculture to ensure uninterrupted power supply. This may have played a role in the growth in the agricultural output.

Let us first look at the main development indices. Since we are concerned about the performance of Gujarat relative to that of other 27 states, we will look at Gujarat’s rank among 28 states.

First thing to note is that the composite performance index computed by Rajan Committee, which gives equal weight to the improvement over the last decade or so in each category of backwardness such as education, health, household amenities, places it 14th among 28 states.

Despite the fact that Gujarat grew faster than most other states during the decade of 2001-2011, its per capita expenditure is not only not at the top of the chart but has slipped further to 12th position. Equally surprising are its ranks in (i) the extent of poverty and (ii) in female literacy: they are smack in the middle of the list at 14th and 15th respectively showing no improvement by 2011-2012 despite fast growth. It does show some improvement in its ranking for ‘Infant Mortality Ratio’ from 19th to 17ththough the record of being in the lower half of the class is still disappointing for such a fast growing state. Gujarat is known for its roads. What do the data tell us about its relative performance in road building?

Gujarat’s high rank in state highways in 2004-2005 conforms to the common perception. It is possible that its rank in state highways has slipped a little due to some of the state highways becoming designated as national highways. Its ranking in smaller road network, however, was not that high in 2004-2005 and has fallen further. States like Maharashtra, Haryana and West Bengal have gone past Gujarat on this score. There is a possibility, however, that the fall in the rank in this case is also due to the fact that a significant number of small roads in Gujarat have become state highways. Many have talked about reaping the dividend from the relatively young Indian population by educating them well. How well does Gujarat do in schooling? Rajan Committee uses ‘Attendance Ratios’ and ‘Number of Primary Schools per Population of 1,000’ as education variables and ranks Gujarat somewhere among the bottom six states in 2004-2005 and the rank slips further by 1 or 2 by 2009-2010. Perhaps, these are not the most appropriate variables to assess the quality of education offered. Here we can hardly do better than using the learning outcomes reported by ASER for all states from 2006 to 2012 (Tripura and Sikkim were not included in ASER’s 2006 sample).

These numbers too are shocking for a state claiming to be number one. Instead of moving up, it has slipped down in an area as vital as education. What about household amenities and financial inclusion? Once again we see mediocre performance and further slippage in Gujarat’s ranking from 2001 to 2011 (Census years).

This is a perplexing picture of development. Gujarat has done so much better in terms of growth and so much worse in terms of development than other states. Why has the fast growth not translated into meaningful development? Finally, it is the grass root level institutions that run schools, health clinics, bring water and sanitation to households, and bring the fruits of growth to the multitudes. Could it be that the centralised model of governance that works well for big investment projects does not work as well for grass root level institutions? Or, is this high growth with low development model indicative of the priorities of the Government of Gujarat? Or, is it something else altogether? It would be good to know the answer. The most intriguing question of all is: what sustains the belief that Gujarat is the crowning jewel of development in India?

"The Perplexing Case of Gujarat” by Ashok Kotwal & Arka Roy Chaudhuri. Reprinted from THE INDIAN EXPRESS online with the permission of The Indian Express Limited © 2013. All rights reserved throughout the world".