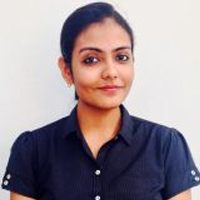 In recent times, cryptocurrencies have become a subject of intense deliberations among policymakers, market participants, investors, and other stakeholders. Whether cryptocurrencies will revolutionise banking and payment systems or is the euphoria surrounding cryptocurrencies like a bubble waiting to burst ̶ only time will tell. In this explainer, Pandey and Sharma attempt to decode the mechanics of cryptocurrencies and simplify the jargon used in the discussion on cryptocurrencies.

Electronic-money (e-money) and other existing electronic means of payments have their value stored on a piece of hardware, for instance, in chips, or the records of the trusted third-party facilitating the transaction. This value is legally guaranteed by the legislation of the State under which such hardware (or card) is issued, or which bestows upon the third-parties (like commercial banks and financial institutions) their position. In the centralised payments systems, banks perform two roles: (i) maintain ledgers of individuals’ balances, and (ii) providing us service to transfer money from one account to another. The essence of any payment system is ‘trust’ in the intermediary such that the overseer will ensure that the same money can’t be spent twice.

Cryptocurrencies do away with the system of a centralised ledger. These are based on ‘distributed ledgers’, a framework which allows participants to exchange e-money with someone else without necessarily having the transactions settled centrally through a centralised authority such as a bank. So how does this system ensure that the transactions are safe? The safety is ensured by a network of computers who use cryptography (a system of sending encrypted/coded messages such that only the intended recipient can decrypt/unlock it) to secure, maintain, and update the integrity of the ledger. Trades are recorded on a public ledger that anyone can see.

A transaction in the cryptocurrency space involves the transfer of certain units of the currency from one address on the network to another address. This essentially requires a “wallet”. A wallet is typically a software such as an app on a phone that allows the users to manage its address, public and private keys. An address is an identifier akin to an account number in a bank’s record. Private and public keys are strings of letters and numbers used to protect messages cryptographically. An address is the transformed shorter function of the public key.

While the account address is public, only a private key can ‘unlock’ the address to make the transaction. While the public key acts as the pseudonymous identity, the private key is used by the individual to redeem the currency they own.

Since the keys have complex strings, it is useful to transform them into an encrypted, fixed-length key. Hash is a kind of signature for a text or a data file. This transformation is referred to as ‘hashing’. Hashing is used to index the original key and then use it each time the data associated with the key is to be retrieved. There are standard hashing algorithms (SHA) to transform the larger strings for the purpose of indexing and referencing.

Transactions in bitcoins and other cryptocurrencies are founded on the need of a consensus mechanism. Without the presence of a third-party facilitator, a currency system based on a decentralised ledger is susceptible to double-spending ̶ that is, since there is no physical existence of money, how is one to ensure that individual A did not transfer the same bits associated twice to two different individuals in isolation? The decentralised ledger is composed of blocks of these transactions. However, individual A could record two separate transactions out of the same amount of coins, in two separate chains. How is the network to identify the validity of these transactions, and thus the validity of the existing chain of transactions, in the absence of a trusted third party that could collect and sign the transactions as per their validity?

How does this work? If individual A wants to send cryptocurrency to individual B, then individual A sends a message to the network of miners. This message contains the Bitcoin address of individual B and the amount to be transferred. Individual A secures the contents of the message cryptographically by digitally signing it using their private key, so that the miners know that the transaction is correctly authorised. The public key serves as the address of the transacting party, while the private key assigns ownership of the currency. The miners authenticate A’s message containing the transaction details: verifying its accuracy using A’s public key. Person A should not disclose his private key that proves that they are the owner of the address that is being debited.

Given that cryptocurrencies are not backed by an institution with legal or regulatory authority, the underlying decentralised ledger technology has the potential to foster financial disintermediation. By providing a mechanism to ensure symmetry of information across all the participating nodes on the system, the framework obviates the need for an intermediary. The block of transactions is immutable and irreversible, implying that to change an already recorded transaction, the hash of the transaction block, and thus the hash of all the preceding blocks would need to be changed. Such a computationally and resource-intensive activity cannot be carried out easily. That said, malicious activities have occurred at the expense of huge losses to the participating nodes.

How is the supply of bitcoins and other cryptocurrencies determined? The underlying algorithms incorporated in these currencies control the supply of currency, without the need of a central bank controlling the money supply. For instance, the limit for the number of coins in the Bitcoin system is approaching 21 million. This is achieved by the gradual reduction in the rewards for mining the Bitcoins, giving it a deflationary feature. Compared to a central bank which uses subjective measures to control the money supply, the supremacy of programmatic rules in cryptocurrencies, keeps the money supply rule fixed.

However, it is also believed that the equilibrium between supply and demand in the cryptocurrency realm would eventually come from the emergence of multiple cryptocurrencies, which will become substitutes of the traditional bitcoins. This substitution can also come through scalability issues. Currently, the delay in propagation of a new block across the network and the limits on the number of transactions in a block (also known as Block Size) on the Bitcoin network cause fewer transactions per second than is the case for electronic transactions through existing financial institutions.

Lower transaction costs, pseudonymity, immutability, and irreversibility are the main reasons for interest shown by many towards using cryptocurrencies for transactions. At present they cannot substitute the fiat money1 as they are an imperfect store of value because of the inherent volatility in its value. However, the underlying distributed ledger technology has already become the latest and most sought-after financial innovation. Smart Contracts which use blockchain, a distributed and decentralised ledger, to maintain contracts between parties offer a method of contract enforcement. The code and agreement is public and irreversible, thus obviating the need for a contract enforcement agency.

Banks are exploring the blockchain to come up with secure solutions for processes such as peer-to-peer payments, loans syndication, KYC (know your customer), procurements, non-disclosure agreements, and cross-border payments.