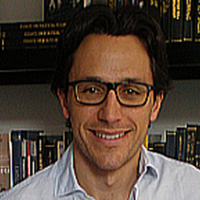 Poorly specified and weakly enforced property rights over land may reduce productivity in the agricultural sector. This column examines why strong private property rights are not adopted more widely, and offers a theory of the determination of rural property rights institutions.

In many less-developed countries, property rights over land are poorly specified and weakly enforced. More specifically, rural areas in developing countries throughout history, and even today, often have more than one regime of property rights and production. A relatively ‘modern’ group of ‘capitalist’ landowners with large, privately owned farms coexists with a ‘traditional’ or ‘subsistence’ group of peasants who work on small plots and have limited property rights.

At the same time, there is broad consensus that individual, well-specified and secure property rights over productive assets, land in particular, improve economic outcomes. Thus the “dual” structure of the agricultural sector may reduce productivity, and raises some key questions: Why are strong private property rights, not adopted more widely? Why did this structure emerge and persist? In a recent paper, I examine these questions and offer a theory of the determination of rural property rights institutions (Fergusson 2013).

The main message can be motivated with the following quote from a famous paper by Arthur Lewis (1954):

“The fact that the wage level in the capitalist sector depends upon earnings in the subsistence sector is sometimes of immense political importance, since its effect is that capitalists have a direct interest in holding down the productivity of the subsistence workers.”

As Lewis notes, capitalist landowners are often directly interested in impoverishing subsistence farmers, to force them to work at low wages. Lewis goes on to add that “In actual fact the record of every imperial power in Africa in modern times is one of impoverishing the subsistence economy, either by taking away the people´s land, or by demanding forced labour in the capitalist sector, or by imposing taxes to drive people to work for capitalist employers.´´ In short, in their quest for cheap labour, politically powerful landowners introduce a whole set of distortions in the rural subsistence economy.

At first sight, this possibility paints a relatively grim view for rural development wherein large landowners amass significant political power. However, there is room for hope. In particular, imagine now that beside the rural sector there is also an urban sector that becomes more and more important as the economy develops. Now, if life in the rural areas becomes too harsh, subsistence farmers can migrate to the cities. Modernisation, it seems, puts a natural check on the distortions that rural elites can impose on rural workers. Thus, gradually the backward subsistence rural economy should disappear with the process of development.

But does it? The reality of many developing countries is that, even with large urban sectors and industrialised economies, it does not. How can this be? Why doesn´t the backward, distorted, and unproductive subsistence rural sector disappear once poor peasants can migrate and find a job in the cities?

Therefore, while other distortions against peasants may tend to disappear as development unfolds, poor property rights become particularly important with urbanisation and industrialisation. Imagine a scenario wherein land owners can choose between two alternatives to maximise the advantage of their political power. They may adopt a ‘stationary bandit´ strategy where they promote efficiency-enhancing innovations on the plots of peasants (including the introduction of strong property rights institutions, elimination of forced labour etc.) and tax the resulting peasant income. Or, they may follow the Lewisan strategy of impoverishing peasants to secure a cheap and stable labour force for their own farms.

A key insight form theoretical analysis is that when the elite can set property rights institutions, modernisation exacerbates the incentives to follow the second strategy. The reason is that when there is no urban sector, peasants have no choice but to stay in the rural sector, and no option but to pay the taxes that land owners levy on them. However, if there is an urban sector, there is a simple way to avoid taxation: moving to cities. And, of course, with little tax revenues the `stationary bandit´ strategy is just not attractive. The rest follows from the earlier discussion above: in this context, setting insecure property rights institutions on peasants plots both increases the cost of migration and reduces the wages that landowners must pay.

In many developing countries, it is common to find a large group of smallholders who have very insecure property rights on their own plots and constitute a cheap source of labor for large and politically powerful rural landowners. We should not take for granted that as development unfolds this configuration of the rural sector, detrimental for long-run productivity, will disappear. Rather than rising incomes, a more even distribution of political power in society is the key antidote to the persistence of these distortions.