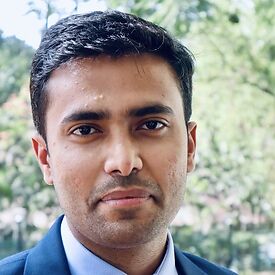 In reference to the Census (Amendment) Rules introduced in March 2022, Sapre and Garhwal outline the scope to further strengthen the Census Act and its administration. With the introduction of self-enumeration and increased digitisation in data collection, authors make suggestions to address two issues – the delay in release of census tables and challenges that census operations may face with digital form filling.

In March 2022, the Census (Amendment) Rules, 2022 were introduced with significant changes to the existing census rules. The amendment inserts clauses enabling self-enumeration in electronic form. Self-enumeration means filling-up, completion and submission of census schedule by respondents themselves. However, alongside online self-enumeration, home visits by the enumerators for collecting census data will continue as they have in the past.

The new amendments are a welcome step in strengthening the original Census Act, especially since census operations were severely impaired due to the outbreak of the Covid-19 pandemic in early 2020. In these digitally progressive times, the use of technology can provide valuable gains in the overall census operations. Internationally, e-canvassing has the potential to improve data quality and reduce collection time (United Nations, 2019). It offers immediate digitisation of data at the point of collection, which would also lead to faster aggregation and preparation of tables. It is likely to reduce errors that result due to mobility of people within the country1. While the use of digital means has several virtues, the actual implementation has to be accompanied by adequate safeguards and data protection protocols. The rules and framework in this regard are yet to be understood.

Given the progressive approach in these new amendments, there is scope to further the strengthening of the Census Act. In the past, census operations have faced several challenges on the ground, and inordinate delays in compilation and release of tables. While some of these are systemic or process delays, there is a need to initiate a discussion on the creation of a legislative framework to address such issues. We highlight a few of these issues related to false response, penalties and delays which also require a fresh perspective.

The importance of census data and its timely availability cannot be understated. The census is used for delimitation of constituencies; is a metric for resource allocation through Centre and State Finance Commissions, and is a comprehensive source of demographic and household level information in the country. Even though having accurate Census data is important for several policy purposes, census operations on ground have met with several challenges. With its current structure, the Census Act is equipped to deal with operational challenges, assigning of manpower and responsibilities for conducting census operations2. While the census is a Union subject, the Act demarcates the crucial role of state governments and local bodies in coordinating census operations. It prescribes penalties to deal with irregularities and provisions for preparation of tables at the district- and various other levels. The Act also provides for protection of the record of information collected. While the Act and its conceptualisation must be appreciated for its robust features, the law and its rules ought to be strengthened further to deal with a new set of challenges that census operations may face with the advent of digital records and self-enumeration.

Non-response and false responses by respondents are dealt with by imposing penalties of up to Rs. 1,000. A false response is understood to be a deliberate or intentional wrong answer to a question which the respondent is legally bound to answer. In contrast, a non-response is a refusal to answer a question, thus leading to a failure in obtaining information. While both types of events have their consequences, false responses are more harmful for the overall quality of the census. Cases of non-response can be followed up on subsequent visits – however, it is difficult to detect, verify and check cases of false response. Digital processing and self-enumeration can bring a new dimension to this problem, as users may face several challenges (in absence of a trained enumerator) in filling information as desired by the census. Although form filling may involve genuine errors, they may be hard to distinguish from a false response, or leaving fields blank in a form from a non-response.

The main source of understanding errors in the census is the Post Enumeration Survey (PES), which gives a systematic understanding of the extent and type of error. However, the findings of the PES can only be used as a guide for the next census3, as census figures are not adjusted or corrected for errors. With the introduction of the amendments to the Census Act, findings of the PES on content and coverage errors can use useful while framing the online self-enumeration, where the overall objective is to build a convenient and efficient enumeration system.

One of the major challenges after collecting census data is the timely release of tables (Agrawal and Kumar 2020). In instituting best practices, the census rules must also set a target– having a release calendar for detailed tables can be a vital step in addressing systemic delays while also ensuring efficient use of census data. There are several examples of such practices across government departments – such as ‘release calendar’ for GDP figures, ‘borrowing calendar’ by the RBI, timely release of inflation indexes, etc. – where releasing data on important indicators has become an institutional practice. Census operations can be significantly streamlined if such practices find legislative backing, which will ensure robustness and predictability of official statistics and promote their use.

Views are the authors’ own.

Towards integrating sample surveys in India