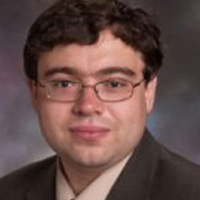 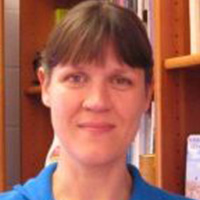 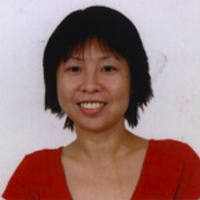 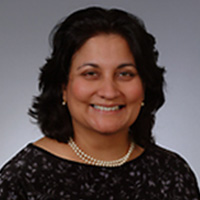 Preferential or duty/quota-free trade access to developing countries, as a form of foreign aid by developed countries, is considered to have both pros and cons. This column analyses data from Bangladesh’s apparel industry to show that it not only leads to gains for the access granting and access receiving countries, but also trade creation for the rest of the world.

Since time immemorial, countries have given foreign aid to those less fortunate. Economists have argued that ‘trade as aid’ - granting preferential trade access to developing countries like Bangladesh and Madagascar - has several benefits. It works with the market so that efficiency is rewarded. It is less likely to be subverted, due to issues such as corruption1 or inefficiency, than the usual forms of development aid2. Others argue that preferential trade access simply diverts the trade of the beneficiary developing country to the market giving preferences and may even remove incentives for firms in the developing country to become more competitive given this safe haven. The way that preferential trade access for developing countries has been seen has undergone a dramatic evolution over the years. Their early perception as nursemaids to infant industries was replaced by their vilification as obstacles that prevent such industries from ever ‘growing up’, which was reflected in the move towards market-oriented development (see Hoekman and Özden 2005, for a survey)

When the US granted duty-free/ quota-free access to Madagascar under the African Growth and Opportunity Act 2000, exports from Madagascar exploded, from $170 million in 2000 to $500 million in 2004. Over the same period, Madagascar´s export to the rest of the world also increased, from $750 million to $875 million (Figure 1). Similarly, when the European Union (EU) granted duty-free/ quota-free access to Bangladesh under the ‘Everything But Arms’ (EBA) Initiative in 2001, knitwear exports from Bangladesh to the EU more than doubled, from $1.3 billion in 2000 to $3 billion in 2004. During the same period of time, knitwear exports from Bangladesh to the US also increased by $30 million. Much to the surprise of many, such generous preferential trade access resulted not in trade diversion from the rest of the world to the preference granting markets, but in trade creation to the rest of the world. What could explain this?

In recent research (Cherkashin et al. 2010), we test the hypothesis and argue that preferential trade access can result in a win-win scenario for the parties concerned. Not only does the country getting preferential access gain, but so do those giving the preferential access, as well as other importing countries. Moreover, these effects can be very large. Why? Consider what happens when the EU gives trade preference to Bangladesh. Bangladeshi producers in apparel, which is the major export sector in Bangladesh, find that their profits have increased. This increased profitability on the part of Bangladeshi producers leads to greater entry of new firms in the sector. As more firms enter the apparel sector in Bangladesh, these firms export to all markets, not just the EU. As a result, prices facing consumers in the US and EU fall. Thus, consumers in the US gain and US welfare rises. EU welfare rises if its revenue loss from giving preferential access is outweighed by the gain in consumer surplus. Bangladesh gains, since its national income rises with its exports as labour moves away from low wage jobs in agriculture to higher paying jobs in the apparel sector.

Analysing Bangladesh’s garment exports to US and EU

These insights come from developing a simple model of trade and estimating its parameters, for the apparel industry in Bangladesh with a focus on their exports to US and EU markets, using firm-level Customs data from 2004. We then use the estimated model to see what would have happened under various counterfactual scenarios. The model allows firms to differ in terms of their costs and product appeal, and for the presence of fixed costs of various sorts that need to be incurred to access world markets. We are careful to account for aspects of preferential access like ‘Rules of Origin’ that are a critical part of the operation of such preferences. These Rules of Origin specify the conditions under which duty-free access is granted. Meeting them involves additional costs like the use of more expensive domestic inputs, over cheaper and higher quality imported ones, that raise the cost of production as well as the cost and hassle of doing the paperwork. Firms have the choice of serving the foreign market under the tariff, or meeting the Rules of Origin and obtaining preferential access and paying zero tariffs. We use our estimated model of the apparel industry in Bangladesh to quantify the size of gains from preferential access. We use firm-level data from Customs data for 2004 and focus on Bangladeshi garment exports into the US and EU markets. The fixed costs that we estimate serve as hurdles that low cost/high product appeal firms choose to jump, while those that are less fortunate do not.

The fixed costs we estimate include entry costs at the industry and market levels (estimated at approximately $77,000 and $68,000-$251,000, respectively) as well as fixed costs of production and documentation costs needed to obtain preferential access (estimated at approximately $6,000 and $4,000, respectively)3. We evaluate the costs of the different kinds of trade polices used in practice. We find that the EU gains by granting preferential trade access to Bangladesh as in the EBA Initiative. Though it loses some tariff revenues, these are outweighed by consumer surplus gains from lower prices. These lower prices come about from entry into exporting in the developing country. Preferential trade access raises the profits of potential exporters in the beneficiary developing country, and hence, induces entry and greater exports to the EU. But contrary to what happens in competitive markets, where exports are diverted away from other markets, like the US, exports from Bangladesh to all markets rise. In addition, Bangladesh gets to increase its exports, earning foreign exchange and employing its labour force.

Our analysis suggests that these effects are large and would be far larger still if Rules of Origin that act to raise production costs in Bangladesh were liberalised. The EU gains roughly $481 million from the EBA per year while the US gains only about $69 million because it had quotas (which limit imports from Bangladesh to the US) in place on Bangladesh for the most part and its gains come only from higher quota rents. The EU would gain an additional 327 million if it removed the restrictive Rules of Origin it imposes. However, we only focus on the static costs of Rules of Origin, and do not take into account dynamic effects. For example, the presence of such rules may foster a domestic intermediate input industry, which may subsequently lower the cost of exporting for Bangladeshi garment firms.

We also find that if the US had no quotas on Bangladesh or raised it quotas to keep the quota license price constant, the gains from the EBA would be far larger. The inability of Bangladeshi firms to access the US market due to quotas reduces the efficacy of EU preferences. We find that reducing fixed costs at all levels has a catalytic effect on exports. A reduction of fixed costs of all exporters of $1 results in a $5-$25 increase in exports. The effect is at the lower end when other potential markets are quota ridden.

Our results show that unilateral preferential access for trade on the part of a large economic entity (like the EU) can be very effective. However, their effects are considerably blunted by the presence of restrictions elsewhere and by restrictive Rules of Origin as well as bureaucratic costs. There are synergies that arise from multilateral extensions of preferential access that are important.

Our results have implications for the direction of reform in developing and transition countries. Corruption and bureaucracy raise fixed and marginal costs faced by firms. Our work suggests that even small increases in such costs can result in huge reductions in entry, production, and exports of a country. Conversely, reining in such costs can do much good. Our work can also be seen as highlighting the importance of other initiatives that reduce inherent uncertainties in the market. Thus, export fairs, tribunals for dealing with complaints about product quality, and other policies that reduce the costs of doing business in developing countries may have unexpectedly large positive effects.

Finally, exporting countries that do not get preferential access will suffer. For this reason it is important to target such preferential access to the most needy. So for the case of Bangladesh and Madagascar, generous trade preferences given by the US and the EU, respectively, may have encouraged tremendous entry of firms, which, in addition to exporting to the preferential access granting markets, also exported to the rest of the world, generating a win-win-win situation.