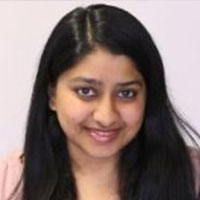 India’s urbanisation process has come to be characterised by haphazard growth of cities, the costs of which are borne disproportionately by the poor. This column analyses Ahmedabad’s urban policy over the past two decades and the impact on slum dwellers. While the city’s urbanisation process has traditionally been a rewarding collaboration between the local government and civil society, recent changes present a challenge to this legacy.

India has often been labelled a reluctant urbaniser: its official urbanisation rate was only 31% according to the 2011 Census - considerably lower than other emerging economies such as Brazil (85%) and China (51%) (United Nations Department of Economic and Social Affairs (UN DESA), 2014). Yet, urban growth in terms of both population and economy has been accelerating. Between 2001 and 2011, India experienced a larger absolute increase in its urban population than its rural population for the first time (Bhagat, 2011). The contribution of urban areas to national output has also increased from 38% in 1970-71 to 63% in 2009-10 (Ministry of Urban Development, 2014).

The largest growth in urban population globally between 2015 and 2050 is expected to be in India (UN DESA, 2014). This makes managing the transition from a predominantly rural to urban society, and the challenges and opportunities this poses – particularly for the urban poor – critical.

However, urban issues have traditionally not been prioritised as highly as rural development in government spending. Nevertheless, evolving policy over the past decade has increased the magnitude of resources available to cities - in part through flagship programmes such as the Jawaharlal Nehru National Urban Renewal Mission (JNNURM) - acknowledging their need to provide basic infrastructure. The present government has further emphasised the need for urban policy to exploit the opportunities presented by urbanisation; greater resources have been allocated to the urban sector and there is a plan to build 100 Smart Cities1.

Ongoing ODI (Overseas Development Institute) research is looking at how cities work for the poor. I, together with my co-authors William Avis and Susan Nicolai, analysed developments in the city of Ahmedabad in Gujarat over the past two decades in terms of its urban policy and the impact it has had on people living in slum settlements (Bhatkal, Avis and Nicolai 2015).2 The research was undertaken between November 2014 and May 2015 and involved over 50 semi-structured interviews with policymakers at the municipal, state and national levels; academics and researchers; civil society organisations; and planners and private sector developers in Ahmedabad, in addition to focus group workshops in two communities in different parts of Ahmedabad.

We find that a series of government and civil society-led initiatives have improved the well-being of people living in many of Ahmedabad’s 710 informal settlements. Unusually for an Indian city, Ahmedabad’s municipal policy was previously shaped considerably by its vibrant civil society, which it inherited ever since the days when Mahatma Gandhi used the city as a base and contributed to the development of consensual politics. Civil society - in many instances women-led grassroots community groups and trade unions for informal workers - often worked together with the local government - fostering political engagement and strengthening dialogue around municipal decision-making.

The local government worked closely with partners and communities under the auspices of community-based organisations mobilised by Non-Governmental Organisations (NGOs) to provide slum dwellers with official access to public utilities. In 1995, the Slum Networking Project was born. It brought a range of basic services, including water and sanitation systems and paved passages, along with a guarantee to not evict households for 10 years. This project supported around 13,000 homes over eight years. It was followed by a drop in reported illness, improvements in children’s school attendance, and in time spent on work by women as they no longer had to queue to collect water (Self Employed Women’s Association (SEWA) Academy, 2002).

Since then, other initiatives have used pragmatic means to provide slum dwellers with access to basic services while avoiding more complicated issues of tenure. Across country contexts, insecure tenure has a profound impact on the way in which municipal governments and service providers interact with people, often excluding those without secure tenure from access to services (Ducrot et al. 2010, K’Akumu 2004). Accepting that tenure issues are complicated, the Ahmedabad Municipal Corporation (AMC) detached tenure from access to services; this pragmatic albeit imperfect solution overcame the constraints faced in other cities that preclude the provision of services to slum settlements.

In 2001, the Slum Electrification Scheme was introduced, bringing power to 200,000 houses across all slums in the city. Similarly, the NOC-500 programme, under which the AMC provided slum households with a ‘No Objection Certificate’ (NOC) based on which they could access official services for a fee of Rs. 500, provided access to water and sanitation to over 10,500 slum households. Extending water and sanitation services to slum communities, regardless of tenure, has been an important step towards their integration into the city – which was enabled by the involvement of civil society working alongside government.

In addition, the local government played a key role in proactive planning for urban expansion. Ahmedabad is one of the few cities that fares well in terms of urban planning, thereby avoiding urban sprawl . This is undertaken by the AMC and the Ahmedabad Urban Development Authority (AUDA), a parastatal planning agency, through the two-stage Development Plan - Town Planning Scheme (DP-TPS) process. Although the DP-TPS mechanism has been in place for several decades, efforts to plan urban expansion proactively accelerated since 2000. Landowners within a town planning scheme, usually of about 1-2 sq. km of land, volunteer their plots which are pooled together by AUDA. The authority uses a small part of the land to build roads, green spaces, affordable housing and other civil infrastructure, and returns the rest (nearly 70%) as improved plots to the owners. This contrasts with the process in most other cities, where land for amenities is acquired by the government under ‘eminent domain’ from landowners whose property lies where the planned amenities are to be built. In this regard, the DP-TPS process is more equitable as all landowners surrender an equal share of their land. Hence, Ahmedabad has expanded in a more ordered way. About 3-5% of the land developed under such schemes has been used to provide housing for economically weaker sections – in Ahmedabad about 11,000 houses have been provided for the poor between 2000 and 2010.

A shift away from collaborative approach

However, as new money is poured into urbanisation, some of these more collaborative approaches are being put aside. Since the JNNURM was launched in 2005 to modernise Indian cities and provide basic services for the poor, money has flowed from the Central government to build vital urban development projects. In contrast with many cities that struggled to access finance due to weak municipal capacity, Ahmedabad’s strong local governance has enabled it to leverage JNNURM funds to create both city-level infrastructure as well as housing for the poor. However, too often, some of these large infrastructure projects have been implemented with little or no consultation with the people who will be using the new housing. Evidence indicates that JNNURM projects meant to benefit poor families have had inappropriate location and design, and in fact contributed to their social dislocation (Mahadevia et al., 2014, Patel et al., 2015). This has threatened to exclude the poor to the margins of Ahmedabad.

While there have been significant gains in Ahmedabad, there have also been signs of a recent slowing or even reversal of progress for poorer households. A number of recent top-down urban development policies – even those intended to benefit poor families – have negatively affected poor people and damaged relations between government and civil society, as they failed to take into account people’s concerns and priorities. A top-down approach has tended to neglect the importance of community relations and proximity to employment. For instance, Barnhardt et al. (2014) studied slum families that were offered improved housing on Ahmedabad’s periphery and found that up to a third of the beneficiaries didn’t actually move into the assigned housing and another third moved back into the centre due to increased social isolation.

While formulating future urban development policy in India, there is value in reflecting on what seems to have worked well in the past, and what hasn’t. Progress has not been linear: it has been characterised by peaks and troughs as certain challenges were resolved and others emerged.

Extending public utilities to slum settlements, regardless of their tenure, was an important step towards their integration into the wider urban community in Ahmedabad. The involvement of civil society, working alongside government in policy and planning, contributed to improved access to services and better housing for poor urban people. Finally, although well-intentioned, top-down urban development policies can exclude poor people and damage relations between the government and civil society. As a result, while the AMC previously employed a more consultative process compared to other cities, the changes of recent years represent a challenge to this legacy. These changes raise big questions about the direction of urbanisation in India. India’s urban dilemma is complicated and demands further discussion about the concept of ‘development’ itself to make sure that the urban process is able to benefit all, including its poorest residents.

A version of this column has appeared on The Wire.