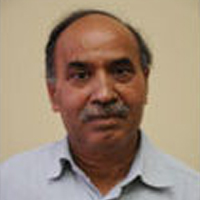 Professor Alakh N. Sharma is currently Professor and Director of the Institute for Human Development (IHD), New Delhi. Earlier he has worked in the capacity of Senior Visiting Fellow, Institute of Economic Growth, Delhi; Advisor (Research), V.V. Giri National Labour Institute, Noida; Professor, Shri Ram Centre for Industrial Relations, New Delhi; and a Faculty Member, A.N. Sinha Institute of Social Studies, Patna, for several years. He has made significant contributions to research in varied areas such as livelihoods, poverty, employment, labour markets and related issues. During his academic career spanning over 25 years, he has directed/coordinated more than 30 research projects in the above areas sponsored by various agencies including national governments, bilateral and multilateral agencies, and international organizations. He has also been a consultant to several international organizations such as ILO, UNDP and the World Bank. Professor Sharma has been closely associated with the policy-making processes involving employment, livelihoods and development in India, and has been a member of several high-level committees/task forces constituted by national and provincial governments.

Professor Sharma is also credited with institution-building in India. His role in reviving and strengthening the Indian Society of Labour Economics (ISLE) and its quarterly journal, IJLE, is widely acknowledged among both economists and academicians. In addition, it is largely due to his efforts and vision that IHD, of which he is one of the founding members, has today become an important centre for research and studies on livelihood, employment and labour markets. Professor Sharma has also made valuable contributions in forging networks of researchers in the above areas in India and Asia, particularly in South Asia. Currently, he is leading a major research and network programme on Employment, Social Protection and Inclusive Growth in South Asia, which is being supported by IDRC (Canada), UNESCAP and ILO.

The project aimed to explore the reasons for low urbanization in the state and identify its regional pattern across the State and its economic and social characteristics. The findings of the study ind...