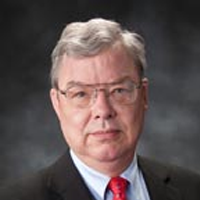 John Roberts holds the John H. and Irene S. Scully Professorship in Economics, Strategic Management and International Business in the Graduate School of Business at Stanford University. He held the Jonathan B. Lovelace Professorship in the GSB from 1980 to 2001. He is also, by courtesy, Professor of Economics in Stanford’s School of Humanities and Sciences. He directs the Executive Program in Strategy and Organization as well as several company-specific, custom executive programs at the GSB and is faculty director of the Global Management Program and director of the Center for Global Business and the Economy there. He was Associate Dean for Academic Affairs and Director of Research for the Business School from 1987 to 1990 and he served as its Senior Associate Dean for External Relations from 2000 to 2009.

A Fellow and former Council Member of the Econometric Society and a fellow of the American Academy of Arts and Sciences, he has served on the editorial boards of The American Economic Review, Econometrica, The Journal of Economic Theory, Games and Economic Behavior, The Journal of Economics and Management Strategy and Organizations and Markets Abstracts. He has additionally consulted on competitive strategy and organizational design for major corporations and on regulatory issues for the United States Government and taught in numerous executive education programs in the U.S. and Asia in the areas of business and corporate strategy and organization. He formerly served on the Boards of Directors of Gorton’s of Gloucester and Bluewater Fisheries and now is on the board of University Games. He served on the Steering Committee of the Stockholm School of Economics’ MBA program and now serves on the Advisory Board of the Tsinghua University School of Economics and Management and the Scientific Council of the Barcelona Graduate School of Economics.

Professor Roberts has published over seventy scholarly articles in academic journals in a variety of areas in economic theory and game theory and their application to problems in industrial competition and management. He has also written numerous case studies of businesses and co-authored a the first textbook on economics, organizations and management. His 2004 book, The Modern Firm: Organizational Design for Performance and Growth, published by Oxford University press, was named th ebest business book of the year by The Economist. In recent years his reserach has centered on the design, governance and management of organizations and with the fit between strategy and structure, with special reference to multinational businesses. This is also the subject of his current MBA, executive and doctoral teaching at Stanford. He is currently also working on a project studying managment practices in mid-sized Indian manufacturing firms with a view as to how to improve productivity.