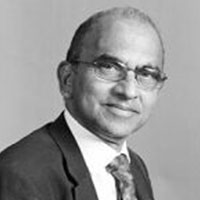 Vijay Joshi is Emeritus Fellow of Merton College, Oxford and Reader Emeritus in Economics, University of Oxford. The primary preoccupations of his working career have been teaching and research at the University of Oxford, in the fields of macroeconomics, international economics, and development economics. He has also, from time to time, held various official and business positions, including Special Adviser to the Governor, Reserve Bank of India; Officer on Special Duty, Ministry of Finance, Government of India; Director, JP Morgan Indian Investment Trust; and consultant to international organisations such as the World Bank and the OECD.

He has written three major books on India. These are in reverse chronological order:

For details of his other publications, visit https://www.merton.ox.ac.uk/people/vijay-ramchandra-joshi

In this article, Vijay Joshi, Emeritus Fellow of Merton College, University of Oxford, sets out his proposal for a universal basic income (UBI) in India. He contends that deep fiscal adjustment, in co...