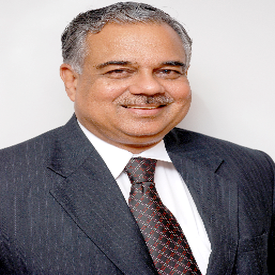 Sanjay Kaul discusses the benefits and drawbacks of the farm bills for all stakeholders – farmers, businesses, commission agents, and the government – and concludes that given the dynamics involved, the reform is unlikely to have any game-changing impacts on Indian agriculture.

The three farm bills – notified through the ordinance route and passed without debate in both Houses of Parliament – have now become law. They have stoked controversy, with major farmer protests in a few states like Punjab and Haryana. These protests forced an ally, the Akali Dal1, to withdraw its support to the central government.

The three pieces of legislation should have found widespread support from farmers as they are touted to be the biggest game-changers for them. The objective and economic rationale are to provide wider choice and freedom to farmers to sell their produce. Advocates argue that this would help build more efficient value chains in agriculture by reducing marketing costs, and enabling better price discovery, thus improving price realisation for farmers and, at the same time, reducing the price paid by consumers. Further, it would encourage private investment in storage, reducing wastage, and help contain seasonal price volatility. The government says that the new laws would free farmers from the clutches of exploitative intermediaries. The presumption is that once markets become freer, efficient, and competitive, the price realisation for farmers would become higher. So, have farmer groups been misguided?

For the two major crops – wheat and paddy – we have a monopsony, with the government as the primary buyer. Punjab and Haryana farmers are principal beneficiaries of the current system. Farmers in these two states bring over 95% of their produce to the APMC (Agricultural Produce Market Committee) markets also known as mandis, sell their produce (wheat and paddy) through commission agents (arhtiyas) to government procurement agencies, and get the full MSP (minimum support price). Government agencies pay mandi taxes and the commission to arhtiyas. So, the question of farmers feeling cheated of any share of the MSP does not arise. Farmers have no reason to think of selling outside the APMC markets. Only a small portion of the produce, other than the FCI (Food Corporation of India) grades of paddy and wheat, such as superior varieties of paddy (for example Basmati) that do not have an MSP, are bought by private trade. Both these states have, over the years, built quality mandi infrastructure – procurement operations take place on a massive scale smoothly and efficiently (this was the case even during the most severe part of the pandemic lockdown). So, it should come as no surprise that any significant central move to dismantle this system would bring in resistance and apprehension that this could be the precursor to a liberalising regime to dismantle the MSP.

There is evidence that the MSP regime favours only a small section of farmers, is distortionary, and has led to irrational cropping patterns. Further, as long as the MSP regime remains, the government will crowd out the private sector. The MSP regime and market liberalisation cannot coexist. No corporate firm would enter the market at the MSP prices. If the objective is to change these market dynamics, the government should have an alternate plan. Legislation is not needed to do this. One way is to offer farmers a generous conditional income compensation if they do not sell their produce to the government. The Johl committee set up by the Punjab government had made suggestions on these lines several years ago.

Indian agriculture is in crisis because of the fragmentation of landholdings and poor farm practices, resulting in low agricultural yield and high production costs. Agriculture is unable to sustain farmer livelihoods. Market prices largely reflect demand and supply in non-MSP crops, and market reforms will not fundamentally change farmer realisation. In fact, we are not globally competitive in several crops due to production inefficiencies. For many agricultural commodities, farm-gate2 and mandi prices are already higher than globally traded prices. The legislations by themselves may not bring in production efficiencies in the short term. However, over time they could lead to better farm practices and introduction of improved plant varieties for certain crops, if bulk buyers enter the market and demand quality produce. This development is already taking place, for example, in organic produce and horticultural crops, without any legislation.

Are some of the apprehensions of farmers genuine, and have the fears been allayed by the government’s response? The legislations relating to contract farming and the Essential Commodities Act (ECA) have met with little resistance. The main apprehension is about the APMC legislation. Had the present arhtiya (commission agents) and APMC system been opaque and restrictive, it should have led to farmer groups demanding freer agricultural markets. Instead, advocates of these legislations have been industry groups and economists – these have never been on the agenda of any farmer group. The services provided by arhtiyas are often not fully understood – they serve as aggregators, risk managers, local moneylenders, and last-resort buyers. It is nobody’s case that the APMCs are transparent in their operations. However, farmers are not convinced that they would get a better price if they are given a wider choice outside the APMCs. Today they contend with arhtiyas; they are uncertain of what the future would bring if arhtiyas disappear and only a few large corporate buyers remain. Instead of small traders, they would then have to deal with a dominant private player. Who is to guarantee that they would not get squeezed?

Let us go back to a central question: Would these legislations be a game-changer? How transformative will they be? An objective assessment is that they would not make much of a difference on the ground, at least in the short and medium term. The view articulated by a section of economists – that these legislations are comparable to the 1991 reforms in the industry space – is too far-fetched. There are several reasons why their impact is likely to be limited. First, many states had already amended their APMC acts to permit one licensee to trade in multiple markets; you do not need to be an arhtiya to become a mandi participant. Second, a significant volume of trades already takes place outside the APMCs. In most states, the only requirement is that the buyer must remit the mandi cess – farmers are already free to take their produce and sell elsewhere. Third, Bihar, which abolished the mandi system over a decade ago, has not seen any material change – the weak procurement system got further weakened by the resultant vacuum. West Bengal is another state that has a weak mandi system – potato growers take their produce directly to cold storage, while paddy is delivered to rice mills. Similarly, in Andhra Pradesh and Telangana, the principal crop – paddy – is primarily brought by farmers directly to rice mills. Fourth, the amendment to the ECA is unlikely to make much difference. Even today, when traders foresee speculative gains, they bypass the ECA by stocking under multiple names. Farmer stock and processors (in most cases) were, in any case, exempt from storage limits. Only the large corporates may have viewed the ECA as a constraint for stocking. When there is a decline in demand and commodity prices are depressed, as has happened with several crops in the recent past, they too desist from making purchases. In such situations, there would continue to be distress sales of produce.

Further, several states had already permitted contract farming in some manner or the other, on the lines of the earlier circulated Model Contract Farming Act. Despite this, contract farming has not taken off, except in a few areas such as in seed contracts. The immediate feedback from a section of the corporates is that the new central template may be too rigid and one-sided – they fear they may be unable to have fair, enforceable contracts under the new legislation. Contractual arrangements need to be negotiated bilaterally between farmer groups and the buyers – the overarching central legislation may not provide the required flexibility.

Finally, the constitutional underpinning of the APMC legislation is tenuous. Agriculture is a state subject under the Constitution. The Centre has widely interpreted its powers relating to production and supply, and interstate trade and commerce to bring in these legislations. The central legislations may not automatically override state laws as they would have, had the subject been on the central or concurrent lists. However, the courts are unlikely to strike down the central legislations. But opposition-led states could muddy the waters by enactments to counter those of the Centre. Rajasthan has recently notified that produce that bypasses the mandi and is brought directly to warehouses would attract mandi cess. Maharashtra has also announced that it would not implement these legislations. This confusion and blurring of the agricultural landscape is unlikely to lead to transformative change.

Sanjay Kaul’s article is lucid and greatly articulated. This brought clarity.
Nothing to add.
Sanjay, you are superb.

In complete disagreement with the views as they are not backed up by studies. Having seen the level of exploitation by middleman in the APMC markets and the under cover sales in vogue in addition to unnecessary illegal deductions merchant middleman are making as also keeping farmers in their clutches of interlocked markets, with the new 3 enactments, farmers have a sigh of relief. In addition let us see the havoc MSP has played in Punjab and Haryana making them to grow Rice which they never consume, that too under groundwater irrigation, making Punjab and Haryana the world's worst groundwater depleted aquifers with 80% of the blocks declared as dark. P and H are unable to diversify their crop pattern. Using much less groundwater than Punjab farmers and cultivating low water - high value crops such as vegetables, fruits, flowers, Karnataka - Kolar and Chikkaballapur farmers are realizing much greater profits than Punjab farmers. Details here. Punjab farmers can learn from experience of Karnataka farmers who cultivate an array of diverse high water low value crops such as Capsicum, Knol Khol, Cabbage, Potato, Tomato, Rose, Ginger, Grapes as well as an array of diverse low water high value crops such as Mulberry, Ridge Gourd, Ash gourd, Marigold, Carrot, Chrysanthemum, Palak, Beans, Brinjal, Cucumber, Onion, Coriander, Red Gram Vegetable, Lab Kohl Bean, Chilli, Amaranthus, Dill Sabbasige realizing the highest net returns above Punjab farmers on the one hand using almost 1/3rd of groundwater of Punjab farmers. With much lower groundwater resource, with lower holding size than Punjab farmers, Karnataka farmers belonging to Eastren Dry Zone are realizing higher gross returns of ₹ 15 lakhs per farm, net returns of ₹ 5 lakhs per farm, and net returns per acre of ₹ 1 lakh, net returns per capita of ₹ 80000 per year, which are much higher than Punjab farmers in relation to the extent of water used by them. This shows that farmers in Punjab have greater scope and opportunity to enhance their net returns per farm, per acre as well as per farmer if they make a sincere attempt to diversify their crop pattern especially shifting from rice to horticulture crops. This requires sincere extension efforts on the part of Governments through exposure visits of Punjab farmers to Karnataka Eastren Dry Zone.

Delhi metropolis is well connected to Punjab which Punjab farmers can utilize to market vegetables, fruits, flowers and benefit from Delhi markets. Punjab farmers can even learn from the experience of banana farmers from Jalgaon in Maharashtra, Trivandrum in Kerala and Ananthapur in AP who are sending tonnes of Banana to Delhi incurring huge transport costs. This advantage has been utilized by farmers of Kolar and Chitradurga districts in Karnataka who are cultivating vegetables flowers and fruits for supplying to Bangalore and Chennai.

Farm bills: Design leaves much to be desired

Moving past the mandis: A revolution waiting to happen