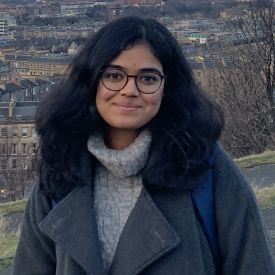 Despite the undeniable threats of climate change, little consideration has been given to creating social safety nets for the vulnerable or engendering resilience in institutions disrupted by extreme climate events. In this post, Nikita Sharma considers the impact of climate change on economies and individuals, particularly children whose health and education are impeded as a result of extremities and externalities, and the need for policy to support them alongside those to mitigate the climate crisis.

While the pandemic raged on in waves of Greek alphabets, with global economies rocking to unimaginable halts, the climate crisis remained unabated and has been looming larger than ever. Of course, there were the rare moments of Delhi’s noxious air clearing up to render India Gate visible from Raisina Hill (a remarkable event, even though they are a mere three kilometres apart!) or the time when the white snows of the Himalayas were visible from Punjab, a plain-state, after three decades. Yet, after a round of astonished headlines and the lifting of lockdown restrictions, the air worsened to the usual, barely causing a dent in the state of the exacerbating environmental crisis. The latest IPCC report has alarmed the global community about the narrowing window of opportunity to take drastic and effective action to avoid irreversible changes in the climate. Already, many parts of the world, including India, are witnessing a sharp increase in the instances of extreme weather events such as heatwaves, floods, and droughts.

In the lurch of environmental extremities and pollution, individual lives are affected both immediately and over time. To illustrate, human capital accumulation by way of access to education and health services are immediately disrupted in the event of a flood, while toxic air and water slowly corrode the mental and physical well-being of exposed individuals. Despite these undeniable threats, a certain policy lacuna persists. While there has been some focus on curtailing emissions and pollutants, not much consideration has been given to creating social safety nets to support individuals and families coping with these adverse effects, nor towards engendering resilience in institutions whose activities are now increasingly disrupted by extreme climate events.

Impact of climate change on economies and lives

A growing body of literature has been investigating the different channels through which environmental extremities and externalities impact health, social, and economic outcomes. Research has shown that climate change can catalyse scarcity of resources (Eberle et al. 2020) and lead to resource constraints, sparking conflict and lower agricultural productivity (McGuirk and Nunn 2021),  generating welfare losses through infrastructural development (Balboni 2021) and economic concentration in low-lying vulnerable regions (Indonesia has decided to move its capital from sinking Jakarta), and increasing infant and rural mortality in developing countries (Burgess et al. 2017, Geruso and Spears 2018). Particularly with regards to children’s cognitive and physical development in the wake of climate change, existing evidence suggests that rainfall shocks can have a lasting adverse impact on children’s learning and anthropometric outcomes (Aguilar and Vicarelli 2022). Further, rainfall shocks can even push adolescents out of schools and into the labour markets as household incomes dwindle (Marchetta et al. 2019).

As a consequence of the warming of the Arabian Sea, during 1950-2015, India experienced a threefold increase in extreme rain shocks and flooding, that consequently endangered the lives of 825 million people, rendering 17 million homeless, and killing 69,000, over 268 reported flooding events (Roxy et al. 2017). A 2021 Lancet study revealed that the air pollution in India led to 1.67 million deaths in 2019, almost 18% of the total deaths that year (India State-Level Disease Burden Initiative Air Pollution Collaborators, 2021). In addition, child malnutrition has been a chronic problem in India, with the country having the second highest prevalence of stunting (at 38%) in the subcontinent, along with egregious learning mismatches across grades with students lagging much behind than their expected learning levels (Shah and Steinberg 2019, Muralidharan et al. 2019). India’s climatic vulnerability and the poor physical and educational growth of its children together necessitate health and educational interventions that not only combat afflictions of poverty, but are also on guard to provide continued support amidst extreme weather events. It is imperative that policies are now designed with resilience against climate change in mind.

Extreme weather events, such as floods, are only likely to become more frequent. They can destroy roads to schools and local health centres, interrupt electricity, cause infrastructural deterioration and closures, and thereby impede access to essential education and health services at early crucial stages for a child’s development. Disruption in schooling is one of the most overlooked consequences of environmental extremity and externality, despite being quite prevalent. Just recently, in May, school closures were declared in Assam because of incessant rain and flooding in the region, and last winter, schools in Delhi – one of the most polluted cities in the world – remained shut owing to egregiously high levels of particulate matter. Yet, the longer and more frequently schools remain closed, the harder it is for children to return – especially after having endured exposure to environmental extremity which can lead to severe material and personal losses – and the more heavily learning losses pile up.

In a recent study, Chang et al. (2022) estimate the impact of extreme in-utero rainfall shocks on health and educational outcomes of children and adolescents in India. They find that children exposed to rainfall shocks in-utero grow up to have lower receptive vocabulary at age five, and poorer maths skills at age 15. In addition to setbacks in non-cognitive skills during adolescence, children with lesser educated parents are more affected by the shock, illustrating how environmental extremities can exacerbate existing inequalities.

One of the many challenges surrounding action against climate change is that the urgency and insidiousness of the emergency is not tangibly conveyed or understood by the masses. Teaching environmental education to children in school curriculums is important – Supreme Court mandates that all educational institutions teach environment as a subject – and has existed since the 1990s. However, at present this alone is insufficient and ineffective, as it doesn’t fully make the learners aware of the enormity of the climate crisis and how it has already and perhaps irrevocably affected their lives and futures. In the Indian context, children operate in a learning-life mismatch – their books rightly teach them about the hazardous air pollution caused by bursting crackers, yet in life, and other festivities, they revel in light and smoke. Such a curriculum also does little to help students connect the dots between the rising environmental degradation and the increasing prevalence of chronic illnesses (such as asthma) among their peers, raising yet another generation of leaders that are sensitised, but not sensitive, to the urgency and extent of environmental degradation. This doesn’t begin to cover the challenges of teaching itself – in the event of school closures because of environmental extremity and externality. Resilience on the count of teaching and school infrastructure, staying connected with the students, and offering remedial and psychosocial support are needed for a start to fill the policy gap surrounding health and educational provisions for children in the wake of climate change, disaster, and pollution. Environmental policies are needed to not just protect the environment, but also protect the citizens from the environment.

This post was published in collaboration with the IGC Blog.