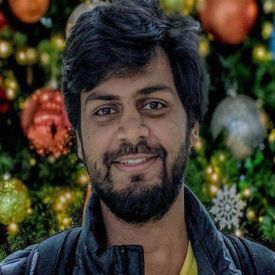 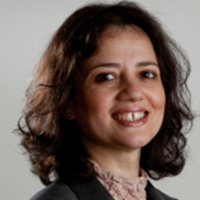 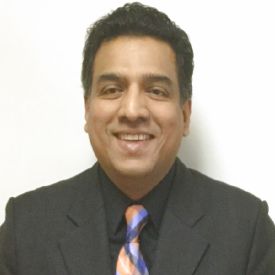 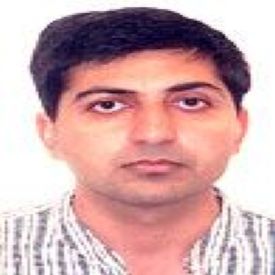 In 2012, anger erupted on the streets of Delhi following the violent rape and murder of a young woman. This article estimates the impact of the incident on the reporting of crimes against women in Delhi vis-à-vis other jurisdictions. It finds a significant increase in crime reporting as a consequence of a greater willingness to report such crimes rather than improvements in law and order and policing.

On 16 December 2012, a 23-year-old female was beaten and gang raped by six men in a moving bus in a middle-class South Delhi neighbourhood in India. After the attack, she was thrown out on to the roadside, and 13 days later, she succumbed to her injuries. Crimes against women are so common in India that the 2018 Thomson Reuters Foundation poll finds India to be the most dangerous country for women. Yet this particular incident shocked the country. Both national and international media covered the rape extensively, and it faced worldwide condemnation. People in Delhi took to the streets demanding swift justice for the deceased victim, and urgent action to guarantee safety for women in the city. The rape victim is now remembered as ‘Nirbhaya’, meaning fearless, for her resistance against the perpetrators and the 13-day fight for life after sustaining the injuries.1

The Nirbhaya case and the events that followed constitute an exogenous (external) shock. The unprecedented media coverage of the case, the widespread sympathy and the scale of public uproar following this gruesome crime, may have emboldened victims to come forward and demand justice. In recent research (Mathur et al. 2019), we ask the question: Did this incident lead to a significant change in reporting of crimes against women in Delhi vis-à-vis other jurisdictions? Our hypothesis is that, following the Nirbhaya case, in the short to medium term victims of such abuse were more likely to come forward and report these crimes. We employ the 'synthetic control method' (SCM) (explained below) to estimate the causal impact of the 2012 Nirbhaya case on reporting of crimes against women in Delhi.

Based on the National Crime Records Bureau (NCRB) data, our SCM estimates show that, in Delhi, the 2012 Nirbhaya case had a positive and significant impact on the reporting of crimes against women. From 2013 to 2015, the annual average reporting of rape cases in Delhi was 23% higher compared with that in the pre-intervention period (2001-2011) (where the ‘intervention’ refers to the occurrence of the Nirbhaya rape case); average annual reporting of molestation and sexual harassment over the period 2013-2015 was 40% higher compared with its pre-intervention annual average.

In response to the Nirbhaya case, the Justice J.S. Verma Committee was set up to review India’s criminal laws and suggest amendments that address sexual crimes, ensure speedy trials, and administer proper punishment. The report of the Committee formed the basis of the Criminal Law (Amendment) Act, 2013. Some significant changes were made because of this report. Among these changes were the expansion of the definition of rape, harshening the punishment for rape, ensuring that gang-rape entails punishment of no less than 20 years, improving the standard of consent, and holding police responsible for registering rape cases.2 These changes notwithstanding, we do not find any strong evidence of an impact on arrests and convictions for rape, molestation, and sexual harassment in Delhi. This seems to suggest that policing and other changes did not materially affect outcomes beyond reporting.

To accommodate for the possibility that the increased reporting that we estimate is in fact due to an increase in reporting, rather than an increase in crimes itself, we estimate the impact of the Nirbhaya case on murder and culpable homicide, a crime not subject to significant reporting bias; we find no impact. We also carry out a falsification test by estimating the impact on road accident deaths, an outcome that would not have been affected by the Nirbhaya case; we find no effect.

The Nirbhaya case is analogous to the #MeToo movement of the developed world. #MeToo spread as a popular hashtag in the United States after several prominent women spoke out against the sexual abuse and harassment committed by Harvey Weinstein, a famous Hollywood producer. This movement was an important break in an industry notorious for widespread non-reporting, which is the most fundamental and common obstruction in addressing crimes against women.

A recent paper by Gupta (2014) comparing data from the NCRB and the National Family Health Survey (NFHS) in India finds that, as recently as 2005, only about 2% of the incidents of physical violence by the husbands towards their wives were officially reported. Even for a developed economy like the US, the rate of rape reporting has remained low; studies using random sample surveys find reporting rates ranging from 16% to 36% (Anderson 2003).

Rape reporting is particularly problematic in India due to its cultural apathy and victim blaming. Victims face feelings of contamination, of having been defiled – exacerbated by cultural judgments that treat raped women as impure or as “damaged goods” (Banerjee 2003, Baxi et al. 2006, Ruggi 1998). There have been instances of prominent politicians blaming rape victims for inviting trouble by going to pubs, drinking, and smoking, or claiming “boys will be boys.” In other cases, there have been attempts to marry off rape victims to their rapists.

Figure 1. Analysis of Google News trends to show the number of mentions of the word ‘rape’ in news stories over 2005-2015 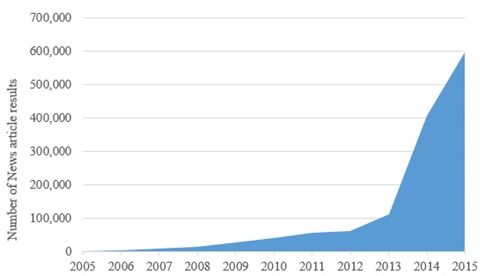 An increasingly popular method for policy evaluation, SCM is a quantitative approach to case studies. Delhi, where the Nirbhaya incident took place, is the 'treated' unit in this context. The ideal counterfactual for this treated unit would be a Delhi where the Nirbhaya incident did not take place, which is not observable. SCM allows us to construct a ‘synthetic’ Delhi using all the other states/UTs (union territories) as 'control' units. We compare the actual Delhi with the synthetic Delhi, the counterfactual, to estimate the impact of the Nirbhaya case.

The fact that Delhi is the sole location for the 2012 incident (a single treated unit) underscores the choice of SCM as our preferred method for assessing the impacts of the 2012 Nirbhaya case on crime reporting in Delhi. In addition, SCM provides a systematic way to choose comparison counterfactual units. The ‘synthetic Delhi’ is the weighted average of the states and union territories (the 'donor pool', the pool of potential controls units for the treated unit Delhi). These weights are generated using a long period of pre-intervention matching across a wide variety of economic, demographic, political, and law and order characteristics so that the synthetic Delhi closely resembles the actual Delhi along these characteristics.

We start our SCM estimation with the assessment of the impact on reporting of the two main crimes against women in Delhi: Figure 2 shows the impact of the December 2012 Nirbhaya case on reporting of rapes, and reporting of molestation and sexual harassment, respectively. The pictures in Figure 2 show a close pre-intervention fit between the actual and synthetic Delhi prior to 2012 and a wide gap afterwards. The post-intervention gap is the measure of the causal impact of the Nirbhaya case on reported rapes and reported molestation and sexual harassment.

Figure 2. The impact of the December 2012 Nirbhaya case on reporting of rapes, and reporting of molestation and sexual harassment

To determine the statistical significance of the estimated impact (that is, the post-intervention gap), we conduct the randomisation/placebo test, which answers the question, ‘How often would we obtain a gap as large as this if we had randomly chosen a state or union territory in the donor pool?’ In other words, what is the probability of obtaining a placebo/pseudo impact at least as large as the actual impact estimated for Delhi? We apply a placebo intervention in 2012 to each donor pool unit. The pictures in Figure 3 below present results of the randomisation/placebo tests. The black line represents the gap between the actual and synthetic for Delhi, while a green line represents the same gap for each donor pool unit. The fact that the black line stands out among the green lines is a visual indication that Delhi stands out from the placebo estimates. Calculations of formal statistical inference also assert that the impact of the changes brought about by the 2012 Nirbhaya case on reporting of rape, and molestation and sexual harassment in Delhi was significant.

Figure 3. Results of the placebo test applied to each control unit

Note: For each control unit, say Chhattisgarh, first we construct a synthetic and then we compare the actual Chhattisgarh with its synthetic. The post 2012 gap between the actual and the synthetic Chattisgarh is a ‘placebo’ effect since the 2012 Nirbhaya case actually did not take place there.

Our estimates indicate that the public pressure and the outrage surrounding the incident may have given rise to an increased willingness of women to report crimes against them; an induced increase in the recording of crimes by the police may have also contributed in the reporting increase. However, we find that the Nirbhaya case did not have any effect on the rates of convictions and arrests. Hence, we ascribe much of the reported increase in crimes to a willingness by women to come forward, rather than greater initiatives of the police and the legal system.