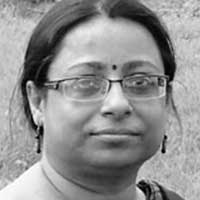 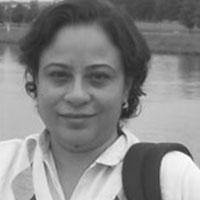 To address the issue of low access to basic medicines by the general public, the state government of West Bengal introduced Fair Price Medicine Shops in secondary and tertiary hospitals through a Public Private Partnership model. This column finds that while there is scope for improving the coverage of patients and availability of medicines, the programme has been successful in reducing out-of-pocket expenditures on medicines.

According to WHO (World Health Organization) estimates in 2003, nearly a third of the world’s population lacked access to basic essential medicines due to factors such as insufficient availability resulting from low industrial capabilities, lack of affordability due to the existing patent regime, inefficient public distribution system of medicines, etc. Sixty five per cent of the Indian population has no access to essential medicines ( , though India has sufficient industrial capabilities to become the third highest producer of medicines by volume in the world (Gupta 2013). Studies revealed that Indians largely finance their medicine bills through out-of-pocket expenditure (OOPE), arguably the most regressive kind of health financing option (Ghosh 2011). Many individual states in India have come out with state-specific medicine policies to improve access to medicines with efficient procurement and distribution systems, with Tamil Nadu and Rajasthan leading the way (Selvaraj et al. 2011; WHO, 2013).

Though West Bengal more than doubled its per capita expenditure on medicines between 2000-01 and 2010-11, highly skewed distribution of funds (with 70% of expenditures on medicines in urban areas, particularly in teaching hospitals) offset the expected gain in terms of reducing OOPE from the enhanced investment (Planning Commission of India, 2011; WHO, 2013). As a result, people in West Bengal, especially those visiting hospitals in rural areas, could not receive sufficient free medicines from hospital pharmacies1, even though the government did invest heavily in procuring them. Subsequently, they had to incur significant OOPE on medicines, in spite of the fact that the access to healthcare facilities (both inpatient and outpatient) remained substantially high even for the poorest (Dutta and Bose 2014). In a study conducted in 2011, we found that only 6% of hospitalised patients got all the required medicines free of cost from public hospitals in the state (Bandyopadhyay, Dutta and Ghosh 2014). Moreover, heavy investment, following the Tamil Nadu model2, seemed unaffordable for the state as it has been suffering from huge public debt and very narrow fiscal space.

Given this scenario, the government of West Bengal introduced a Public Private Partnership (PPP) model in 2012 by launching Fair Price Medicine Shops (FPMS) across secondary and tertiary government hospitals in the state. The private retailer bidding the highest discount on Maximum Retail Price (MRP) of medicines for a particular hospital received output-based contracts3 for FPMS. The state government offered them land for setting up shops within hospitals in lieu of a small amount of rent. A list of manufacturers of medicines with specific volume of sales history was given for procurement. The uniqueness of the FPMS model lay in the role of the state government as a regulator, not provider or financer as in other states like Tamil Nadu, Rajasthan or Delhi. There was zero public investment and beneficiaries were not limited to the patients seeking healthcare at the hospitals4. By 2014, 94 FPMS were functional with discounts ranging from 48% to 77%. The stores are expected to supply 442 basic medicines (list provided by Department of Health and Family Welfare, Government of West Bengal), in the form of generic or branded generic. Currently in India, generics are those medicines, which are produced with the chemical name of the medicine (and not the producer’s brand) and branded generic medicines are those which essentially carry the brand names of the manufacturing companies, but no specific marketing/promotional activities or expenditures are undertaken for them5. Large margins are directly offered to retailers, bypassing the longer chain of other intermediaries.

In a recent study, following WHO methods, we seek to evaluate the policy’s breadth in terms of coverage of patients seeking treatment at government hospitals in the state, depth in terms of availability of discounted medicines, and height in terms of financial protection or reduction in OOPE on medicines by patients (Bandyopadhyay and Dutta 2016).

We conducted exit interviews using structured questionnaires of 1,000 hospitalised patients between November 2013 and August 2014. Information from their prescriptions was obtained as well. We selected nine hospitals belonging to different strata of sales value as per data obtained from FPMS. Out of them, four were teaching hospitals, five were district hospitals, and one was a sub-divisional hospital.

We divided the sample of patients into two groups: treatment group and control group, with the former visiting the FPMS at the hospital to buy medicines and the latter buying medicines at retail shops outside the hospital premises without any discount on MRP. By comparing the two groups, we assess the impact of FPMS on OOPE on medicines6.

Of the 1,000 patients surveyed, 808 needed to buy some medicines that were not available at the hospital pharmacy, out of which 458 went to FPMS. Thus, the policy was able to bring about 57% patients into the net of the FPMS programme. Though this is a reasonable rate of coverage, there are still large possibilities of enhancing it. In terms of the availability of medicines, the picture is not very encouraging. Of those who visited FPMS, 17% did not receive any medicines, though most of the medicines prescribed were listed in the essential medicine list for FPMS. The prime reasons cited for not visiting FPMS were that they did not want to stand in queue or they were forbidden by doctors/nurses.

We find that patients with longer duration of hospitalisation, earlier morbidity episodes, and more medicines prescribed in the form of generics are more likely to visit the FPMS. Patients belonging to non-poor households and with access to newspapers are more likely to visit FPMS. Surprisingly, patients at the cardiology department have lower possibility of visiting the FPMS store, though a majority of the expensive medicines and stents for cardio-thoracic operations are available at FPMS.

We also find that patients visiting FPMS have a significantly lower (by 38%) OOPE on medicines relative to those that did not visit FPMS to buy prescribed medicines. Essentially, this means that the programme was successful in reducing the OOPE of the patients who chose to avail the FPMS services.

First, the policy needs to be supplemented by prescription of medicines in their generic names. If the shares of generics in the prescriptions increase, the possibility of getting the medicine from any brand from FPMS increases and therefore the likelihood of visiting FPMS increases. For our sample of patients, about 59.4% of all prescribed medicines were written in generic forms, with substantial variation across hospitals and departments. Though there is scope of further increasing the share, this does represent a large improvement over the corresponding figure of 8.3% in the baseline survey conducted during 2012.

Second, the FPMS shops have so far come up in urban and peri-urban areas where secondary and tertiary hospitals are located. However, the problem of access to medicine is the greatest in rural areas and these were completely bypassed. This must be considered by the government in the near future.

Third, low probability of patients from the cardiology department visiting FPMS probably hints towards induced demand created by the doctors for outside retailers, and the hospital authorities need to look into the matter more carefully.

Fourth, the authorities can improve the coverage of the policy through awareness campaigns in both print and electronic media. Our survey also revealed that doctors or nurses often ‘forbade’ the patients from visiting FPMS, warning them of bad quality of the medicines supplied by them. Stronger monitoring of the hospital staffs and better awareness campaigns on the quality of medicines at FPMS can increase the proportion of patients receiving the benefits of the programme.

Finally, the lack of availability of basic medicines may lead to shrinkage of the coverage of the policy in terms of patients in the near future. Stricter monitoring and penalty clauses are needed. Though a clause of the contract document with FPMS specifies that licenses can be terminated in case of complaints of stock-outs of mandatory medicines, this has not been implemented.

This PPP initiative, no doubt, represents a ‘good practice’ model for states and countries with narrow fiscal space for providing poor citizens low-cost access to basic medicines. The public sector, usually held responsible for limiting open market competition, can intelligently act to enhance competition among pharmaceutical companies and retailers to improve the delivery chain. However, it must be acknowledged that the policy is not a substitute for the free supply of medicines from the hospital pharmacies. Activists correctly demand that medicines in essential lists of hospital pharmacies and FPMS should not overlap. However, given the limited fiscal space for states in many developing countries, the programme is at least a second best effort to complement the free supply of medicines by the government, so that the medicines that are not available for free at the pharmacies of public hospitals can be made available for the general public at discounted prices.

The authors would like to thank the National Health Mission, Department of Health and Family Welfare, Government of West Bengal for financing the study.