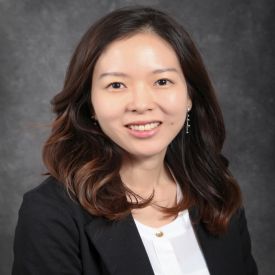 The negative impact of poor sanitation is more pronounced for women than men and therefore, women have a stronger desire to improve sanitation. Analysing district-level data from 15 major Indian states for the period 2006-2011, this article finds that female legislators are more likely than their male counterparts to deliver high-quality latrines – even after considering the role of electoral competition in policy choices of politicians.

Sanitation is one of the least accessible basic services in the developing world, and one that most affects women and children. The United Nations estimates that 60% of the global population still does not have access to a latrine or toilet that safely manages excreta. The problem is mostly concentrated in sub-Saharan Africa and South Asia, and India is one of the countries with the worst sanitation records. Poor sanitation causes waterborne diseases, most notably diarrhoea, which is one of the leading causes of death among children (Gunther et al. 2011).

The negative impact of poor sanitation is more pronounced for women than men for several reasons. Access to sanitation reduces the risks that women face when being forced to practice open defecation after sunset, such as exposure to physical and sexual violence. The World Bank (2011) argues that the primary benefit of having improved sanitation for women is related to productive time gained from preventing water-borne diseases. Large time losses are borne by women because they are the primary caregivers to children who are sick or absent from school.

Given that women have a stronger desire to improve sanitation, I explore the link between politician’s gender, electoral competition, and access to latrines (Lee 2018). A large literature on women and politics finds that there are differences in policy outcomes when women are in office compared to men. On the one hand, numerous studies suggest that women legislators are more likely than men to favour policies that benefit the well-being of women, children, and family (Chattopadhyay and Duflo 2004). On the other hand, female politicians, just like their male counterparts, act within electoral constraints in order to be in office, therefore it is important to consider how preferences shape policymaking decisions when faced with intense electoral competition. Theoretically, electoral competition improves public goods provision because it motivates office-seeking politicians to respond to citizens’ demands, which may include improving sanitation (Barro 1973, Ferejohn 1986).

Role of female politicians in improving access to improved sanitation

I am particularly interested in whether female politicians are more likely to provide access to improved sanitation in the form of higher-quality latrines, even after considering the role of electoral competition. Higher-quality latrines are designed to hygienically remove human waste without human contact to prevent the spread of water-borne diseases. Distinguishing between high- and low-quality latrines is important because the better the quality of the latrine facility, the more likely it is to produce the intended health benefits. The Joint Monitoring Programme for Water Supply and Sanitation established by the World Health Organization (WHO) and United Nations Children's Fund (UNICEF) provide guidelines on categorising toilets into improved or unimproved facilities. Using their definition, the common forms of high-quality latrines in India are flush toilets connected to septic tanks or piped sewers, pit latrines with covers or slabs, and latrine facilities with ventilation. Ventilation helps prevent flies that are attracted by the odour and transmit diseases.

Existing studies on women and politics discussed above suggest that if a politician’s gender affects their policy preferences, female politicians are more likely than men to promote women-friendly policies including measures to improve sanitation. This means that female politicians will invest in improving sanitation in ways that are most beneficial for women by providing more high-quality latrines. However, politicians are also motivated to stay in office, so they must make decisions on how to improve basic services in ways that maximise their electoral returns. Politicians facing tough elections therefore may strategically devote resources towards low-quality latrines that are relatively cheaper and faster to construct. Since more can be built for a given level of resources, low-quality latrines are more visible to voters, making it easier for politicians to claim credit for them.

I test the influence of female politicians on sanitation using district-level data from 15 major states in India from 2006 to 2011. To make an unbiased estimate of the impact of female politicians on latrine access, I test for differences in the types of latrines available between districts with and without female legislators who won in close elections against a male candidate. In close elections, where the top two candidates have almost an equal chance of winning, the outcome of the election is determined not by the gender of the candidate, but by random chance. This allows us to assume that the outcome of the election is effectively random so that we can isolate the effect of the winner’s gender from other voter characteristics such as voters’ attitude towards women.1

The results suggest that a one-percent increase in the share of female state legislators results in a 0.37 percentage-point increase in the share of rural households with high-quality latrines in districts with close elections. This suggests that female politicians improve sanitation in ways that matter for women’s well-being, even after controlling for the role of electoral competition.

Lastly, my analysis also includes other characteristics that may be associated with having more high-quality latrines. For instance, female literacy rates have a positive association with access to high-quality latrines, but not low-quality ones. This result is supported by studies that show maternal literacy improves health outcomes for both mothers and their children (LeVine et al. 2011). Educated women are more likely to be receptive to information on latrine quality and health, and recognise the benefits of high-quality latrines, resulting in a greater demand for them.

One of the goals of the Swachh Bharat Mission (Clean India Mission) launched by the Government of India is to make the country free of open-defecation by 2019. While the campaign has several components, the focus so far has primarily been on constructing more latrines. This study highlights the importance of high-quality latrines for the mission’s ultimate goal of improving public health through more sanitary practices. This study also demonstrates that access to high-quality latrines will make a significant difference to the quality of life for women beyond improved sanitation. Moreover, given the trend of increased female representation in politics, this study shows how having more women leaders influence for how policy decisions regarding sanitation are made. This will promote a gender-conscious dialogue on hygiene, sanitation, and the importance of latrine quality.