Seasonal migration and health in India: Constraints for research and practice 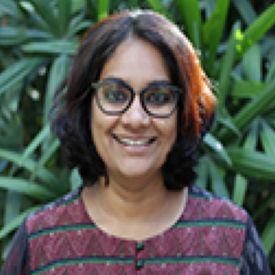 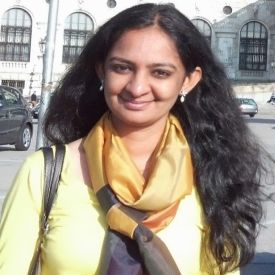 Seasonal migrants in India engage in temporary informal work in work environments that actively flout labour laws on wages, work hours, and living conditions. The most significant impact of this is on the health outcomes of workers and their children. In this note, Varma and Ravindranath describe the roadblocks in conducting in-depth enquiries into migrants’ health status and healthcare-seeking behaviour, and designing and implementing health programmes conducive to their needs.

It is estimated that approximately 100 million people undertake short-term migration1 annually in India. Typically, seasonal migrants, a majority of whom belong to scheduled tribe (ST) and scheduled caste (SC) groups, engage in temporary informal work at construction sites, factories, hotels and other similar industries. While these sectors play a crucial role in providing employment opportunities, workers are often forced to undertake hazardous and physically strenuous jobs in work environments that actively flout labour laws on wages, work hours, and living conditions. Though the most significant impact of this form of employment is on the health outcomes of workers, the subject has received very little attention in India. As a community that gets easily pushed out of the ambits of the health system at both rural and urban ends, the health risks, shocks, and experiences of the labour migrants and their children is a thematic area that urgently needs more attention (Borhade 2011). Our own engagement with migrants in various sectors suggests that workers encounter a wide range of health issues. For instance, at mobile clinics run by Aajeevika Bureau (a specialised public initiative working with seasonal labour migrants) in Ahmedabad, we have noted high incidence of diseases such as Tuberculosis (TB) and Malaria, as well as chronic levels of hypertension and diabetes among workers. Similarly, a recent study undertaken at construction sites found that a large proportion of migrant children are malnourished (Ravindranath 2018).

While there is an urgent need to conduct in-depth enquiries into migrants’ health status and healthcare-seeking behaviour, and design and implement health programmes that are conducive to their health needs, informal work sites throw up several major challenges that impair these processes. Based on our ongoing research on health experiences of migrant workers and interventions that seek to address their health concerns, we attempt to describe some of these roadblocks in this article.

Several sites provide migrants ‘accommodation’ at the worksites as part of their work arrangements, which is also often a larger strategy of extraction intended to ensure that labour is available round the clock. Many of these worksites are unregistered or do not meet legally mandated safety norms, due to which these spaces are closely guarded by ‘gatekeepers’ appointed by the employers. These ‘gatekeepers’ are most often contractors or middlemen who fiercely control the entry of outsiders. Ironically, these are the very people who are responsible for ensuring the safety of workers at the worksites.

Under such circumstances, conversations on occupational health and safety of migrants are difficult to undertake. Researchers seeking to study health outcomes or non-profits seeking to implement interventions in worksites are viewed with extreme suspicion. Further, the multiple levels of employers (at some construction sites we were able to trace seven levels of employers starting from the owner of the enterprise to the sub-sub-contractor) make it difficult to forge relationships with migrant communities and thus constrain researchers and agencies wanting to establish a rapport with them.

It is difficult to sustain brick and mortar clinics in high migrant density clusters, especially in areas where migration patterns are highly seasonal. These are often not financially viable since the patient load fluctuates widely throughout the year. In such a scenario, mobile health services seem best suited to serve this population but they are seldom equipped with the complete range of primary healthcare facilities, thus compromising the quality of care that can be offered to such a vulnerable community. Several non-profits, including Aajeevika Bureau in Ahmedabad, operate crèches on construction sites, providing early childcare to children of migrant workers. Our experience shows that crèches are most viable when they are operated at scale, primarily because it requires physical (space, water, electricity) and financial resources (to purchase food items, play material). Non-profits usually prefer to run day care facilities at larger sites where construction work is likely to go on for at least a few years or have a greater presence of migrant children. Large corporate houses are sometimes willing to invest in crèche facilities on their work sites, but most mid-sized or small enterprises fail to make such commitments. Due to this, in thousands of smaller work sites spread across the city, children are just left out in the open exposed to risks of injuries and accidents, deprived of an atmosphere of care and security. This has far reaching implications for children’s health and well-being.

Mobility is a persistent feature of the lives of migrant workers. Attached to specific labour contractors, migrants move constantly from one worksite to another, traversing many towns and cities across the length and breadth of the country, besides travelling frequently between their villages and the city. In such a scenario, sustained engagement with the community on important aspects of public health, such as health education and preventive care becomes very hard, due to which gains in disease control and awareness become elusive.

Healthcare outreach services provided to adolescent girls, pregnant women, and children are interrupted on account of the mobility of their families, thus greatly shortening the window of opportunity that is available to such agencies to make an impact. This also imposes financial challenges for non-profits working with these communities. The impermanence of the community substantially constrains their ability to measure ‘impact’ in the short- or long term. This further affects the commitment of donor agencies since ‘results’ are seldom available in traditional formats.

Being in a constant state of drift has many implications on migrants’ ability to access public health facilities at both the urban and rural ends. Migrants’ constant mobility, between the city and the village, and within the city, also greatly affects the ability of non-profits to enable their linkages with critical health services. To cite an example: migrant women who are pregnant are unable to access the mandated number of ante-natal care check-ups due to the transient nature of their lives. This further endangers their pregnancy and poses potential risks to the health of the newborn child.

Despite the high incidence of TB, labour migrants also often fall outside the purview of the national TB control programme, as it becomes very difficult to track affected workers and ensure their adherence to the treatment protocol, owing to their constant movement.

Despite the scale of migration, seasonal migrant families lead invisible, isolated lives as they remain dispersed across the wide canvas of the city. Devoid of voting rights in the urban destinations that they help build with their labour, their lives are stripped of any form of political voice or agency. Their needs are rarely a part of the imagination of urban public services, including health systems. For instance, the absence of domicile documents deprives young children from migrant families of early child care services such as vaccinations and essential nutrition that is available to the local population through ICDS (Integrated Child Development Services)2. This severely impairs health and growth outcomes among such children, contributing to long-term adverse effects such as the inter-generational transmission of ill health, stunted growth, and poverty.

In many ways, this invisibilisation is also reflected in the absence of reliable national-level data. The decade old survey on migration (National Sample Survey (NSS) 2007-08) does not provide any data on health outcomes of migrant workers and the information available in the last round of National Family Health Survey (NFHS) (2015-16) is far from adequate. As a result, there is very little understanding of the trends and prevalence of health burden among migrants, their health experiences or the extent of their access to different forms of healthcare.

While the recent discussion on Pradhan Mantri Jan Aarogya Yojana (PMJAY)3 does attempt to draw attention to secondary and tertiary forms of care, it must be noted that even today, seasonal migrants in the country lack steady and reliable access to basic primary care. Though schemes such as Rashtriya Swasthya Bima Yojana (RSBY)4 did have provisions for portability designed for the benefit of migrant communities, differences in operationalisation guidelines across states and several lacunae in its implementation have, in our experience, resulted in little impact on the ground. It is extremely important for health policies and programmes to acknowledge that mobility is central to the lives and livelihoods of millions of Indians, and thus build provisions that specifically address the unique circumstances of such communities, who are often among the poorest of the poor.

thanks for this article. i would like to suggest a greater focus on the role of the state in ensuring health care services reach these workers - there are many implications for policy. i would like to illustrate with work i did as a member for child health at the National Commission for Protection of Child Rights; amongst many other investigations, i made policy recommendations for health services for informal work spaces such as brick kilns. my point was that while the worker population may be fluid, the spaces were fixed, so there was no reason for the district administration to not provide all its services INSIDE the brick kilns and leave them outside its purview. ASHAs must go in, ANMs must go in etc etc. you might find my recommendations somewhere.