The challenge of identifying economic activities of firms 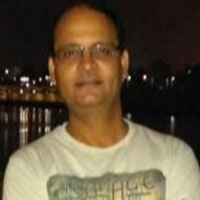 The reliability of India’s GDP estimates has been debated extensively. A key challenge in the construction of macro-aggregates lies in the proper identification of firms’ economic activities as firms can have multiple activities across industries. In this post, Radhika Pandey, Amey Sapre, and Pramod Sinha demonstrate the extent of the identification problem, which is a major challenge in the estimation of value addition in the manufacturing sector.

One of the major challenges in constructing macro-aggregates such as Gross Value Addition (GVA) is the proper identification of economic activities of firms. The challenge emerges because firms can have multiple activities and even diversify across industries as part of their business strategy. In such cases, identification of a firm's primary activity becomes a prerequisite for computing value addition in a given sector such as manufacturing or services. Without proper identification, the outcome of any estimation exercise can have several inaccuracies, such as: (i) incorrect inclusion/exclusion of firms in a sector, (ii) distortion in industry-level GVA estimates, and (iii) incorrect diagnosis and policy formulation for industries.

The extent of the identification problem

At present, the MCA21 dataset is not available in the public domain. We use a comparable dataset from CMIE (Centre for Monitoring Indian Economy) Prowess to analyse data on nearly 48,000 listed/unlisted private and public limited firms spanning over 30 years (1988-2018). Identifying changes in primary economic activity is a two-step process. The first step is a scrutiny of product schedules and the corresponding sources of revenue of the firm. Second, within available activities, primary activity is widely accepted to be the one with the maximum revenue contribution. The question is: how frequently does primary activity change? Since businesses can change their primary activity in any year, we begin by arranging firms as per the number of years for which data is available.

Table 1. Changes in primary economic activity of firms over time

The numbers reveal some interesting aspects of firms' businesses: (i) over time, firms are frequent in changing their business activities and such changes are not apparent in an aggregate GVA estimate for any year; (ii) sources of revenue keep changing, which, from a data point of view, implies a change in the primary business of the firm; (iii) with a longer time span, the possibility of a large number of firms having repeatedly changed their primary activity increases. If we consider the simplest case, Figure 1 plots the share of firms that have changed their primary activity at least once over the years.

Figure 1.Percentage share of firms with at least one change in primary activity

As an illustrative case, out of the 268 firms in manufacturing, 133 moved to non-financial services, while 89 moved from non-financial services into manufacturing at least once in the past 10 years. Over the years, it is possible for firms to move in and out of an activity or return to their original activity after having ventured into multiple industries. If we were to include multiple changes, the task becomes unmanageable as it is difficult to track the economic activities of a firm from its historic data.

Why is identification of economic activities of firms a concern?

Changing economic activities at the firm level is a reality and the impact of such changes on GVA estimation cannot be assumed to be negligible. Firms of different sizes move in and out of an industry, which makes it difficult to have an error-free list of firms that currently are and have always been in one economic activity. The criterion of maximum revenue contribution also has its own limitations. For example, if changes in revenue sources are frequent, the entire enterprise is likely to either get included or excluded from year-on-year estimation at the industry level. This process can lead to abrupt changes in levels and growth rates of value addition. Identification is also a challenge in case of entry and exit of firms. If firms are frequent in changing their industry, it complicates matters to know the number of registered and active firms in any industry. In reality, the MCA21 dataset, which is used for estimation purposes, has nearly 1 million firms spread over 10 years. The extent of changes in primary activity of large and small firms available in the dataset is presently unknown. Even if 1/3rd of the firms are likely to have changed their primary activity, the extent of misclassification can be substantial.

Identification of economic activities is among the finer aspects of measurement and accuracy of macro-aggregates. The case of the manufacturing sector is no different. Identifying primary activity of firms remains a challenge and may well require new systemic thinking in addition to current efforts and practices. Since identification of activities is a recurring or a year-on-year challenge, the process of identification must also be undertaken on a regular basis. Historic data of firms can reveal changes in primary activity, but the task of deciphering information from a large dataset like the MCA21 can be challenging. Given the debate on the reliability of GDP (Gross Domestic Product) estimates, perhaps the need of the hour is to focus on resolving challenges that affect the quality of our macro-aggregates and to keep pace with changing data and systemic environments.

GDP conundrum: Some areas of concern around growth overestimation in Indian manufacturing