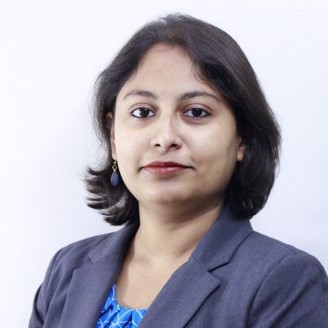 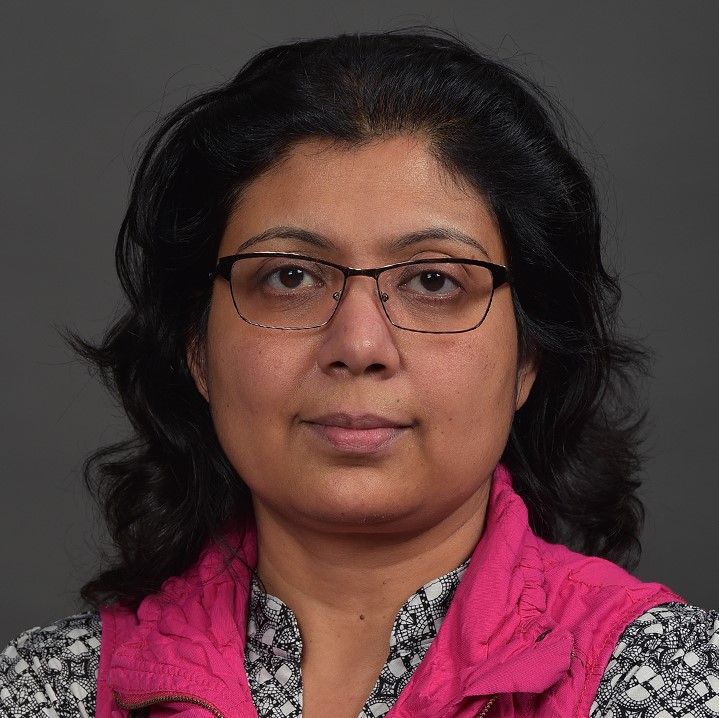 India accounts for one-fourth of the world’s neonatal mortalities, and this has likely been exacerbated by the Covid-19 pandemic – due to lockdowns and lack of access to critical antenatal and postnatal care. Analysing 2011-12 India Human Development Survey (IHDS)-II data, this article uses machine learning to build predictive models of neonatal and infant mortality incidence, and identify the early warning signs, and consequently those at high-risk of neonatal and infant mortality.

Figure 1. Neonatal, infant, and under-five mortality rate across four rounds of the NFHS 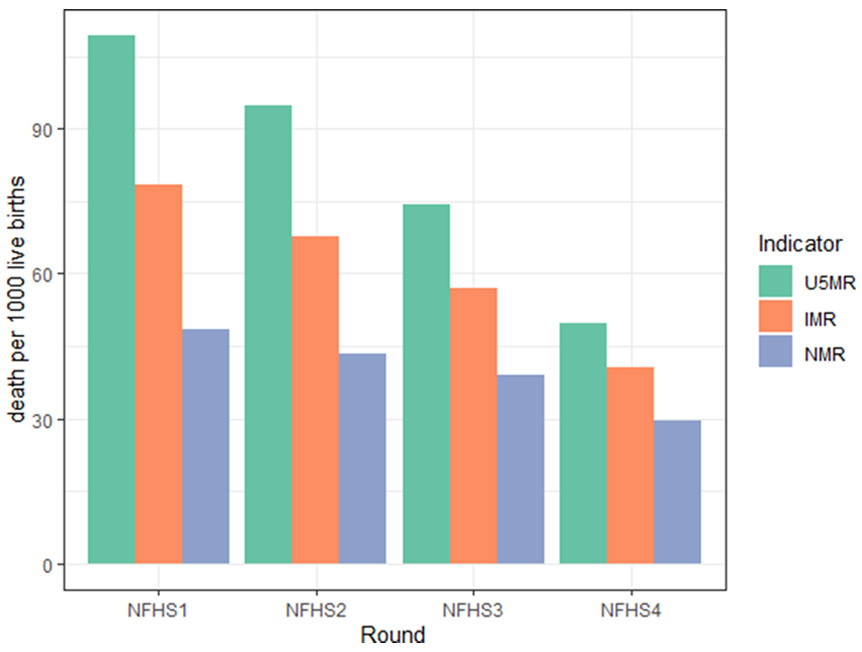 This indicates that special focus should be given to reducing neonatal mortality over and above infant or child mortality. India accounts for one-fifth of the total births around the world, and one-fourth of the world’s neonatal mortalities (Sankar et al. 2016). This high neonatal mortality has been exacerbated by the Covid-19 pandemic and its lockdowns, which had consequences for access to critical antenatal and postnatal care. Decades of progress has unravelled in months – the true extent of which will become more apparent in the near future (Gates Foundation, 2020).

However, as Dandona and Kumar (2019) point out that widely used datasets such as NFHS do not collect data on several known risk factors for neonatal mortality – such as complications during pregnancy and delivery – or the availability and access to commonly recommended interventions, making them insufficient for policymaking. Although the explicit target under the Sustainable Development Goals 2030 is to reduce neonatal mortality to 12 deaths per 1,000 live births by 2030, India adopted a more ambitious goal of achieving single digit neonatal mortality rate through the “India Newborn Action Plan” (INAP) modelled after the global “Every Newborn Action Plan”. The India Newborn Action Plan recognises delays in the timely identification of danger signs to newborn health to be a crucial bottleneck for healthcare delivery. The INAP also recommends training community health workers to identify early danger signs for neonatal and infant mortality. However, as Di Giorgio et al. (2020) show, poor clinical knowledge among healthcare workers regarding common conditions that lead to child mortality is a crucial constraint – even greater than constraints in the availability of drugs or healthcare worker in developing economies.

However, an econometric challenge in modelling the incidences of neonatal and infant mortality is the issue of ‘rare events’; in household survey data, incidences of neonatal and infant mortality are fewer in number compared to the newborns that remain alive. Traditional econometric techniques and ML techniques tend to underpredict these events that is, they do not accurately identify most of these deaths. We combine boosted classification trees with two resampling techniques3 to achieve prediction accuracy comparable to the easier-to-interpret traditional ML techniques.

We use LASSO (Least Absolute Shrinkage and Selection Operator)4 to select the most important predictors of neonatal and infant mortality out of these. We use non-parametric ML algorithms like random forests and boosted classification trees to rank order the predictors based on commonly used measures of variable importance. The consensus of the results from these algorithms allows us to identify characteristics that comprise early warning signs for high-mortality risk groups (Table 1).

We find that newborns whose mothers have prior-born children succumb to death, who are first-borns; born in poorer households; born being lower-than-average weight; whose mothers experienced complications during delivery (delayed placenta, excessive bleeding, being stuck during delivery etc.); and did not receive cash under JSY have a higher risk of neonatal and infant mortality. In case of infants, girls and those who did not receive essential vaccinations are at a higher risk of infant mortality. Infants who receive early healthcare are at a lower risk of mortality5. Additionally, we employ Group LASSO to assess the relative importance of groups of predictors6. We find that the mother’s demographic and biological characteristics are most important, followed by medical care, household characteristics, and finally by the biological characteristics of newborn.

Identifying the early-warning signs would help clearly lay out a roadmap to implement the action points discussed in the India Newborn Action Plan. Achieving the ambitious goals of single-digit neonatal mortality within a decade will need aggressive and targetted policies. The early warning indicators we identify do not require advanced clinical knowledge and can easily serve as an important first triage in identifying high-risk individuals.