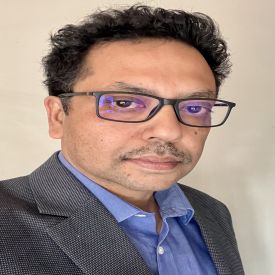 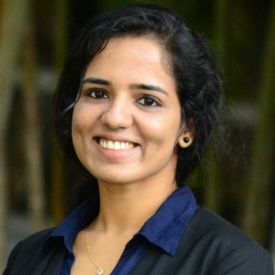 Union budget 2021-22 has proposed a sharp 34.5% hike in capital expenditure, which is expected to boost the capital goods sector. While the sector has grown since liberalisation, its share in the global export market is under 1%, and there is heavy dependence on imports. Analysing trade data for the sector from 2008-09–2018-19, this article suggests that India has not been able to fully leverage free trade agreements due to non-tariff barriers and low competitiveness.

India's capital goods sector has grown in size since liberalisation in the 1990s. In terms of production, the sector contributes around 12% of India's manufacturing gross value added and 1.5% of India's GDP (gross domestic product) (Department of Heavy Industry, 2020). However, the sector's share in the global export market is less than 1% (Department of Heavy Industry 2016), and there is heavy dependence on imports to fill the huge demand-supply gap. Hence, a widening trade deficit is a major concern of the sector. The domestic production of capital goods in 2018-19 was US$13.6 billion, while the domestic market size was US$43.2 billion. India's modest export performance indicates that domestic producers are unable to tap the global export market demand effectively. The 'National Capital Goods Policy 2016' aims to increase the export of India's capital goods sector at least to 40% of the total production. In this context, we study whether India can leverage trade agreements to boost its capital goods' exports (Pal and Swathysree 2020).

We carry out a 10-year (2008-09 to 2018-19) trend analysis of India's capital goods exports, imports, and trade balance using CMIE (Centre for Monitoring the Indian Economy) Tradex data.1 We group the capital goods’ exports and imports into three categories: (a) products exhibiting a rising trend, (b) products showing a falling trend, and (c) products with a stagnant trend. This exercise helps us to identify products where India has export growth potential and products in which import dependence is rising.

Gross exports of all capital goods subsectors show a positive trend during the study period. The leading exporter subsectors are heavy electrical and power equipment, earthmoving and mining machinery, and process plant equipment – together accounting for 85% of India's total capital goods exports. Gross imports of all subsectors, except metallurgical machinery, have shown an increasing trend during this period, suggestive of rising domestic demand. Heavy electrical equipment accounts for 40% of India's gross imports of capital goods, followed by earthmoving and mining machinery (21%), and machine tools (8%).

Given this context, we examine India's capital goods trade with free trade agreement (FTA) partners (countries with whom India has trade agreements), the rest of the world, and China. The rest of the world – hereafter non-FTA partners – includes all other countries with whom India has trade relations but no existing FTAs (Most-favoured nation (MFN)3 partners minus China). We take a three-year (2017-18 to 2019-20) average value of exports and imports for this analysis, using CMIE Tradex data. The non-FTA partners constitute the major export market of India's capital goods, with a share of 64%, followed by FTA partners (32%), and China (4%) (See Figure 1). The major sources of capital goods imports are non-FTA partners (48%), followed by China (28%) and FTA partners (24%).

Using CMIE Tradex data at the two-digit and four-digit level harmonised system (HS)4 code classification, we identify the major export destinations and import sources of top 10 capital goods exports and imports, to understand the implications of trade agreements on India's capital goods sector. We find that the major export destinations of Indian capital goods are developed countries like the US, UK, Germany, and France, and Gulf nations such as UAE, Saudi Arabia, and Kuwait with whom India does not have FTAs currently.5 The major import sources of top 10 capital goods imports include China, South Korea, developed nations like the US, Germany, Japan, and Southeast Asian countries like Malaysia, Singapore, and Vietnam. India has existing trade agreements with Japan, South Korea, and the Southeast Asian nations. The compound annual growth rate of imports of capital goods by India from the ASEAN (Association of South East Asian Nations) bloc has increased by 14.4%, while India's exports to ASEAN has increased only by 10.6%, during 2008-09 to 2019-20.6 India runs massive trade deficits with China and ASEAN countries. China accounts for 58% of India's overall trade deficit in capital goods.7

It appears, from our study, that the current set of trade agreements are unlikely to bring many benefits for India's capital goods sector. Our analysis shows that the major export markets of Indian capital goods are countries with low applied tariff rates.8 Hence, it is unlikely that there is a high ‘preference margin’ (gap between applied MFN tariff and preferential tariff under FTAs) in these markets. The import tariff on capital goods is also low.9

On the other hand, Indian capital goods exports are likely to face stiff non-tariff measures like quality standards and TBTs (technical barriers to trade) in the major export markets. Many Indian standard-setting bodies are not recognised in these markets, and exporters have found it difficult to comply with multiple standard requirements. Non-tariff barriers are public policy measures that are unlikely to be relaxed under FTAs. As a matter of fact, in FTAs with WTO+ and WTO-X,10 non-tariff measures may be higher for FTA partners. These factors could have contributed to the apparent anomaly of India's low FTA utilisation in both exports and imports. The low share of FTA partners in capital goods exports compared to the countries with whom India does not have trade agreements shows that India has not leveraged the existing trade agreements to its full potential (Chanda, 2014). The FTA utilisation by Indian exporters and importers has been less than 3% of the available opportunity, whereas it is as high as 70-80% in developed countries (Deloitte, 2017).

Our interaction with capital goods exporters and other stakeholders suggests lack of awareness about FTAs, and complex paperwork as plausible reasons for low utilisation. The low FTA utilisation rate warrants sector-specific, granular studies to understand the underlying reasons. It is worth highlighting that India can leverage trade agreements only when domestic production of capital goods is internationally competitive.

The modest/stagnant export performance, increasing dependence on imports, and sizeable trade deficit in capital goods indicate India's lack of competitiveness, especially at the higher end of the value chain.11 Some of the factors adversely affecting competitiveness include adverse movement of exchange rates, high cost of credit, inverted duty structure,12 and technological backwardness. In a few subsectors of capital goods, where Indian exporters are globally competitive in terms of technology and prices, exporters have found it challenging to penetrate some important foreign markets due to strict standards and lack of recognition of Indian standard-setting bodies. Negotiating Mutual Recognition Agreements with these countries and harmonising standards can help India's capital goods exports.