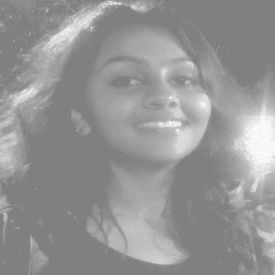 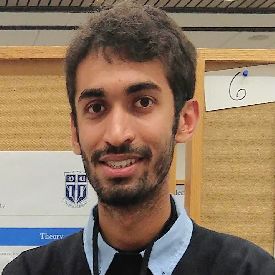 One of the worst affected sections from India’s Covid-19 lockdown has been the migrant workers who have been left jobless, moneyless, and homeless. Though efforts are being made by several state governments to bring back migrant workers and facilitate their safe movement, this ‘reverse migration’ raises the risk of the spread of infection to the hinterlands. In this post, Parikh, Gupta, and Subham discuss how states can mitigate this imminent risk.

Since more than 50 days, India has been in a state of lockdown. Though the lockdown is widely acknowledged as imperative to contain the spread of Covid-19, the mass opinion has been divided on the overall effect of the lockdown on the welfare of citizens, especially considering the hardship faced by the economically weaker sections of the society. One of the worst affected sections has been migrant workers who had migrated from their home state to a different state seeking employment and livelihood opportunities. However, the Covid-19 crisis has left these workers jobless, moneyless, and homeless. Faced with the risk of starvation, large masses of poor and helpless migrants decided to return to their home states. With no transportation option, many began an endless walk back under the scorching Indian sun.

Several state governments such as Uttar Pradesh, Maharashtra, Madhya Pradesh, Assam, Chhattisgarh, and Uttarakhand proactively made efforts to bring back migrant workers by arranging inter-state buses as early as the end of March. Following the lead, Indian Railways started nationwide special ‘Shramik Express’ trains on 1 May 2020. Though such measures are necessary to facilitate the safe movement of those stranded away from their homes, this ‘reverse migration’ also raises the risk of the spread of infection to the hinterlands of the receiving states that often lack crucial healthcare infrastructure for testing, isolation wards, and ventilators. On a pan-India level, it can be noted that three major states – Rajasthan, Uttar Pradesh, and Bihar – have been providing migrant labour to primarily the four major industrial states – Maharashtra, Gujarat, National Capital Territory of Delhi (NCT), and West Bengal – all of which are badly hit by Covid-19. How can states like Bihar, Uttar Pradesh, and Rajasthan mitigate the imminent risk posed by reverse migration?

The first and necessary step towards answering such questions and containing the spread of an epidemic is to determine who is infected and how many are infected in different parts of the country. Knowing who is infected helps with the formulation of a microstrategy – isolation of the infected, contact tracing, and detecting possible cases of infections. On the other hand, estimating how many are infected helps with working out a macrostrategy – opening or locking-down of an economic zone, allowing the flow of people from one region to another, and effective allocation of medical resources.

Taking stock of the situation

The best approach to understand the extent of the spread of the epidemic, as the World Health Organization (WHO) head Tedros Ghebreyesus mentioned, is to “test, test, test”. However, the number of test kits required is a major limiting factor, especially in a country as vast and populous as India. Testing over a billion people is not a viable option. However, by estimating the number of infected patients using statistical methods, one can answer ‘if’ and ‘which’ regions of India need any additional testing, and which are conducting adequate testing.

Figure 3. State-wise estimated actual infected cases as compared to confirmed cases as of 16 May 2020 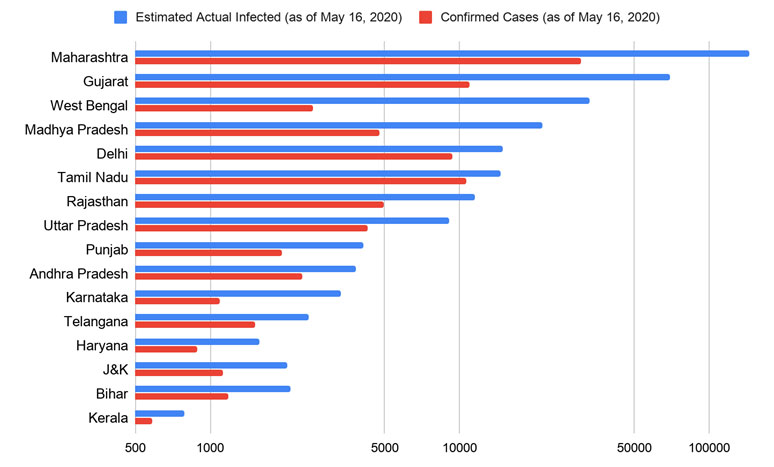 The total confirmed cases by mid-May stands at 90,819 cases but our estimates of the actual number of infections stand between 250,000 and 400,000 cases, as shown in Figure 2. These estimates are based on the fatality rate of Covid-19, test positivity ratio, and tests per million. As different states vary in their demography, and the capacity of health infrastructure, we also assessed the situation at the state level using the above-mentioned statistical approach, as shown in Figure 3. It is important to note that the worst Covid-19-hit states like Maharashtra, Gujarat, and West Bengal are estimated to have a much larger number of actual cases as compared to the currently confirmed cases post-testing. This difference is especially glaring for the states of West Bengal and Gujarat, highlighting the need for additional testing. We believe that stratified randomised testing either using RT-PCR (Reverse Transcription - Polymerase Chain Reaction) or rapid antibody test would be beneficial for the early identification of Covid-19 cases and estimation of the actual number of infections across different sub-populations. This will further help in designing macro-containment strategies – within and across states.

Coping with the reverse-migration risk

Reverse migration in the age of Covid-19 poses a grave healthcare risk for both the migrants and the residents of their home states. As the employer-states are industrial states, they have pockets of high population density, where the propensity of infection spread is higher. A large proportion of the migrant workers reside in one of these high-density pockets and are therefore more susceptible to getting infected. Further, the home states of migrants are typically economically constrained with limited healthcare facilities, as shown in Figure 4. Thus, the states receiving an overwhelming influx of migrants need to be extra-vigilant and strategic in combating this risk. From Figure 5, it can be observed that receiving states like Bihar, Jharkhand, Uttar Pradesh, and Rajasthan are seeing a new rise in cases, which is likely to be the collateral effect of reverse migration.

Figure 4. Number of ICU beds and ventilators per million people across the Indian states 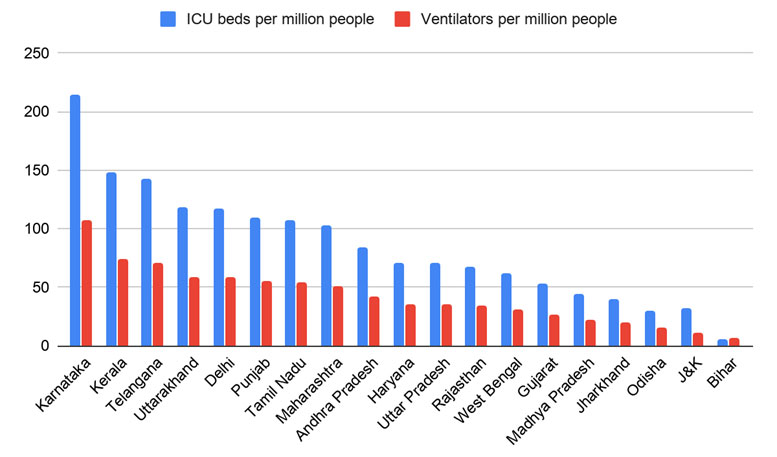 The travel pattern of the migrants presents a silver lining to this entire situation. Travelling from and to the same location in groups leads to natural clustering. Two-fold randomised testing – one by the sending state and other by the receiving state – can help estimate the propensity of infection in each of these clusters. This needs to be supplemented with an isolation or a follow-up strategy for containing the spread in case the authorities find a significant number of positive samples within a cluster. This can further aid in focused future testing efforts and predicting potential red zones.

The key to fighting a pandemic at nationwide scale is a priori prediction of red zones, hotspots, and anticipatory containment actions, rather than playing cat and mouse with the virus. Our analysis estimates that the actual number of Covid-19 cases in India is significantly higher than the currently observed numbers. Based on our estimates of the actual number of cases for each state and India as a whole, we argue that it is important to perform stratified randomised testing in order to estimate the spread of the disease in subsections of the population. Along with regional randomised testing, we also recommend two-fold randomised testing on reverse-migrating workers. It is feasible to predict future red zones by combining the results from regional and two-fold randomised testing coupled with a follow-up strategy. The central government’s Covid-19 response committee, in consultation with the state governments, can then use the information on potential red zones across India to strategically allocate medical resources. The best way forward is to act pre-emptively and contain the spread before it becomes fatal.

And in other news, it would be midnight in another 6 hours in India. Seriously, is this even worth publishing?