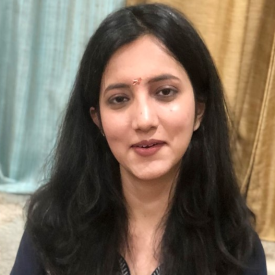 The Consumer Price Index (CPI) is used as an indicator in various policymaking contexts, and has gained greater significance since the adoption of the inflation targeting framework in India. In this post, Goyal et al. examine how the weights of various commodities from the 2011-12 Consumer Expenditure Survey and the 2019 Consumer Pyramid Household Survey, compare with the weights used in CPI.

The consumer price index (CPI) is used as an indicator in various policymaking contexts, such as monetary policy, for determining dearness allowances of government employees, wages under welfare schemes, etc. In particular, the use of the CPI-Combined index has gained greater significance since the adoption of the inflation targeting framework in India.

A key component of CPI is the consumption basket of households. Most inflation indices are designed like Laspeyres Price Index1, which requires a fixed consumption basket. The NSSO (National Sample Survey Office) Consumer Expenditure Survey (CES) is used to determine the household consumption basket and weights of the various commodities in the current CPI series. However, the last publicly available data on household consumption baskets is from 2011-12 NSSO CES. Another source of data on consumption baskets that has become available in recent years is the CMIE (Centre for Monitoring the Indian Economy) Consumer Pyramid Household Survey (CPHS), which is a longitudinal survey of about 150,000 households with data on consumption, income, household assets and liabilities and other demographic characteristics. Given the importance of CPI in macroeconomic policy, in a recent study (Goyal et al. 2021), we examine how the weights of various commodities from the 2011-12 CES and the CPHS2, compare with the weights used in CPI.

We draw on official sources and document the methodology of constructing the CPI, and highlight important details on the construction of the CPI – in particular the details on commodity classification, and reference and recall periods. We compare the weights of commodities in the CPI series with the share of each item in the total consumption expenditure in the 2011-12 CES as well as the 2019 CPHS3.

To compare the weights of CES with CPI, it is important to ensure that CPI and CES are measuring consumption expenditure on the same basket of goods and services. Hence, we map the commodity groups and sub-groups in CPI (base year 2012) to 2011-12 CES at the item level. The components of these categories match closely and differ by name for only two categories4. There is one major difference – the ‘Housing' category in CPI includes the imputed rent of owner-occupied housing while this is not included in the ‘Rent, Taxes, Cess' category in the 2011-12 CES.

Table 1 compares the CPI weights with CES expense shares. We observe differences in CPI-CES weights in nearly all categories in the urban sector, with a difference of up to 13 percentage points within a category. However, the CPI methodology documentation does not specify the reasons for deviating from expense shares in CES 2011-12.

The ‘Food' category has a weight of 36.3% in urban CPI and 42.6% in urban CES – the highest weight of any category. A striking difference in weights is in the category ‘Housing' where the CPI assigns no weight for rural households while weight assigned for urban regions is 21%. These differ from CES expense shares found for ‘Housing’ – the share of ‘Housing'5 CES is only 7% in urban sector. As the inclusion of imputed rent is the only notable difference we find in CES and CPI methodology, we verify if this inclusion is the cause of difference, in two ways. First, if the weight of imputed rent is added to the category ‘Housing', the total expense share of ‘Housing' in CES is similar to its CPI weight. (RESOLVED)

Second, we verify if CPI methodology for ‘Housing' accounts for the difference in weights of other categories as well. We exclude ‘Housing' from both CPI and CES, by deducting it from the ‘Total expense' (denominator) in CES, and recalculating the expense shares for all categories. In CPI, ‘Housing' weight is redistributed to other categories for the purpose of this analysis. The result is that CPI and CES weights match (on approximating to two decimal places). This indicates that the weights of all categories are impacted by the share attributed to ‘Housing' in CPI, due to inclusion of imputed rent in the category.

This inclusion of the imputed rent component of ‘Housing' in CPI presents other issues as well – imputed rent includes subsidised or concessional housing provided to employees, such as house rent allowance (HRA) to government employees. The high relative weight assigned to imputed rent in CPI creates volatility in CPI whenever dearness allowances or pay commissions are announced (Morris 2021). Hence, CPI commodity weights are not comparable to the household expense shares observed in the official household survey on which they are based, until we adjust for the weights of ‘Housing' group. Once we exclude ‘Housing’ from CES and CPI weights, we find that weights used in CPI broadly match expense shares observed in CES.

Thus, we find that while CPI is based on 2011-12 CES, CPI weights are not entirely consistent with those of the CES. However, the difference in weights is primarily on account of the ‘Housing’ category.

We compare the weights of different commodities in the CPI to expense shares implied by a new, independent, nationally representative household survey, the CMIE CPHS. CPHS provides us with monthly household consumption expenditure, among other income and household demographic characteristics, and is available since 2014.

To compare the expense shares of CPHS with CPI weights, it is important to ensure that the CPI and CPHS are measuring consumption expenditures on a broadly similar basket of goods and services. We map CPI commodity classification to CPHS classification, by comparing the item-wise list of CPI with category and sub-category descriptions of CPHS (at the highest level of disaggregation)6. A detailed mapping for CPI-CPHS commodity classification is presented in Appendix of the paper.

We then compare the weights assigned to each commodity by CPI, to the household expense shares estimated using the CPHS data. Table 2 compares 2019 CPHS expense shares and CPI (base year 2012) weights for major categories for urban and rural sectors in India7.

Other differences remain – ‘Transport and communication’, ‘Clothing and footwear’, and ‘Health’ have more than a 2 percentage point difference in both urban and rural CPI-CPHS weights, and ‘Education’ in urban CPI-CPHS weights.

Since food constitutes roughly half of the CPI basket, we show the difference in the weighing pattern within the category of ‘Food’. We find that the difference in CPI-CPHS weights in the ‘Food' category is not distributed evenly across its sub-categories or even regions. The components of ‘Food' that contribute to differences in weights between CPI and CPHS are different for urban and rural sectors. In urban sector, this difference is driven primarily by difference in weights of ‘Sugar and confectionary’, ‘Vegetables’, ‘Meat, eggs, fish’, ‘Milk and products’, and ‘Prepared meals’. In the rural sector, the CPI-CPHS difference of nearly 3 percentage points in ‘Food’ is driven by ‘Cereals and pulses’, ‘Vegetables’, ‘Spices’, ‘Fruits’, and ‘Prepared meals’.

Thus, we find that several categories have different weights in CPI and CPHS, particularly in the urban region. However, the magnitude of these differences reduce, once the category of ‘Housing’ is excluded from both the CPI and CPHS. There could be several reasons for the observed difference in CPI weights and 2019 CPHS expense shares – difference due to the difference in time period examined (2011-12 to 2019), CPI-CPHS commodity classification, or recall periods used8. Differences could also be attributed to changes in consumer baskets due to changes in socioeconomic covariates from 2011-12 to 20199.

While CPI methodology reports that its weights are based on 2011-12 CES, CPI weights closely match those of 2011-12 CES only once the sub-group ‘Housing' is excluded from the total consumption expenses. In the case of CPHS, differences in some categories such as ‘Food’, ‘Household goods and services’, and ‘Recreation’ are less than 2 percentage points. Differences in the shares of commodities such as ‘Transport and communication’, ‘Health’, ‘Education’, and ‘Intoxicants’ are larger. In particular, CPI underestimates household expenses on one of the largest commodity groupings, ‘Transport and communication’, by 4-5 percentage points in both rural and urban regions. Excluding ‘Housing’ from both CPI and CPHS makes them more comparable to each other and to 2011-12 CES.