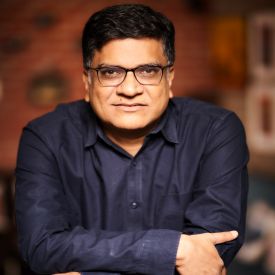 Finance Minister Sitharaman presented the Union Budget for 2020-21 on 1st February – at a time when economy is facing economic slowdown. In this post, Niranjan Rajadhyaksha contends that even though the tax assumptions are less aggressive this time than those in the July 2019 Budget, a lot depends on the strength of the economic recovery and the ability of the government to pull off an ambitious divestment plan.

The second Budget presented by Finance Minister Nirmala Sitharaman has run into a barrage of criticism. So let me begin by mentioning one important positive in an otherwise insipid budget.

The actual budgeting exercise this time is far more credible than the July 2019 one. Net tax revenue of the central government is expected to grow at 8.7% over the revised estimates of 2019-20, implying a tax buoyancy of less than one. The previous budget was built around unrealistic tax revenue growth numbers. That is one reason why, along with lower nominal economic growth and tax cuts in the middle of the year, net tax collections are expected to be around Rs. 1.5 trillion less than what was budgeted in July 2019.

The Finance Minister has also done well to publish a statement on extra budgetary borrowings by the government. Much of this is borrowing by the Food Corporation of India from the National Small Savings Fund. The total public sector borrowing requirement gives us a better idea of what proportion of the financial savings of Indian households is going to the government and its agencies. The domestic savings constraint caps the extent of fiscal expansion that is possible right now.

Will the government be able to meet the fiscal deficit target of 3.5% of GDP (gross domestic product) in the financial year that will begin in April 2020? Even though the tax assumptions are less aggressive than those in the July 2019 budget, a lot depends on the strength of the economic recovery and the ability of the government to collect Rs. 2.1 trillion through asset sales and Rs. 1.35 trillion from the auction of telecom spectrum. The estimated Rs. 60,000 crore (Rs. 0.6 trillion) of dividend from the Reserve Bank of India (RBI) means that there could be less dependence on payments from the central bank to support the budget next year. A lot then depends on the ability of the government to pull off an ambitious divestment plan as also the ability of struggling telecom companies to bid for new spectrum.

The use of the escape clause has allowed the government to not squeeze spending in the fourth quarter to keep the fiscal deficit close to the budgeted 3.3% of GDP for the ongoing financial year, thus avoiding an unwarranted pro-cyclical shock to a weak economy. However, it is still not clear how the fiscal slippage in 2019-20 is to be funded, since there has been no announcement as yet of a supplementary borrowing programme. The FRBM escape clause also allows the government to monetise its fiscal deficit by selling bonds directly to the RBI, so this will be the first time since 2003 when an Indian government can demand access to the printing press. Will it be used in the coming weeks to cover the funding gap?

The fiscal strategy to stimulate aggregate demand stands on two legs. Income tax cuts on the one hand combined with increased spending in select programmes. The rejigging of the income tax schedule leaves India will seven tax slabs, the most complicated income tax structure since V.P. Singh reduced the number of income tax slabs from eight to four in the 1985 budget, following the guidelines of the Long Term Fiscal Policy document. Another worry is that beneficiaries could decide to use the extra disposable income to either save or pay off debts. Tax cuts usually have less bite in a deleveraging economy.

The second leg of the fiscal strategy is higher public spending. Some key flagship programmes such as the Mahatma Gandhi National Rural Employment Guarantee Scheme (MNREGS), the National Health Mission, and National Education Mission are facing a funds squeeze. Some of the schemes that have been given more attention are Pradhan Mantri Gram Sadak Yojana, Pradhan Mantri Awas Yojana, Jal Jeevan Mission, Urban Rejuvenation Mission, and the Integrated Child Development Services (ICDS). A lot seems to be dependent on the PM-Kisan programme of direct cash transfers, which has had significant teething problems in its first year because of implementation hurdles.

The spending pattern indicates a preference for infrastructure spending, though there continues to be a lack of clarity on how the ambitious National Infrastructure Pipeline is to be funded. The empirical literature shows that the peak fiscal multiplier is higher for infrastructure projects, but much depends on execution capabilities given the bottlenecks that such projects usually face in India.

Also, some of the choices implicit in the new Budget indicate a preference for directing resources to those near the middle of the income pyramid rather than at either end – for example, the preference for PM-Kisan rather than the rural jobs scheme, the income tax cut rates for those earning less than Rs. 1,500,000 a year, and the measures to boost credit to small and medium enterprises. This could partly be explained by economics and partly by the political strategy of the Narendra Modi government.