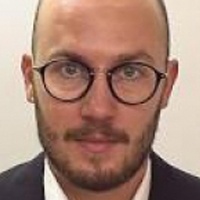 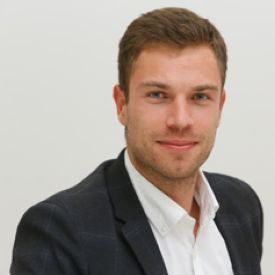 The Indian economy is currently experiencing a sharp slowdown, and the government has reacted with corporate tax cuts and a large infrastructure initiative. Using annual data from 1987-2017 for six South Asian countries including India, this article analyses the relationship between fiscal policy and economic activity in the region and finds that it amplified boom-and-bust cycles.

Fiscal challenges are at the core of development challenges across South Asian countries. In India, high off-budget spending in recent years – for example by the Food Corporation of India or the National Highways Authority – calls the planned fiscal consolidation in question. In addition, the newly announced fiscal stimulus will weigh on public finances. And some states remain a source of contingent liabilities, for example, due to borrowing by utilities or due to waivers of bank debts for specific groups. In Bangladesh, the energy mix is becoming increasingly expensive. Passing on the high costs to consumers is politically difficult, which results in an increasing subsidy burden. In Bhutan, exports of electricity from large hydropower projects are an important source of government revenue, but they are lumpy and better mechanisms to smooth out public spending are needed. In Nepal, low government capacity prevents full spending of the budget. In Pakistan, the recent economic history is one of slow growth punctuated by recurrent fiscal adjustments. Finally, in Sri Lanka population aging could make the country’s generous social programmes unaffordable in a not-so-distant future.

The fiscal room to manoeuvre is limited, as tax revenues in South Asian countries are lower than could be anticipated given the region’s level of economic development. South Asian countries are not different from other developing countries in terms of the tax instruments they use, but their tax bases are small, tax exemptions are common, and tax evasion is widespread. Government spending is not as low as tax revenue and consequently fiscal deficits are large. Prudent fiscal policy ensuring macroeconomic stability is a key prerequisite for sustainable growth, determines the distributional effect of growth, and is crucial for external and currency stability. In addition, fiscal policy should strive to smooth out business cycle fluctuations by strengthening the automatic adjustment of taxes, and by adjusting government expenditures (Clements et al. 2004). In other words, government spending should decrease during growth accelerations and increase in economic downturns. Good times ought to provide the fiscal space necessary to manoeuvre during downturns.

This is especially important in South Asia, where the level of fiscal deficits is often affected by developments beyond the control of policymakers. Between 1980 and 2017, South Asian countries experienced over 100 downturns in key global and domestic variables.1 During the troughs, fiscal deficits were on average 0.75 percentage point of GDP (gross domestic product) larger than two years earlier and 0.85 percentage point higher than two years later. In addition, fiscal deficits in South Asia are also amplified in times of intense political competition. In the year before elections, the fiscal deficit rose on average by 0.5% of GDP and it remained accelerated in the year of the election.

In recent research (Beyer and Milivojevic 2019), we analyse whether fiscal policy in South Asia amplifies or smooths business cycle fluctuations. To do so, we first estimate several econometric models to explore the cyclicality of government spending and tax buoyancy.

The short-term tax buoyancy and spending cyclicality can be assessed by regressing the growth rate of government expenditure and tax revenues on the growth rate of GDP. Rather than estimating this expression for every country separately, we construct a data panel for 1987-2017 for all South Asian countries.4 For every additional percentage point of growth, public spending increases by 1.2 percentage points.5 Such a more-than-proportionate increase in expenditures is referred to as ‘voracity effect’. A 1% increase in GDP growth translates into a 0.85% increase in tax revenue, that is, the tax buoyancy is below one. The simple model above considers only short-term movements and is not taking into consideration the possible long-run relationship between the two variables. Taking these into account, the voracity effect is even larger. Of the 51 developing countries studied by Akitoby et al. (2006), only 20% have a higher short-run procyclicality than we find for South Asia.

We use a simple econometric model to estimate fiscal multipliers. The model considers the dynamic interdependencies between the growth in real government expenditure, GDP, and tax revenues. We identify structural shocks following broadly the identification approach proposed by Blanchard and Perotti (2002). This methodology relies on the assumption that governments cannot react to changes in economic activity within the same period. Originally, this approach was applied to advanced economies with quarterly data. Due to limited data availability, we implement it with annual data, which requires somewhat stronger assumptions.

The tax multiplier in South Asia, that is, the effect of surprising changes in taxes on economic activity, is negative but insignificant. The spending multiplier, on the other hand, is positive and significant. An additional US$ of government spending leads to an immediate increase in GDP of US$ 0.3. Over time, the effect builds up and each US$ of additional spending results in US$ 0.7 additional GDP three years later. In the long run, the cumulative effect settles at US$ 0.6.6

The spending multipliers for current expenditure never surpasses 0.2 and after four years it is basically 0. Given this small effect, it is little surprising that it is not statistically significant in any year. The multiplier of capital expenditure, on the other hand, is very large and always statistically significant. On impact, an additional US$ of public capital expenditure results in an increase of GDP by US$ 0.6. Over time, additional benefits drive up the cumulative effect close to US$ 1. Our results hence suggest that that positive impact of public spending on economic activity in South Asia comes entirely from capital expenditure. These results are very much in line with the findings of Ilzetzki et al. (2012) for developing countries in general.

Procyclical public spending and a positive expenditure multiplier imply that fiscal policy in South Asia has amplified boom-and-bust cycles. When growth accelerated, both tax revenue and government spending increased, but spending increased more. The impact of larger public spending has further accelerated economic growth. And the reverse has been true in economic downturns, when the deceleration of economic activity has been amplified by contractionary fiscal policy.

The arguments in favour of a countercyclical fiscal policy can be challenged. In traditional Keynesian models, such fiscal policy is justified because deviations of output from trend harm well-being. However, some distortions and constraints, like political distortions or borrowing constraints, can potentially rationalise a procyclical fiscal policy. Clearly, the spending needs of South Asian countries are immense and postponing spending in times of high growth to preserve fiscal space for times of low growth comes with costs. Developing this argument in a macroeconomic model would allow to assess the welfare implications of South Asia’s procyclical fiscal policy.

The Indian economy is currently experiencing a sharp slowdown, with the most recent official growth estimate for fiscal year (FY) 2020 dropping to 5%. The Government of India reacted with countercyclical measures in the form of corporate tax cuts and a large infrastructure initiative. Both measures show how important it is to preserve some fiscal space to be able to react to economic downturns. For the former, India lowered its corporate tax rate from 30% to 22% for companies that do not seek exemptions, and to 25% for those who do. Based on our results for South Asia, it is questionable whether the impact of this measure will be very strong. In addition, Finance Minister Nirmala Sitharaman unveiled a pipeline of infrastructure projects worth US$ 1.4 trillion that will be implemented in the next five years. Our results for South Asia show that such investment spending contributes substantially to economic activity. Going forward, the impact of both measures should be analysed carefully.