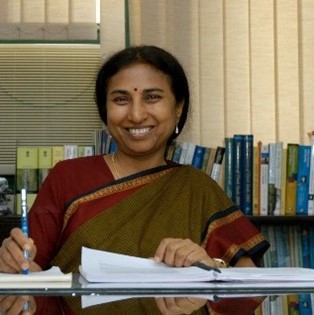 While women’s landownership is recognised as a key indicator of their economic empowerment, there are no detailed estimates of how many and which women own land in India. Analysing longitudinal data from 2009-2014 for nine states, this article shows that, on average, women constitute only 14% of landowners in rural India, owning 11% of agricultural land. Further, women are more likely to inherit land as widows, despite inheritance law reform favouring daughters.

Seventy-five years after Independence, where do we stand on rural women’s ownership of agricultural land? Until recently, India had virtually no reliable in-depth data to assess the gender gap in landownership, beyond a single state, Karnataka (Swaminathan et al. 2012). Subsequently Lahoti at al. (2016) used the India Human Development Survey-II (2011-12) to compute an indicator of gender inequality in land ownership at the national and state levels, at one point in time. However, this dataset does not include co-ownership of land or the amount and quality of land owned, and only requires the respondent to identify the top three owners in the household1, effectively omitting any additional owners. Women who may co-own land with those reported as the top three, or who are not seen as significant individual owners, would thus tend to get left out.

To effectively estimate inter-gender inequalities, we need to cover both individually owned and co-owned landed property, use a range of indicators to assess varied dimensions of inequality, and monitor changes over time. We also need to assess hitherto ignored intra-gender variations, since the capacity in which women acquire land (say, as widows or daughters) can affect potential benefits. For example, empirical evidence linking women’s asset ownership with children’s welfare relates particularly to women owning land as mothers of young children (for example, see Thomas 1990, Quisumbing and Maluccio 2003, and Meinzen-Dick et al. 2019). Similarly, it is married women who would benefit from the observed link between women owning land or a house and their reduced risk of spousal violence (Panda and Agarwal 2005).

Post-Independence legal reforms for Hindus – from the Hindu Succession Act (HSA) of 1956 to the Hindu Succession Amendment Act (HSAA) of 2005, with partial reforms of the HSA during 1986-1994 in four states2 – have all strengthened daughters’ rights to parental property (especially in joint family property), at the cost of widow’s rights to the husband’s property (Agarwal 1994, 1998). Consequently, we would expect an increasing proportion of women to acquire land as daughters. Is this so in practice?

In our recent study (Agarwal et al. 2021), we analyse both inter-gender and intra-gender inequalities in agricultural landownership, using longitudinal data collected by the International Crops Research Institute for the Semi-Arid Tropics (ICRISAT). The data follow largely the same set of households over the period 2010-2014, for a sample of 30 villages, initially across eight states, and in 2014 across nine states3. For five of these states we also have data for 2009. Although limited to nine states, the data enable us to assess diverse indicators, follow changes over time, identify individual and jointly owned plots by gender, and trace the landowners’ characteristics in ways not covered by previous research.

Figure 1 helps us compare gender gaps using the first five indicators given in Table 1 above, for 2014. The gaps are consistently large on all counts, with the figures for women being under 20%. Barely 16% of households have any female landowners, and just 8.4% of all women in the age group 15 and above own any land. Overall, women constitute only 14% of landowners, owning 10% of the plots and 11% of the agricultural area. However, on indicators 6 and 7, we find that the gender difference in average area owned is not large (both women and men own less than 2.5 hectares (ha)), nor is there much difference in land quality.

Notes: (i) Joint plots in this figure are those co-owned by both females and males.

(ii) The graph relates to the first five indicators given in Table 1 above. (iii) HH indicates ‘household’.

Notably, too, the bulk of the plots have a single owner. For example, in 2014, 87.5% of the plots across all nine states had a man as the sole owner, 10.2% had a woman as the sole owner, and 2.3% were jointly owned by more than one person of one gender or both genders. The rarity of joint ownership suggests that rather little land is being held as coparcenary property. It also indicates that the HSAA, 2005, the key contribution of which was to recognise the rights of all daughters in joint family property and in agricultural land, appears to have had little impact on this count.

The regional pattern was as expected, with a larger proportion of women owning land in South India than in the western, central, or eastern states. Yet even in the best performing state – Telangana – only 32% of the landowners were women, while in Odisha (an eastern state) the figure was only 5.6%. Also, we found very little change between 2009-2010 and 2014, in any of the indicators.

We then analysed inter- and intra-gender gaps based on three logistic regressions, one for a pooled sample of all owners, and two respectively for female-only and male-only owners (Table 2). The pooled sample includes a gender dummy; state-specific regional dummies for Maharashtra, undivided Andhra Pradesh, and Karnataka (the early partially reformed states) versus the rest; owner characteristics such as marital status, age, and education; and household characteristics such as total land owned, caste, and the number of members aged ≥15 years.

Notes: (i) Standard errors are clustered at the household level. (ii) Numbers in parenthesis are p-values. Significance: *10%; **5%; ***1 %. (iv) Differences between Andhra Pradesh and Maharashtra, and Andhra Pradesh and Karnataka, were significant at 1% and 5% respectively, but Maharashtra and Karnataka were not significantly different. Equation 3: None of the state dummies shows significant differences from each other. In all equations, UCs and OBCs were not significantly different from one another.

We find (Table 2, Equation 1) that the probability of men owning land is 48 percentage points greater than of women owning land. Further, for female owners only (Equation 2), marital status and regional location matter the most. The probability of widows owing land is 22 percentage points greater than for married or single women. Widowhood is, in fact, the most important factor positively affecting a woman’s chances of owning land, although age and being upper caste also matter.

Regionally, women in Andhra Pradesh are found to be 12 percentage points more likely to own land relative to other states. Neither Karnataka nor Maharashtra, however, do better than the other states or vis-à-vis each other, although both states partially reformed the HSA, 1956, in 1994, to include unmarried daughters as coparceners in joint family property. If indeed the pre-2005 legal reforms were an important factor in increasing women’s chances of owning land, we would have expected the marginal effects for Karnataka and Maharashtra to reveal significant differences from the non-reformed states.

For male owners (Equation 3), however, none of the state-specific regional variables are significant. Clearly, cultural geographies that affect women due to divergent social norms have little effect on men. Being a widower is also not an enabling factor (94% of male owners are currently married). However, with men, as with women, the likelihood of owning land increases with age and decreases as the number of household members aged ≥15 years increases: in other words, as the number of potential claimants increases.

It is striking that widowhood is so central to women becoming landowners, despite legal changes favouring daughters. After the male owner’s death, his plots pass to his widow, and, in many cases, so does the headship (41% of women landowners are also household heads). In 2014, some 46% of the female landowners in our sample were widows. In Lahoti et al. (2016), the figure was even higher, at 56%.

Most households with women landowners had daughters and/or sons aged ≥15, who, under the HSAA 2005, were claimants to their father’s separate property as well as directly to joint family property. But only in some cases did the son also own land, and none of the daughters owned any. Most female landowners acquired land through their marital families rather than their paternal families, despite having the same rights as their brothers to joint family property. Either receiving no land at all, or receiving land typically as ageing widows, also implies that most Indian women lack landed assets at a time in their life cycle when ownership would benefit them the most.

Our results also point to the need to re-examine the central premise underlying some recent studies that simply a legal enactment can change behaviour. These studies treat the pre-2005 state-level reforms of the HSA, 1956, as quasi-natural experiments, and use econometric tools to capture the effects of a legal enhancement in daughters’ rights (unmarried daughters can be coparceners in joint family property) variously on girls’ education, female suicides, son preference, and so on (see, Bose 2017, Anderson and Genicot 2015, Bhalotra et al. 2018). In practice, we find very little evidence of co-ownership of property. Parental resistance to bequeathing daughters with immovable property also persists. In fact, it not even clear as to what extent people are aware of the exact legal change in the state-specific reforms. Effective awareness would require them to distinguish between the substantial rights in the father’s property already promised to daughters by the HSA, 1956, and the limited expansion of those rights in the state-specific changes that recognise unmarried daughters as coparceners.

Despite significant advances in inheritance law, we find wide inter-gender gaps in land ownership by all the main indicators, with little change over the 5-6-year period examined. Looking ahead, we will need substantial improvements in both data collection and policy implementation. For a start, both the Agricultural Census and National Sample Surveys in India need to disaggregate their land ownership data by gender. Other parameters also need coverage in the various surveys that are periodically conducted by researchers, including both individually and jointly owned land, area owned, and sources of acquisition. In policy, women’s situation in terms of owning property as daughters remains dismal, and requires particular attention if India is to move towards gender equality in landownership, as targeted in the Sustainable Development Goal 5. This remains a significant challenge in the face of rigid social norms and practices.