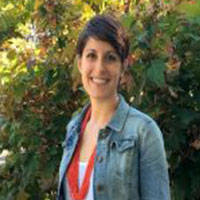 The ratio of women to men is particularly low in India relative to developed countries. It has recently been argued that close to half of these ‘missing' women are of post-reproductive ages. What drives this phenomenon, however, remains unclear. This column finds that this can be explained, in large part, by gender inequality in intra-household allocation of resources and the consequent gender asymmetry in poverty.

There are far more men than women in India relative to developed countries. Following seminal work by Amartya Sen (1990,1992), this fact has been dubbed the ‘missing women' phenomenon. Sex-selective abortion and excess female mortality at early ages related to parental preferences for sons have been identified as important determinants of missing women and biased sex-ratios (Dasgupta 2005). It has recently been argued, however, that in India excess female mortality persists beyond childhood and that close to half of these missing women are of post-reproductive ages, that is, 45 and above (Anderson and Ray 2010). Unlike the missing girls phenomenon, excess female mortality at older ages in India has not received much attention and remains a puzzle.

I seek to explain this puzzle by examining the link between women's age, intra-household allocation, and health. I identify one crucial mechanism - the decline in women's bargaining position during post-reproductive ages - that can account for a considerable fraction of missing women in the 45-79 age group. The decrease in women's bargaining power is reflected in their diminished ability to access household resources. As a consequence, once intra-household resource allocation is taken into account, poverty rates are significantly higher among women than men, especially at older ages. In other words, when compared to developed countries, older Indian women die at a disproportionately higher rate relative to men exactly at those ages when they are disproportionately poorer than men.

Intra-household bargaining power and its changes are difficult to measure and often unobservable. To overcome this limitation, I proceed in two steps. First, I exploit amendments to the Indian inheritance law to study the relationship between women's bargaining power and their health. I focus on the Hindu Succession Act (HSA) amendments that equalised women's inheritance rights to men's in several Indian states between 1976 and 2005, and interpret them as exogenous (external) shifters to women's power1.

Using data from the 2005-06 National Family Health Survey (NFHS), I compare the health outcomes of women who were exposed to these reforms to those of women who were not, finding that the former do much better than the latter. Specifically, I show that women's exposure to the amendments decreases their likelihood to be underweight and anemic, and increases their body mass index (BMI), on average.

Next, I set out a theoretical model to estimate women's bargaining power (proxied by the share of household resources devoted to them) and to investigate how it varies with women's age2. Using detailed expenditure data from the 2011-12 National Sample Survey (NSS) of Consumer Expenditure, I estimate the model and show that during women's core reproductive ages the allocation of resources between women and men is symmetric. By contrast, women's resource shares relative to men's decline steadily at post-reproductive ages, when women get as low as 60% of men's resources.

But why do intra-household bargaining and resource allocation matter for women's health and, ultimately, mortality risk? Because they affect their likelihood to be poor3.

I use the model estimates of how resources are allocated within households to compute poverty rates (the fraction of individuals living below the poverty line) that are adjusted for unequal sharing of household resources. These are different from standard poverty measures, which by construction ignore intra-household inequality. My poverty analysis (based on the new World Bank US$1.90/day and US$3.10/day poverty lines) unveils some interesting features. First, when intra-household gender asymmetries are accounted for, female poverty rates are higher at all ages. By contrast, almost no difference can be detected when an equal distribution of resources is assumed. Second, while male poverty is roughly constant over age, the relationship between female poverty and age is clearly U-shaped, with peaks in the 15-19 and 70-74 age groups. Specifically, the gap between female and male poverty rates widens dramatically at ages 45-49 and above, indicating that female poverty is particularly high at post-reproductive ages.

Note: The graph shows the fraction of female poverty rate to male poverty rate in each age group. Individuals from all households in the sample are used for calculations. The underlying gender-age specific poverty rates are calculated using the US$1.90/day poverty line.

When unequal allocation of resources within the household is taken into account and the model predictions are used for calculation, the age profile of excess female poverty matches the age distribution of missing women quite well. This match is nearly exact at post-reproductive ages, when the correlation coefficient between excess female mortality and excess female poverty is equal to 0.96. A simple back-of-the-envelope calculation suggests that up to 89% of missing women at post-reproductive ages can be attributed to the decrease in women's bargaining power over the lifecycle, and to the consequent increase in female poverty at older ages relative to that of males.

As other forces may obviously be playing a role, these magnitudes must be interpreted with caution. Nonetheless, my analysis indicates that a potentially sizeable reduction in excess female mortality at older ages can be achieved by alleviating the problem of gender asymmetries within the family and the consequent asymmetries in poverty.

My analysis also indicates that exposure to the Hindu Succession Act amendments significantly improves women's bargaining power inside the family and their ability to access household resources4. These reforms were enacted in different states at different times between 1976 and 2005 and only applied to Hindu, Buddhist, Sikh and Jain women who were not married at the time of implementation. A large fraction of Indian women, especially of older ages, is therefore excluded. I perform a counterfactual policy experiment and calculate women's poverty rates in the hypothetical scenario of all women (of all religions and ages) benefiting from these reforms. I demonstrate that granting universal equal inheritance rights can significantly reduce the number of women living in extreme poverty (by 9%) and the number of excess female deaths at post-reproductive ages (by 24%).

This research has important implications. First, as the Indian population is ageing, gender inequality among the elderly needs to be promptly addressed. Second, policies to promote women's position within their families, such as improving their right to inherit property, can have positive spillovers on their health and well-being. Finally, a correct measurement of poverty requires taking into account how resources are allocated among household members. Failure to do so can dramatically weaken the efficacy and efficiency of the fight against poverty.

Future research should focus on identifying alternative mechanisms generating excess female mortality at post-reproductive ages and on evaluating policies to successfully tackle the problem of excess female poverty, especially among the elderly.