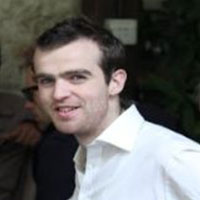 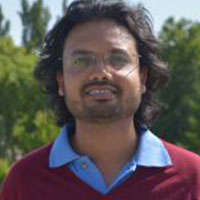 Institute of Economic and Social Research 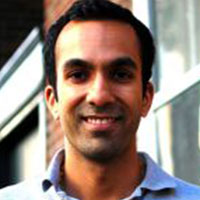 While maternal mortality has fallen sharply in the last decade, it remains unnecessarily high at about 800 deaths a day worldwide. Moreover, there is enormous variation in levels and rates of decline across countries, even after accounting for differences in income. This column discusses new evidence showing that gender prejudice explains a significant part of this variation.

Although maternal mortality rates (MMR) have fallen sharply in the last decade, there was limited progress for many years and the rate remains unnecessarily high, at around 800 deaths a day worldwide. The average MMR in low-income countries in 2010 was estimated to be 452 deaths per 100,000 births, similar to the rates that prevailed in England and Wales in the 1930s before the introduction of antibiotics. Roughly 40-50% of maternal deaths are on account of post-partum puerperal sepsis (infection and fever after birth) which is treatable with antibiotics that are now available in principle but, in practice, inaccessible to many.

Maternal mortality and gender gap in life expectancy across countries

In recent research, we argue that the relative neglect of maternal mortality stems from gender prejudice (Bhalotra et al. 2015). There is no previous systematic test of this hypothesis, but it is consistent with the stylised facts. For instance, in the year 2000, MMR in India was 390 and women’s life expectancy advantage (over men) was 0.59 years. In stunning contrast to this, MMR in Brazil was 84 and women’s life expectancy advantage was 6.1 years. Although Brazil is richer, it is probably relevant that it adopted the Right to Health and, at the highest levels of government and downward, emphasised women’s health ahead of other poor countries (Bustreo and Hunt 2013). Figures 1 and 2 show the distribution of MMR and female life expectancy advantage across the world. Among richer countries, the average female advantage in life expectancy during 1960-2011 is six years, illustrating the known stylised fact that women live longer. However, in sub Saharan-Africa it is 2-3 years (and it declined during the HIV epidemic from the early 1990s through to the mid-2000s when anti-retrovirals arrived, since women had higher infection rates), and in South Asia (where gender inequality is rife) it is close to zero on average, though the trend is positive. Thus, there is massive variation in the gender gap in life expectancy (and MMR) across countries.

Note: Figures 1 and 2 use data from the World Bank World Development Indicators (WDI). Maternal mortality rates are per 100,000 births and originate from a recent WHO dataset. Female life expectancy advantage is the logarithm of the ratio of female to male life expectancy.

Note: Data from the WDI as for Figures 1 and 2.

The challenge to testing our hypothesis is to find changes in gender inequality that occur independently of other factors that may directly influence changes in maternal mortality1. To address this challenge, we use multiple approaches on contemporary and historical data across and within countries. First, using contemporary cross-country panel data we exploit the premise that language structure embeds gender differentiation (Givati and Troiano 2012), and use variation in language at birth to proxy deep-set (centuries old) gender attitudes. Second, we exploit panel (country and year) variation in stated son preference2, and in the institutionalisation of political, economic and social rights of women3. We find, for these three measures of gender inequality, that maternal mortality decline is decreasing in gender inequality.

Consider, for instance, stated son preference. We define the sex ratio desired by mothers (DSR) such that a value of one implies gender-neutral child preferences, while a DSR greater than one implies son preference, and its magnitude indicates the degree of son preference. Mothers in South Asian countries exhibit a very high degree of son preference with Pakistan (1.52), Nepal (1.5) and India (1.39) occupying three of the top ranks (Figure 4). Our analysis shows that a one standard deviation increase in DSR (which is roughly the difference in DSR between India and Zimbabwe) reduces the female life expectancy advantage by 7.8% of its average, and leads to 90 additional maternal deaths, which is around 20.5% of the average MMR in the sample. Hence, excess female deaths in the adult reproductive ages, proxied by maternal mortality, are positively associated with stated son preference.

We then look at the impact of entrenched gender inequality on excess female deaths in infancy. We find that in countries with gender-neutral preferences, girl infants have a 1.4 percentage point lower probability of dying than boys, and that a one standard deviation increase in son preference (the DSR) lowers the girl infant survival advantage by 61%. This ratifies a role for gender preferences.

Finally, we study a historical era –US in the 1930s - marked by rapid declines in MMR, due to the introduction of antibiotics (Jayachandran et al. 2010, Bhalotra and Venkataramani 2011, Alabanesi and Olivetti 2014). Now using the introduction of women’s suffrage in the American states as an indicator of increasing gender equality, and of the potential for women to influence policy, we find that states that introduced women’s suffrage earlier experienced larger declines in maternal mortality after the arrival of antibiotics than states which introduced it later and only as part of a nationwide reform. Since many contextual factors are different now relative to the 1930s, our finding similar results speaks to the scope of our hypothesis.

Note: These data are drawn from Demographic and Health Surveys for 63 developing countries conducted during 1986-2014. The data contain retrospective fertility histories for women born 1944-1998. We assign the stated preferences of women to the years in which they were 15-25 and starting childbearing, so 1969-2012 are the years in which women in the sample are aged 15-24.

In our investigations of both the contemporary and historical data, we used tuberculosis incidence (infection) rates as a placebo disease because, in general, it is as likely to occur amongst men as amongst women. We find no significant impact measures of gender prejudice on rates of TB decline. This confirms our hypothesis that deep-rooted or institutionalised gender inequality slows the decline of maternal mortality (a gender-specific cause of death) over and above any impacts it may have on public health in general (Miller 2008, Bhalotra and Clots-Figueras 2014).

Gender inequality in society is often deep-set, and can have persistent effects even when contemporary indicators are evolving rapidly. For instance, there is some evidence that women are still seen as inferior to men among descendants of pastoralists (Michalopoulos et al. 2014). Similarly, regions that had a preponderance of Protestant as opposed to Catholic missions during Africa’s colonial period today have higher female educational attainment, indicating long-term persistence of the historical tendency of Protestants to put more weight on women’s education than Catholics did (Nunn 2014). In view of this evidence, we took our analysis further, using regional variation within Africa in both the prevalence of pastoral agriculture and the location of Christian missions of both denominations. We find that areas within African countries where, historically, there was a greater density of Protestant as opposed to Catholic missions now have approximately 50 fewer maternal deaths per 100,000 live births. Also, in regions which historically relied more upon pastoral agriculture, today we find approximately 250 more maternal deaths per 100,000 live births, when compared to other regions within the same country.

International policy initiatives directed at maternal mortality reduction began as late as 1987 with the Safe Motherhood Initiative (Hogan et al. 2010). Commitment was enhanced after the 1994 International Conference on Population and Development selected MMR reduction as a Millennium Development Goal (MDG). While progress was initially limited, there were substantial declines in MMR in the 2000s. However rates of decline varied a lot across countries and our study suggests that a significant share of this variation arises from entrenched gender inequality.