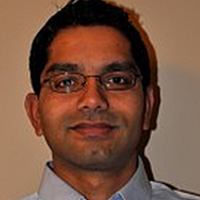 The rapid decline in the sex ratio in India over the past few decades is an artefact of the historically strong preference for sons over daughters. To address the problem, the Indian government passed an Act in 1994 that prohibited sex selection. While the general perception is that the Act was not effective, this column finds that it may have resulted in at least an additional 106,000 surviving girls aged 0-6 years in rural India.

The demographic transition in India (and a few other Asian countries) has brought along an ugly unintended consequence - a historically strong preference for sons over daughters in these societies has strengthened with the decline in fertility, thus worsening the female-male sex ratio at birth. In India, for instance, the juvenile sex ratio (defined as the number of girls per 1,000 boys in the age group 0-6) has declined continuously over the last four decades – from 964 in 1971 to 914 in 2011.

The low child sex ratio in India arises from two distinct but inter-related phenomena: sex-selective abortions and excess female infant mortality, both of which are the result of a strong cultural preference for sons over daughters. Some estimates have put the number of ‘missing females’ (unborn girls) in India as high as 37 million (Sen 2003).

The low and falling child sex ratio in the country is a matter of policy concern, not only because it violates the human rights of unborn and infant girls but also because it deprives the country of the potential economic and social contribution of these ‘missing women’. In addition, there may be longer-run adverse impacts from a marriage market squeeze caused by an excess supply of male relative to female youth. Already, states like Haryana and Punjab, where the sex ratio has been extremely distorted for several decades, have been experiencing bride trafficking.

After abortion was legalised in India in 1971, and technologies to diagnose the sex of the fetus became widely available, the practice of sex-selective abortions became widespread. As the prices for sex-selection diagnostic tests fell during the 1980s and 1990s, the practice became even more rampant. The Indian government finally responded to this problem by passing the Pre-Conception and Pre-Natal Diagnostics Techniques (PNDT) (Prohibition of Sex Selection) Act in 1994. The PNDT Act prohibited the use of diagnostic methods to diagnose the sex of an unborn child. However, there is a general perception that the Act has not been effective, as the child sex ratio has continued to fall. India’s home (interior) secretary, Mr. G.K. Pillai, echoed this sentiment when he admitted recently that “... whatever measures that have been put in over the last 40 years have not had any impact on child sex ratio and therefore that requires a complete review.”

Mr. Pillai’s assertion is not quite accurate, since the child sex ratio could have deteriorated even more (than it actually did) in the absence of policy measures, such as the PNDT Act. The problem is that while there have been a large number of empirical studies of the child sex ratio in India and in other countries in recent years, none has focused on the causal impact of legislation or a policy intervention on improving the boy-girl balance.

In a recent paper1, we have explored the causal impact of the PNDT Act on the child sex ratio. While the Government of India began enforcing the PNDT Act from 1996, it was non-binding for the state of Maharashtra, since that state already had its own PNDT-type law in place since 1988. Thus, the implementation of the PNDT Act in 1996 in all the other Indian states provides an exogenous policy variation2. In our paper, we have exploited this policy variation across states to analyse the causal impact of the legislation on gender imbalance.

Our paper uses disaggregated Census data on more than half a million Indian villages and 1,500 towns over two time periods – 1991 and 2001 – to evaluate the impact of the PNDT Act on child sex ratios. Our results suggest that, even after controlling for other factors (such as adult literacy, caste and tribe status, land assets, and availability of social services), the PNDT Act did indeed improve the child sex ratio – it likely resulted in an increase of 14-26 points in the ratio3. While the magnitude of the estimated effect may seem small, our calculations indicate that the PNDT Act may have resulted in at least an additional 106,000 surviving girls aged 0-6 years in rural India.

A case for stronger enforcement

The positive effect of the PNDT Act we have obtained runs counter to the popular perception (in the Indian press) that the Act was largely ineffective. One reason for the popular misperception is that the child sex ratio in much of India, including in the state of Maharashtra, worsened significantly during the 1991-2001 period. However, our results suggest that the gender imbalance in India would have become even more skewed in the absence of the PNDT Act.

Our research provides a silver lining to the generally bleak view of the 1996 PNDT Act. The significant impact of the PNDT Act in improving the child sex ratio suggests that, with better enforcement, a ban on sex-selective abortions can not only halt – but even reverse – the declining trend in the child sex ratio in India. Encouragingly, the Indian government took a step in the right direction by expanding the provisions of the PNDT Act in 2003, and by improving enforcement of the law in recent years.

Other interventions to combat gender imbalance

Obviously, the PNDT Act is only one of several interventions that can be used to combat gender imbalance in the country. Other interventions include government schemes that attempt to change parental preferences through media campaigns or monetary incentives. For example, the Balika Samriddhi Yojana, started in 1997, provides monetary incentives for the education of girls from poor families. Among other noteworthy programs are the Dhan Lakshmi Scheme (2008) at the central level and similar schemes in the various states (for example, the Cradle Baby Scheme of Tamil Nadu that was launched in 1992), the Girl Child Protection Scheme launched in Andhra Pradesh in 1996-1997, and the Bhagyalakshmi Scheme launched by Karnataka in 2006-2007).

In addition, the government has also been at the forefront of changing inheritance laws with a view to reducing son preference. Until recently, inheritance laws governing the transfer of resources across generations, including the Hindu Succession Act of 1956, were largely discriminatory against women. The government amended the Succession Act in 2004 to establish equal property rights for male and female children.

Finally, the absence of formal social safety nets – particularly pension schemes – reinforces son preference, since the care of elderly parents is typically the responsibility of sons. Direct cash transfer programmes, such as the National Old Age Pension Scheme (2007) for the elderly poor, can also reduce the old-age motive of parents to prefer sons over daughters.