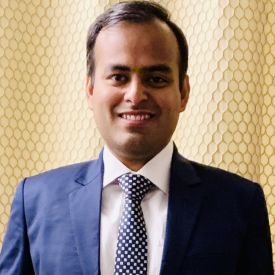 Four of the six districts in Santhal Parganas division of Jharkhand have been classified as ‘aspirational districts’ by NITI Aayog. In this note, Karn Satyarthi describes the unique manner in which land revenue administration works in the division, and the problems involved in land dispute resolution. He suggests methods to address these systemic issues, and contends that this would constitute a major factor-market reform in the division.

It is often said that ‘possession is nine tenths of the law’. Although not literally true, this maxim underscores the salience of possession in deciding the rightful ownership of a parcel of land. Land disputes mainly arise out of differing perceptions of possession and rights over a parcel. For accurate resolution of any land dispute, clean, up-to-date, and accessible land records are essential. In this note, I discuss the unique case of the Santhal Parganas division in the state of Jharkhand. I analyse structural problems in land dispute resolution and suggest methods by which some of these systemic issues can be resolved.

Four features of the Act make it fundamentally different from most other tenancy laws in the country. First, section 20 of the Act mandates a vast majority of the land in the division to be non-transferable by all means (including sale/mortgage/will/lease/gift) other than inheritance. Second, section 42 empowers the sub-divisional officer (SDO)3 to evict any illegal possessor of agricultural land within their subdivision. Third, there is no limitation prescribed for making an application for restoration of possession by the aggrieved party (Section 64). This effectively rules out acquisition of title based on adverse possession4. Fourth, section 63 places an explicit bar on civil courts on matters concerning the Act other than the matters it had jurisdiction over immediately preceding the Act.

Under normal circumstances, bona fide land disputes are settled by civil courts. Some limited questions relating to possession for immediate avoidance of nuisance can be raised with the SDO under section 145 of the Code of Criminal Procedure (CrPC). Under Section 145 of the CrPC, the SDO has limited powers of declaring and restoring possession. The restoration, however, is conditional on dispossession having taken place not more than 60 days prior to the application. The Act makes two significant departures from section 145 – first there is no limitation on the restoration of possession. Second, questions of transfer of land and not just possession can be validly decided by the revenue court. Thus, in effect the powers of an SDO tend to become important in deciding who has possession of the land.

Given the features of the Act, some systemic problems complicate the resolution of land disputes in the region. First, there is poor mirroring of land records with the actual position on the ground. The Santhal Parganas’ rent settlement operations were last published in 1932 by Gantzer. The Bihar Tenants’ Holdings (Maintenance of Records) Act, 1973 envisages the maintenance of a Continuous Khatiyan (record of rights and duties of tenants) and a Tenants’ Ledger Register; the purpose of these two records is to capture changes in land holdings that take place on ground. Since landholdings were non-transferable unless via inheritance in Santhal Parganas, most residents did not feel the need to register changes in the ownership/possession of land. Consequently, almost nine decades after the survey and settlement of Santhal Parganas in 1932, there is no authentic record of who is currently in possession of the land. In case of land disputes, the standard procedure is to look up the record of rights of 1932 and deduce through the genealogy of the original tenant who the rightful possessor is today. As is evident, such a procedure is fraught with challenges because of the insufficiency of documentary evidence on succession (the literacy rate of the region according to the Census of 1931 was 2.9%).

Second, forces of demand and supply have led to the creation of an illegal market for land transfers and these cannot be legitimately recorded. In many cases, the promise of honouring the transaction is kept for a generation or two but successors thereafter start claiming their right over transferred land, and the SDO is bound to restore possession if such an application is made to them. This seemingly violates many principles of established justice because the original transaction had been made with the consent of the two parties and in many cases the party that received possession remains in peaceful possession for decades before being evicted by force of law.

Third, while working in the field in the region, one frequently encounters forged documents. This practice became so rampant in 2012, in Deoghar district that a CBI (Central Bureau of Investigation) investigation had to be ordered into a scam that was a result of forged documents. Fake documents by themselves are not a problem unique to Santhal Parganas. However, what makes it especially dangerous is the fact that government records are not updated enough. Revenue courts cannot question the validity of a deed and this creates a huge roadblock in deciding cases since both parties produce seemingly legitimate deeds for the same piece of land in areas where transfers are allowed. In the absence of the transactional history of a land parcel, it becomes extremely complicated to detect forged documents.

Fourth, there are problems with the process of data generation. The state of Jharkhand has made remarkable progress in the area of land records digitisation. There have been discussions over using cutting-edge technology like block chain for maintaining data ledgers of land records. Land records modernisation is a brilliant tool for improving land governance, however, there are some nuances that ought to be noted. While technology has been employed for data protection and maintenance, problems with the generation of data remain unaddressed. Despite extensive digitisation, land records still mirror only a tiny proportion of the actual landholdings and this is because, as mentioned before, the process of updating records does not work smoothly. Hence, field officers find it very challenging to dispose of even routine cases of changes in ownership. A reliable paper trail of land ownership or possession is just not available.

Better resourced revenue courts: Having better resourced revenue courts would prove useful in reducing the time to resolve land disputes. The SDO is best placed to resolve land disputes that are not related to issues of right and title. . Despite the huge volume of cases, SDO courts remain severely under-resourced. The Revenue Court Management System dashboard of Jharkhand shows that just 25.1% of all cases filed in revenue courts of the state have been disposed of thus far. Most courts are run with the help of just one or two Peshkars5 who belong to the general clerical cadre and keep getting transferred to different sections. These peshkars do not have any specialist knowledge of either law or court procedure. As a result, a lot of the SDO’s time is spent supervising or doing clerical/procedural work instead of deciding on substantive questions of possession. Other essential members of the court like process servers and public prosecutors are often either absent or completely untrained. Another resource that is crucially missing from SDO courts is the services of a dedicated Amin6. Most SDO courts rely on the services of Amins from the Circle Officer’s office, which already has huge pendency related to demarcation cases. This makes securing the services of an Amin a very arduous task open to corruption and favouritism for litigants as the mismatch in the demand and supply creates distortions.

Directing more resources to the SDO’s court is a low-hanging fruit. Though it may seem like an additional load on the exchequer in the short run, it has the potential for tremendous medium- to long-term impact on case pendency.

Timely completion of the rent settlement process: A revisional survey (RS) is a process by which two major components of land records are updated: the record of rights, and village maps. It takes into account the change in nature of land use and on the basis of extant conditions, prepares fresh rent rolls. For land records to be clean and healthy it is crucial to have a good stock of initial data generated through the RS. RS started in the Santhal Parganas in 1978 and is yet to be finally published for all villages.

I suggest that in Santal Parganas, the SDO can be made the ex-officio Additional Settlement Officer (ASO). This will reduce confusion in public mind, making coordination and monitoring simpler at the level of the state revenue department. It will also bring much needed conventional authority and vitality to the office of ASO, add permanence to the court, and bring clear-cut accountability to the process. We must then undertake the RS in mission mode and ensure publication in a time-bound manner.

Use of technology: There are many benefits to having well-maintained land records with regular updating. With the right type and volume of variables, it may be possible to use machine learning to predict land disputes in the near future. Technologies like block chain can also help address the most crucial handicap of land dispute resolution process, that is, a lack of transactional history of a land parcel.

The Impact of Community Mobilization on Land Rights Governance: Evidence from a Homestead Land Entitlement Initiative in Gaya District of Bihar, India