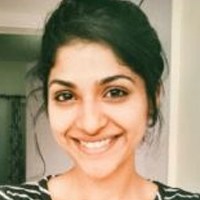 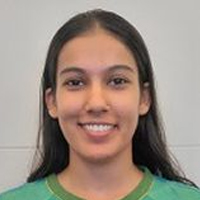 Land ownership is broadly determined by access to a land title, which protects the rights of the title-holder, and impacts livelihoods, and industrial, economic, and social growth. However, land titles in India are unclear due to various reasons. In this article, Mishra and Suhag discuss those reasons, policies implemented to address poor land records, and challenges in moving towards a system of State-guaranteed titles.

Land is a unique asset because it is immovable; its value depends on its location; and with growing population its demand keeps increasing, while its supply is limited. Access to land (or land rights) has a wide-ranging impact on livelihoods, and industrial, economic, and social growth. People with land rights are found to be better off than the landless, due to better access to markets and other economic opportunities that come with such rights.

Land ownership is broadly determined by access to a land title, a document that states such ownership. Having a clear land title protects the rights of the title-holder against other claims made by anyone else to the property. In India, land ownership is determined through various records such as registered sale deeds, property tax documents, and government survey records.

Why do we need clear land titles?

Land titles in India are unclear due to various reasons such as legacy issues from the zamindari system1, gaps in the legal framework, and poor administration of land records. Such unclear land records have led to legal disputes related to land ownership, and affected the agriculture and real estate sectors.

Land is often used as collateral for obtaining loans by farmers. Disputed or unclear land titles inhibit supply of capital and credit for agriculture (Wadhwa 2002). Small and marginal farmers, who account for more than half of the total land holdings, and may not hold formal land titles, are unable to access institutionalised credit (Reserve Bank of India (RBI), 2015).

Disputed land titles lead to lack of transparency in real estate transactions making the real estate market inefficient (asymmetric information) (Ministry of Finance, 2012). Execution of new projects requires clarity on the ownership and value of land, both of which become difficult in the absence of clear land titles. Any infrastructure created on land that is not encumbrance-free can be potentially challenged in the future, making such investments risky.

With urbanisation, the housing requirement is growing in urban areas. In several cities, new housing projects are now being provided at the city boundaries. Unclear land titles mean several of these housing projects may get into land ownership disputes. Further, under new urban development schemes (like Smart Cities Mission and AMRUT (Atal Mission for Rejuvenation and Urban Transformation)), cities are trying to raise their own revenue through property taxes and land-based financing. This further necessitates the importance of providing a system of clear land titles in urban areas.

Why are land titles unclear?

Land ownership in India is presumptive: Currently, the Transfer of Property Act, 1882 provides that the right (or title) to an immovable property (or land) can be transferred or sold only by a registered document. Such documents are registered under the Registration Act, 1908. Therefore, in India, the registration of land or property refers to the registration of the transaction (or sale deed), and not the land title (Ministry of Rural Development, 2008). A registered sale deed is not a government guarantee of land ownership. This implies that even bonafide property transactions may not always guarantee ownership as an earlier transfer of the property could be challenged. During such transactions, the onus of checking past ownership records of a property is on the buyer, and not the registrar.

Cost of registering property is high; registration is not mandatory: While registering a property transaction, the buyer has to pay a registration fee along with stamp duty. Stamp duty rates across states vary between 4% and 10%. Note that stamp duties in other countries range between 1% and 4% (Planning Commission, 2009). In addition to stamp duty, registration fee is an additional 0.5% to 2%, on average. Since these rates are calculated on the cost of the property, in cases of high property values, it could end up being a fairly big amount. This raises the cost of property transactions, leading to people avoiding registering them.

Further, under the Registration Act, 1908, registration of property is not mandatory for all transactions. These include acquisition of land by the government, court orders, heirship partitions, and property leased for less than one year. Due to the high cost of registration, and registration not being mandatory, several property transfers do not get registered, and hence, records show outdated data.

Land records are poorly maintained and do not reflect the on-ground position: Land records consist of various types of information (such as property details, spatial details, past transactions, mortgage details) and are maintained across different departments at the district or village level. These departments work in silos, and the data across departments is not updated properly or in a timely manner (Ministry of Rural Development, 2008). Hence, discrepancies are often noted in land records. For example, a property transaction registered through a sale deed may not be simultaneously updated in the survey department that records spatial information (maps). In the past, surveys to update land records have not been undertaken or completed, and maps have not been used to establish actual property boundaries on the ground. Therefore, in several records, the property documents do not match the position on the ground.

Poor land records also affect future property transactions. It becomes difficult and cumbersome to access land records when data is spread across departments and has not been updated. One has to go back several years of documents, including manual records, to find any ownership claims on a piece of property. Such a process is inefficient and causes delays.

What policies have been implemented to address poor land records?

In order to improve the quality of land records, and make them more accessible, the central government implemented the National Land Records Modernization Programme (now Digital India Land Records Modernization Programme or DILRMP) in 2008. It seeks to achieve complete computerisation of the property registration process and digitisation of all land records.

Besides, there is poor capacity at the district and local levels. The entire process of data collection and storage with regard to land records happens at the village, city, or block level. Various experts and committees have recommended the need to build capacity among officials at all levels to strengthen land management (Ministry of Rural Development, 2009a, Standing Committee on Rural Development, 2016). Estimates suggest that this training exercise has to be carried out for 100,000-200,000 patwaris2, over 50,000 survey staff, and in approximately 5,000 tehsils3, and 4,000 registration offices (Ministry of Rural Development, 2009b).

What are the challenges in moving towards a system of state-guaranteed titles?

To address issues with land records, a move towards conclusive titling has been proposed. In a conclusive titling system, the government provides guaranteed titles, and compensation in case of any ownership disputes. Achieving this will require shifting to a system of registered property titles (as opposed to sale deeds) as the primary evidence of ownership, and having clear and updated land records.

However, several measures would need to be undertaken to adopt a conclusive system of titling. Firstly, it would require ensuring that all existing land records are accurate and free of any encumbrances. Cross-checking all existing records against past transactions, and with the existing position on the ground will be a time-consuming and resource-intensive process.

Thirdly, with regard to the legal framework, land, registration of documents, and contracts are regulated across both the Centre and states. Moving to conclusive titling would require amending these central and state laws, and creating a unified legal framework that provides for government-guaranteed land ownership.

It is very helpful and very informative and I really learned a lot from it. a href="https://kosherproctor.com”> real estate company in India</a> "

May I understand in a given cadastre how many farmers can be found? Does it differ from state to state or have standard format throughout India?

In our society land is concerned, in Mumbai, former province state of Bombay a Tenure called Pension and Taxes prevailed. In this land case the land was mortgaged to xyx by abc presumptive owner. The title of land i.e conveyance is not registered and found thru search between 1867 till 1929, and the presumptive owners grandsons names only appear in rent roll in 1929, as described thru the probated will. if the land is not reconveyed thru court ( as the title was mortgaged thru deposit of title papers_) The mortgage and his family dies in the last pandemic ( Bubonic plague in Bombay between 1897 ) As their are no claimants from mortgage side and there is no registration of indenture of conveyance what should the housing society do... we have 99 years lease from the mortgagor considering The Transfer of Property act was ammended in 1929 with introduction of section 65 A Thanks!

Land has become a conundrum since 1905 when the task of updating Cadastres was transferred to the Provincial Government . Earlier this task was being well taken care of by Survey of India. Unless States resort to Survey /Re-Survey to update the Cadastres , all efforts of granting title will fail. None of the States are interested to undertake this job .

In Kerala, the main culprit for land irregularities is the resurvey department and the land board of Kerala. The re-survey department assigns land without looking into the tenets of the tittle or a partition deed. The land board shows clear tittle land as govt land and acres of actual govt land does not even appear in their land bank records. Encumbrance on the land is issued from registration department. Supreme court verdict confirm that ' Tittle is supreme irrespective of mutation entries. Mutation entries do not confirm nor deny tittle and are merely for fiscal purposes, says the order. That means tittle and procession are different. What is wrong is that our legal process is allowing illegal possession legitimacy by virtue of adverse possession. Land disputes are then settled by judicial intervention which takes decades for a verdict. THE solution as rightly pointed out in this article is a single window land record updation process. Currently departments act independently adding chaos to the fragile land ownership records in the state. Perhaps, why foreigners say that, "In India they manage chaos"