Prof. T.N. Srinivasan, an acclaimed Indian economist and Professor Emeritus at Yale University, passed away on 11 November in Chennai. In this post, Prof. Rohini Somanathan of the Delhi School of Economics pays a tribute to Prof. Srinivasan.

I must be at the age when this mixture of privilege and loss visits more often. I knew T.N. for about a decade and feel enormously privileged for the time spent with him and desolate at the thought of not being able to call and write to him, and see him occasionally. 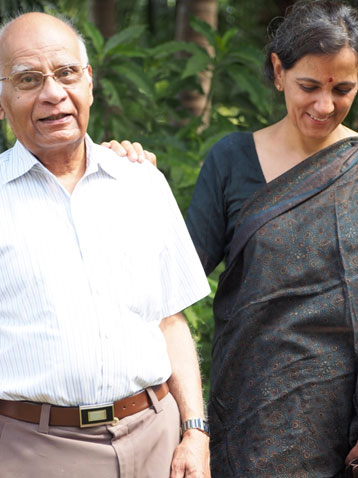 I first met T.N. in 2009, at his office at the Economic Growth Center at Yale University while I was visiting there for a few days. The last time was in Chennai, in January this year. The highlight of these years was a 2012 visit to his ancestral village, Tirukodikavil, on the banks of river Kaveri. Thinking back of the many settings in which I saw him: village and city, temple and conference, listening to music or an academic paper, New Haven, Delhi, and Chennai, I am struck by how much the same he was in these different places. Looking forward to the next step, curious, analytical yet mindful of history and matter of fact in both praise and criticism. Bite and wit often came together, absent of any acrimony.

I remember two visits of T.N. to the Delhi School of Economics. In 2012, he spoke at a conference in memory of Suresh Tendulkar. He spoke on the measurement of poverty, an area in which both of them made major contributions. When I thanked him for coming, he said: “For Suresh, I have to be here”. He came again last year, for our annual day and his keynote traced historical changes in health and morbidity in India. I do not know of any other economist with T.N.’s command on the Indian Statistical System, especially the National Sample Surveys. On this last occasion, I remember sitting him down at one of the lunch tables and asking him what he would like me to bring him: koncham Thayir Sadam (a little curd and rice). He was not interested in knowing what else was on offer.

When I was in graduate school, the group of development economists was small and intimate. The subject was still marginal in most departments and everyone knew each other. We are now large, significant, scattered, and clustered in many sub-groups. We are united by a few heroes. T.N. was one of them.

Building a new house, returning to an original foundation