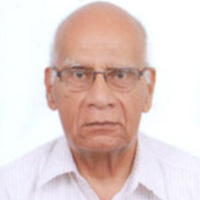 In this article, T.N. Srinivasan, Samuel C. Park, Jr. Professor Emeritus of Economics, Yale University, contends that the idea of an assured minimum income for all citizens of India was being discussed as early as the 1960s, but could not be implemented then on account of certain circumstances.

Towards the end of 1938, Subhas Chandra Bose, the then President of the Indian National Congress, constituted a National Planning Committee under the Chairmanship of Pandit Jawaharlal Nehru. It consisted of "fifteen members plus representatives of provincial governments and such Indian [princely] states as chose to collaborate with us. Among the members were well-known industrialists, financiers, economists, professors, scientists, as well as representatives of the Trade Union Congress and the Village Industries Association…In a sense it was a remarkably representative committee cutting across the high barrier between official and non-official India - except for the fact that the Government of India was not represented and took up a non-cooperative attitude...

It was obvious also that any comprehensive planning could only take place under a free national government, strong enough and popular enough to be in a position to introduce fundamental changes in the social and economic structure. Thus the attainment of national freedom and the elimination of foreign control became an essential pre-requisite for planning." (Nehru 1994, p395)

After discussing many other obstacles that were to be faced, Nehru described the basic social objective of planning in India: "Obviously we could not consider any problem, much less plan, without some definite aim and social objective. That aim was declared to be to ensure an adequate standard of living for the masses, in other words, to get rid of the appalling poverty of the people. The irreducible minimum, in terms of money, had been estimated by economists at figures varying from Rs. 15 to Rs. 25 per capita per month. (These are all pre-war figures.) Compared to western standards this was very low, and yet it meant an enormous increase in existing standards in India. An approximate estimate of the average annual income per capita was Rs. 65. This included the rich and the poor, the town-dweller and the villager. In view of the great gulf between the rich and the poor and the concentration of wealth in the hands of a few, the average income of the villager was estimated to be far less, probably about Rs. 30 per capita per annum. These figures bring home the terrible poverty of the people and the destitute condition of the masses. There was lack of food, of clothing, of housing and of every other essential requirement of human existence. To remove this lack and ensure an irreducible minimum standard for everybody the national income had to be greatly increased, and in addition to this increased production there had be a more equitable distribution of wealth. We calculated that a really progressive standard of living would necessitate the increase of the national wealth by 500 or 600 per cent. That was, however, too big a jump for us, and we aimed at a 200 to 300 per cent increase within ten years. We fixed a ten-year period for the plan, with control figures for different periods and different sectors of economic life. (Nehru 1994, p397, emphasis added).

The committee completed most of its work before its chairman and other members were arrested in 1941 when they joined the Quit India Movement started by Mahatma Gandhi. Besides, the Second World War was in full swing. The committee's planning and its Plan had to wait until - as it said - there was a free national government. Freedom came on 15 August 1947. The constituent assembly drafted a republican federal Constitution for India and adopted it at the end of 1949. On 26 January 1950, the Constitution was proclaimed and India formally became a federal republic. Within three months, in March 1950, the cabinet of the central government adopted a resolution to establish a Planning Commission to plan for the development of India. The Commission's first Five-Year Plan (1951-1956) was basically a set of projects initiated by the outgoing colonial government with a modest growth target. The Plan was successfully completed. An ambitious heavy industry-oriented Second Five-Year Plan (1956-1961) authored by Professor P.C. Mahalanobis followed. Its investment push and resulting demand for imports and foreign exchange strained the economy.

As the Second Plan was being completed, the Perspective Planning Division (PPD) of the Planning Commission, headed by Pitambar Pant went back to the National Planning Committee's Plan to provide an adequate standard of living for the masses. For formulating an adequate standard of living under the circumstances of the 1960s, the PPD drew from a report submitted in July 1962 by a Working Group set up by the seminar on some aspects of planning. This oft-cited report is the source of the Planning Commission's household poverty lines of Rs. 19 per capita per month for rural areas and Rs. 25 for urban areas, at 1960-61 prices. Unfortunately, no copy of the Working Group's report exists and no details of its calculation are available. Fortunately, late Dr. V.K.R.V. Rao, a member of the Working Group and its convener, in his R.S. Dubashi lecture (Rao 1978) provides the names of its impressive membership of distinguished economists, politicians, planners, social activists and Gandhians, and a few other details. Quoting from Rao:

"The first major attempt to give a quantitative or volume definition of poverty was made by a working group that was set up in 1961 by the Seminar on some aspects of planning held in the Institute of Economic Growth, Delhi. This group consisted of Prof. D.R. Gadgil, Dr. B.N. Ganguli, Dr. P.S. Lokanathan, Shri M.R. Masani, Shri Ashok Mehta, Shri Pitambar Pant, Shri Shriman Narayan, Shri Anna Saheb Sahasrabuddhe and myself. I was made the convenor of the group and we submitted our report in July 1962 on what should be the national minimum for each household of 5 persons or 4 adult consumption units. Our figures were not just based on nutritional requirements and a percentage addition thereto to cover other needs, as has been done by most of the others who have written subsequently on the subject. They were arrived at after considerable discussion on a minimum standard of living, taking into account nutritional requirements, other requirements such as clothing, fuel and light, housing and miscellaneous items. Our calculations excluded expenditure on health and education which we expected would be met by the State according to the Constitution. Unfortunately, no records are available of the details of our calculations nor did I keep any personal records of the same.

The figure we recommended was that the national minimum for each household of 5 persons (4 adult consumption units) should be not less than Rs. 100 per month in terms of 1960-61 prices or Rs. 20 per capita. As this figure was for urban and rural areas put together and as we had also recommended a higher figure of Rs. 125/- in urban areas, the minimum per capita expenditure in the rural areas would be Rs. 18.9." (Rao 1978, p6-7)

It is very important to note that the group discussed a national minimum standard of living. The details of the discussion are unfortunately unavailable and only aggregate per capita monetary figures are available and these and the Working Group's report have tended to be associated with poverty lines ever since. Coming to the PPD, its leader Pitambar Pant used the committee's report to arrive at a plan similar in its objective as that of Nehru's National Planning Committee. An elaborate paper with the title "Notes on Perspective of Development: India 1961 to 1975-76" was distributed by the PPD in 1964. A shorter version is reproduced in Srinivasan and Bardhan (1974). The paper argued, echoing Nehru, "that the central concern of our planning has to be the removal of poverty as early as possible. The stage has come when we should sharply focus our efforts on providing an assured minimum income to every citizen of the country within a reasonable period of time. Progressively this minimum itself should be raised as development goes apace." (Srinivasan and Bardhan 1974, p13, emphasis added).

Obviously, such a lump sum income distribution would have been India's Basic Income prorgramme before it was thought of and implemented anywhere else.

Acceleration of Second World War, arrest of the authors of the Plan, etc., put the Plan of the National Planning Committee in cold storage. PPD's 15-year Perspective Plan was considered and provisionally accepted by the Planning Commission shortly before Nehru's death. Even though on the day before his death, Nehru discussed the implications of the Perspective Plan with Pitambar in Dehradun, Nehru's death, the two consecutive droughts in 1965 and 1966, and the war with Pakistan, put the very idea of planning in cold storage for several years. India's Basic Income Plan was not revived again.