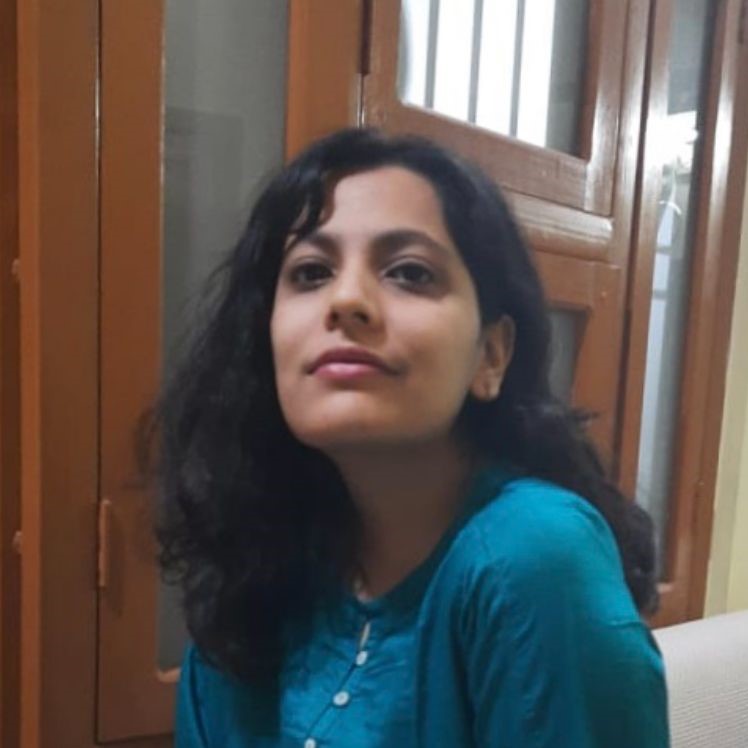 'Main Bhi Dilli’ campaign was launched in 2018 to ensure inclusion of citizen voices in the Delhi Master Plan 2041. In this context, Shalaka Chauhan discusses the role of co-creation and citizen participation in city-planning processes, rooted in the belief that everybody can contribute to city planning when provided with adequate participatory means and tools to express themselves.

In 2018, a group of organisations, researchers, activists, community organisers, planners, architects, and academicians came together to form a city-based campaign called ‘Main Bhi Dilli’ (MBD) (I, too, am Delhi) campaign. As the name suggests, the vision was simple – to advocate for an inclusive, community-based approach towards ‘Delhi’s Master Plan (2021-2041)’ (MPD 41), which was being drafted by the Delhi Development Authority (DDA) and National Institute of Urban Affairs (NIUA).

The campaign began with ideation on how the city functions, the pitfalls of inadequate and inconsiderate planning, and building a strategy for the ‘inclusion of all’ in the next master plan. Over the last three years, the campaign has undertaken a range of interventions – developing participatory design methodologies, grassroots research towards creating knowledge products, awareness programmes, public meetings, and meaningful meetings with NIUA and DDA. The campaign has been able to reinforce that the MPD is not just limited to its drafters, and since it is the residents who are going to be subjected to consequences of it, it is important that their needs are addressed in the city-planning process. The campaign focussed on establishing three pillars – research and advocacy, community engagement, and intervention in public suggestions and objections. 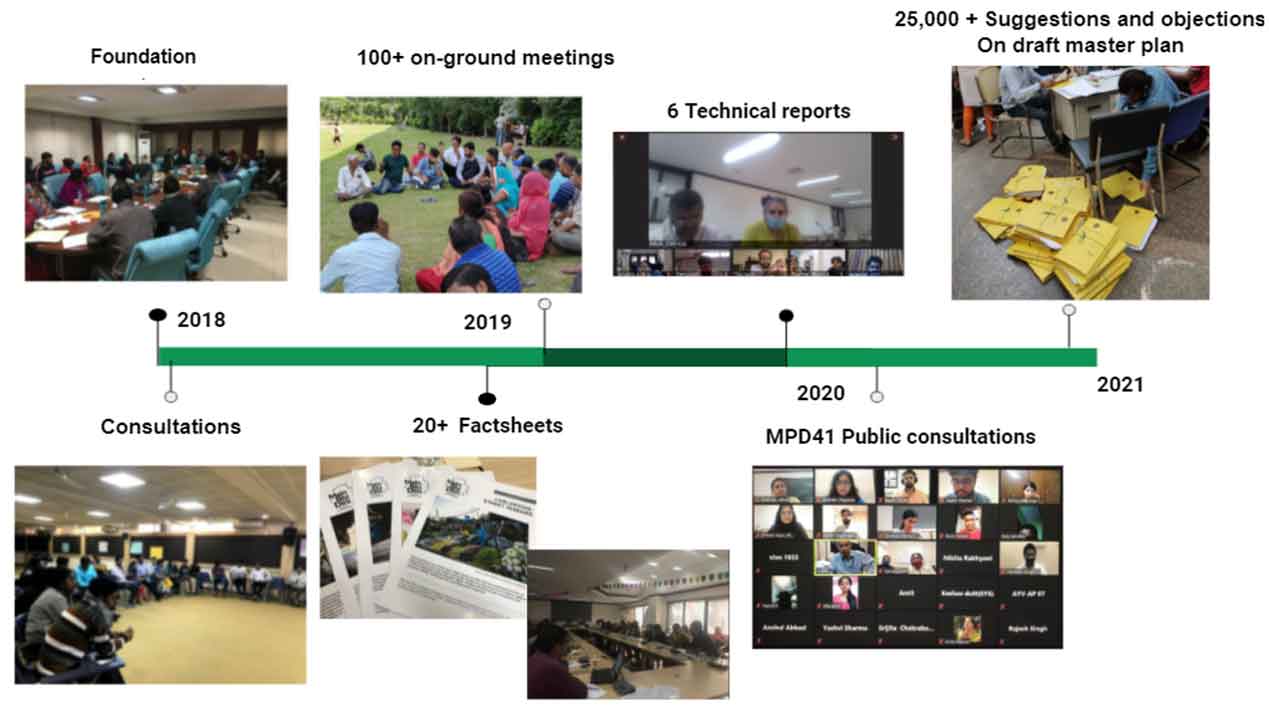 Research and advocacy at all levels of the Master Plan process

The first and foremost strategy of the campaign was to build its own understanding of how urban issues are connected with the Master Plan, and what it can do to fill existing, prominent gaps. With the help of numerous consultation meetings with sectoral experts and communities, the campaign produced over 20 factsheets and six technical reports on core urban issues and presented these to the NIUA and DDA.

This research initiative has also opened up new opportunities for grassroots organisations in Delhi to look into socio-spatial aspects of the city. For example, waste-pickers not getting access to dhalaos (sorting centres) is linked to their right to work, but also with the city's waste management system that the Plan cannot ignore. The campaign also synchronises current schemes and policies with planning, to build on the existing base of urban legislation and development. Most importantly, there was an attempt to look at these urban issues from a different lens, by different thematic groups. For example, issues related to housing were elaborated on by typology (JJ (jhuggi-jhopri) clusters/bastis, unauthorised colonies, resettlement colonies, homeless shelters, rental housing, and migrant workers’ hostels), and with a focus on various verticals (such as slum upgradation, evictions, resettlement, regularisation, homelessness, livelihoods, social infrastructure, and gender) as these intersections cannot be ignored. In this manner, the campaign tried to bring a perspective of how the ‘right to the city’ cannot be claimed without intervening in the physical and spatial narrative of the city as it is interconnected with the social, economic, and political dimensions of it.

Second, through a citizen-led campaign, the plan aimed to reach the most vulnerable and marginalised. The objective was to accommodate the concerns of the residents in the planning process as this could potentially expand the boundaries of what the city could achieve and enabled decision-makers to be responsive to the needs and aspirations of the public. The discourse around making the governance and planning process ‘bottom up’, goes beyond holding a couple of online consultations as it needs to be a grounded, accessible, regular, and two-way engagement. Moreover, the process needs to have community engagement at every level. It begins with ideating and consulting people and leads to ensuring that the needs and desires of people are being fulfilled based on their valuable feedback.

From the discussions and public meetings organised under the campaign to the community mapping workshops, the campaign has come very far in terms of its outreach. With more than 100 online and offline meetings, the campaign tried to build awareness across various settlements and groups. Members designed toolkits, booklets, surveys, and training programmes to make the sessions more interactive and participatory. The process of designing workshops and documenting people’s voices has also involved local youth leaders from communities to further build momentum in their respective settlements and groups. Apart from this, in order to support the NIUA and DDA in organising online public consultations, the campaign actively mobilised communities and also facilitated some of the consultations.

Effective utilisation of suggestions and objections for a collective voice

Third, the campaign always considered the suggestions and objections phase as a critical step in ensuring efficient representation and participation from the communities. Legally, there is only ‘one window’ through which people can participate and that is by filing suggestions and objections on the draft master plan. This time, the DDA organised a series of online meetings (on account of Covid-19), for public participation when the draft was being prepared, as well as after releasing the draft plan. However, the campaign organisers have noticed that the points highlighted in the meetings by the campaign and other collectives have not been reflected adequately in the draft plan. Moreover, the online meetings widened and highlighted the digital divide as only a handful of people could have access to them. 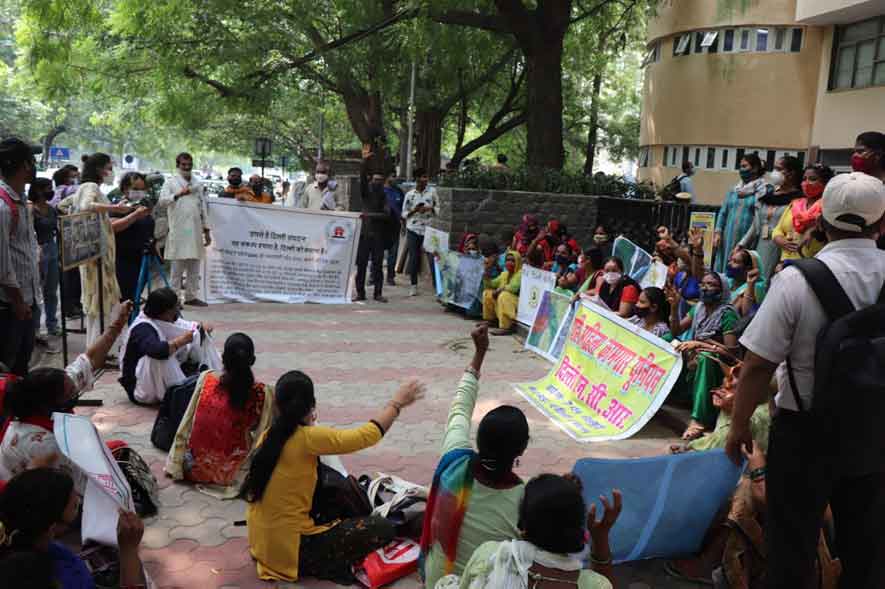 At the stage of ‘public scrutiny’ on draft MPD 41, the campaign organised suggestions and objections from ‘city-makers’ – those who build our city everyday but are the most marginalised.. Initially, the DDA gave a window of 45 days to file suggestions and objections. The campaign pushed for an extension by raising collective voices on every platform possible as filing suggestions and objections requires a thorough review and understanding of the draft. Campaign members divided roles – some read the land-use map, some analysed the vision and development norms given in the document, and others mobilised communities for this critical phase. The window was then extended by 30 days and a real momentum began for the campaign where organisations and members with their ground presence organised over 250 community meetings and door-to-door campaigns to spread the word and get the suggestions and objections from the public. On 19 August 2021, Delhi witnessed a historic moment where over 20,000 feedback forms were filed offline by people associated with the campaign. The effort also included assisting the DDA in establishing more desks and making the process smoother and faster. Demands from members on connecting people’s issues with city planning resulted in the Vice Chairman of the DDA, for the first time, calling campaign representatives for a long in-person meeting where he listened to the failures of the draft plan in addressing the relevant and emerging issues of people in Delhi. Discussion points included the widening digital divide, potential threats to marginalised communities in the draft plan, and the campaign’s list of recommendations.

Figure 4. Files of suggestions and objections at DDA office 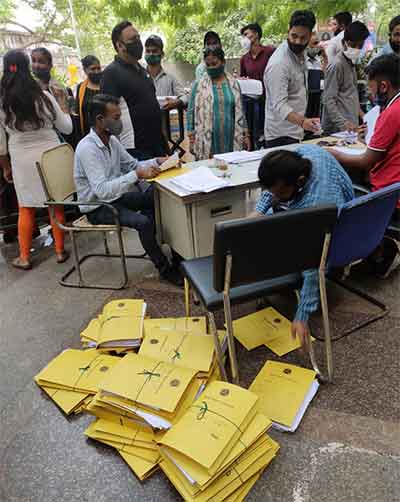 Cannot separate a city from its people

These interventions and achievements lead us to firmly believe that city-planning processes should be democratic, in every aspect and stage – whether it is the research and survey phase, or the drafting or implementation process. Considering the fact that cities fail the moment they exclude the people from the process, planning authorities should understand that systemic solutions in cities are grounded in people’s needs and aspirations, and must be trusted and approved by the communities and collectives.

In The Death and Life of Great American Cities (1961), author Jane Jacobs wrote, “Cities have the capability of providing something for everybody, only because, and only when, they are created by everybody.” The Master Plan has a huge role to play in this as it has the ability to design a city in a way that it can fulfil basic as well as aspirational needs of people and the city, as it is illogical to separate a city from its people. The campaign has been instrumental in ensuring this is done in Delhi. However, the final plan will indicate exactly how successful the campaign has been.

The author would like to thank Marina Joseph (Youth for Unity and Voluntary Action) and Aravind Unni (MBD campaign) for their inputs.