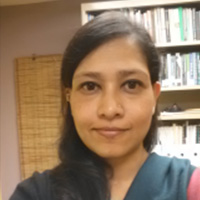 Women’s participation has become a key theme in water and sanitation projects. However, projects that have made provisions for women’s participation have yielded mixed results in terms of the quality of their participation. This column analyses community-managed urban water supply projects in Madhya Pradesh to understand the gap between women’s motivation to participate and their ability to do so, and what can be done to close the gap.

To explore these questions, I analysed community-managed urban water supply projects in Gwalior, Indore, and Jabalpur in the state of Madhya Pradesh in India (Das 2014). The projects constituted the pro-poor component of the ‘Water for Asian Cities Programme’ – an initiative of UN-Habitat, Asian Development Bank (ADB) and the Government of India, launched in 2006. They sought to address the water and sanitation-related Millennium Development Goals (MDGs), to halve the proportion of the population without sustainable access to safe drinking water and basic sanitation by 2015.

The slum settlements that were a part of the project were selected on the basis of poverty levels and access to water and sanitation facilities. A democratically elected user committee (typically comprising 10-15 members) represented about 1,200 households that opted for a water supply connection. In order to increase women’s participation, the project required a third of the user committee members to be women (UN-Habitat, 2005). Although participation in the user committees was voluntary, remuneration to the tune of Rs. 1,500 – Rs. 2,000 per month (from funds collected for operation and maintenance) was given to office bearers (President, Secretary and Treasurer).

The user committee was charged with the design, planning, implementation, operation and maintenance of the water-supply infrastructure1. The local government (with support from UN-Habitat) created a revolving fund2 from which the user committee could borrow to build their infrastructure. They were required to repay the loan by levying a one-time connection charge that could be paid in installments, and a monthly user charge on the households. The user committee received training from municipal staff on contracting procedures, supervision of works, accounting and bookkeeping, billing and payment collection mechanisms, and plumbing and engineering skills. The local government also provided bulk water at a subsidised rate, and technical advice when needed.

There was no formal institutional space for intermediaries (Non-governmental organisations (NGOs) or community-based organisations) in the partnership to help mobilise the communities. In Indore, the user committee worked closely with the District Urban Development Agency (DUDA), which replaced the Indore Municipal Corporation (IMC) in the partnership. DUDA appointed a community officer for community mobilisation whereas in Gwalior and Jabalpur, the municipal corporation brought in a community officer (on a temporary basis) and a social worker respectively.

My findings rest on field research (undertaken in 2007-2008 and 2011), which included interviews with representatives of UN-Habitat, government officials, members of the user committees and intermediaries (community officers, NGO representatives, and social workers), focus group discussions (one with women committee members only), transect walks3, and a survey of 323 households. Socioeconomic status of the surveyed households varied across the three cities. Average monthly household expenditure was higher in Indore, as compared to Gwalior and Jabalpur. Moreover, household size in Indore was smaller and households had fewer children than those in Gwalior and Jabalpur. Socioeconomic status corresponded with women’s participation in the user committees, with higher participation (70% women) in the relatively better off Indore settlements as compared to that in Gwalior and Jabalpur (30% women).

The interaction between the motivating and constraining factors varied widely across the three cities. In Indore, for instance, where water was scarce and women often had to walk three to five kilometers to collect water, they had a high personal stake in the project and appeared to be much more motivated to act collectively, in comparison to Gwalior and Jabalpur where demand for the project varied based on geographic location within the settlements (for instance, in Gwalior, households on the hill slopes had to collect water from public taps located at the bottom of the hill between 2-4 am, or purchase water from households that had municipal water), and existing sources (municipal supply/ tube wells) that provided water free of cost. While potential financial compensation provided an incentive for women to participate in user committees, it was tempered by the stringency of social norms and perceptions.

Where there was a critical mass of women committee members – as in Indore - the user committee acted as a collective and began demanding more services (sewerage, drainage, lighting, roads and so on) from the local government. Some of the women committee members in Indore had the experience of participating in other externally-funded programmes that had provided training. Along with the community officer, they helped mobilise women in their communities. Although they had interacted with the IMC on several occasions prior to the project regarding issues related to land regularisation, ration cards, and water supply - according to the women on the committee, it was only after this project was implemented that relations between them and the IMC gradually began to improve. This easing of tensions could be linked to the institutional support they received from the DUDA community officer who helped them build confidence in interacting directly with the government. This was in contrast to Gwalior and Jabalpur, which neither had the capacity nor the benefit of having a permanent community officer to help the user committee liaise with the local government.

Further, the project office in Indore, where the committee members gathered for collection of bill payments, appeared to have had an empowering effect since it allowed visibility in the public sphere and gave women access to information about the project, government resources and legal institutions. Managing the project increased spatial mobility and boosted their confidence. On the other hand, in Gwalior and Jabalpur, there were fewer women on the committees (they were mostly there for proxy), and they generally lacked experience and tended to be less aware of training and other opportunities. Moreover, meetings were held either at women’s homes (in the presence of family members) or in public spaces.

Differences in socioeconomic status across the three cities influenced women’s ability to participate. Households surveyed in Indore were relatively better off than those in Gwalior and Jabalpur where they generally had a higher number of family members and children. The opportunity cost of participation was, therefore, very high in Gwalior and Jabalpur; women in these households often juggled their domestic and productive workloads and found it difficult to devote time to the project. Moreover, sociocultural norms and perceptions made it difficult for them to participate without causing conflict within the household.

Water supply projects that seek to empower women through participation generally have individual women participating in formal institutions such as user committees or groups. My research highlights the importance of expanding this approach to view women as a collective (rather than as individual decision makers) that allows them to resist, and even challenge in some cases, the entrenched power structures that constrain their participation. This may be put into practice through a critical mass of women members in decision-making bodies, as seen in Indore. However, as others have pointed out, quotas might not be the only policy tool and they remain contentious (O’Reilly 2010, Kudva and Misra 2008). To achieve this critical mass, the gap between women’s motivation and ability to participate needs to be addressed. When this gap is narrowed, the quality of their participation is enhanced.

The question that arises then is: what can women’s participation achieve? The improved water supply can meet their practical needs and free up time for income-generating activities, other household chores, or leisure. Moreover, it can confer on them legitimacy in decision making, strengthen their bargaining power and elevate their status in the household and community, as well as with respect to the local government. This is evident in Indore where, even in the face of constraints, women’s collective agency, bolstered by institutional support and spaces of participation, resulted in substantive participation (that which is sustained beyond the project) along with material improvements in access to water supply. This was missing in the cases in Gwalior and Jabalpur where restricted spatial mobility tended to isolate women in home-based work.

From a policy perspective, there are three key insights that emerge. First, motivation driven purely by programme incentives (material benefits of water supply/ financial compensation) can often be short lived, whereas that linked to solidarity, created (or strengthened) in part by a critical mass of women in the user committee, is more likely to be sustained beyond the life of a project. Besides critical mass, connecting women in the user committee with those in higher decision-making bodies allows them to form important linkages with the State, and learn the craft of policy decisions. Second, the physical spaces of participation could influence women’s participation and, therefore, need more attention in policies and programmes designed to encourage their participation. Finally, without appropriate policies to address some of the larger socioeconomic issues, efforts to encourage women’s participation in water governance might not deliver the expected results. At the same time, it is important to acknowledge that better project design does help meet women’s practical needs and secure their livelihoods.