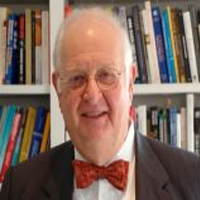 An expert group headed by C Rangarajan has recommended a poverty measurement methodology for India. In this article, Deaton and Drèze argue that the method proposed by the expert group to set poverty lines is both theoretically and empirically implausible. A simple and transparent benchmark, amenable to democratic debate, would be more useful.

The Rangarajan expert group on poverty measurement has done a great deal of hard and useful work. In its recent report, the group probes a wide range of critical issues — how to set poverty lines, the choice of price indexes for poverty comparisons, the discrepancy between National Sample Surveys (NSS) and the National Accounts Statistics, and more. Massive amounts of data were crunched to shed light on these issues. The report also presents a very helpful summary of earlier “expert group” reports on poverty, chaired by Y.K. Alagh, D.T. Lakdawala and Suresh Tendulkar respectively. The combined brainpower of four expert groups is brought to bear on the committee’s terms of reference, including, most importantly, whether and how “a particular method can be evolved for empirical estimation of poverty in India.”

So what did the expert group come up with? Simplifying a good deal, it has reverted to food intake norms, long sanctified by use if not by logic until they were discarded by the Tendulkar expert group in 2009. These norms are now extended from calories to include both protein and fat. The food component of the poverty line (for rural and urban areas separately) is the level of food expenditure at the point in the 2011-12 NSS per-capita expenditure distribution where households just make the norms. These norms, recently set by the Indian Council of Medical Research (ICMR), take into account the age and sex composition of the population as well as activity levels, and, for reasons that are unclear, they are a good deal lower than previous ICMR recommendations, even at fixed age and activity levels. On top of this, there are two different and not-obviously compatible schemes for establishing the non-food components of the poverty line: for some non-food items, the poverty-line expenditure is read off the same fractile of the NSS per-capita expenditure distribution as the food component, but for other items, it is read off the median of the expenditure distribution. All in all, an elaborate construction of wheels within wheels.

If you find it hard to see the justification for this method, don’t worry — there is none. Indeed, nowhere in the report do the authors explain clearly why this is an appropriate method for setting poverty lines in India. It is well known, and clearly recognised by the expert group, that average calorie (or protein) intakes in India do not correlate well at all with nutrition outcomes. In particular, the intake norms adopted by the expert group provide absolutely no guarantee of good nutrition. This is in part because good nutrition depends on many factors other than food intake, such as sanitation, water, healthcare and the disease environment. But it is also because of the long-appreciated point that different individuals — and populations — have different requirements, even beyond their variation in age, sex, and activity levels.

The expert group understands the first point very well, but presses on with intake norms, arguing that meeting these norms would still have a “favourable impact” on nutrition “taken in conjunction with public policies for full nutrition support for children in the 0-6 age group and public provisioning of a range of public goods and services … on a universal basis.” Surely the poverty line should be one that works in India, as it is, and not in some imagined Nirvana.

As for the second point, the expert group seems to take it as a justification for discounting calorie norms by 10% — an arbitrary step in the absence of any information on the joint distribution of intakes and requirements. In short, the expert groups’ method perpetuates the illusion that the poverty line tells us something about nutrition, when in fact it does nothing of the sort.

In short, the Rangarajan expert group method is both theoretically and empirically implausible. What then is the way forward? Appointing another expert group is unlikely to serve the purpose, given the record of previous expert groups. Perhaps the time has come to abandon the elusive search for a technical method of deriving a poverty line that can be interpreted, in some normative sense, as the minimum cost of dignified living. Would it not be simpler, and more useful, to regard the poverty line as a mere statistical benchmark, and set it in a simple and transparent manner that the public can understand?

The Rangarajan expert group recommends, rightly in our view, that entitlement programmes should be delinked from the poverty line (that is, no more “Below Poverty Line (BPL) targeting”). This would effectively restore poverty lines to their original statistical purpose of tracking poverty and making poverty comparisons, without creating an artificial social division between the poor and non-poor. In the statistical approach, the poverty line is just a conventional benchmark — or a set of benchmarks for that matter, in the manner of Arjun Sengupta and his colleagues (not mentioned in the Rangarajan report). These benchmarks focus on an important component of poverty — purchasing power — and avoid the unsustainable argument that somehow, other components are taken care of in the background.

Even a conventional benchmark, of course, can benefit from having some sort of rationale. But if an intuitively appealing poverty line is to be identified, that is best done by keeping things simple and submitting the line to democratic debate. Clarity and transparency are essential for this purpose. It is in that respect, more than any other, that the Rangarajan report disappoints. By clouding poverty estimation in a fog of technicalities, it hampers inclusive and informed public discussion of the entire issue. In fact, like the Tendulkar method, the Rangarajan method is so abstruse and uses so much hard-to-obtain information that it also frustrates independent verification of the results, again hampering democratic debate.

One might argue that, in India at least, the poverty line is not just a statistical benchmark — it also has a policy purpose. The Rangarajan expert group itself suggests that the line might continue to be used for the purpose of allocating Central government funds to different states (in the context of Centrally-sponsored schemes), if not for the purpose of identifying eligible households. But if the poverty line has a policy purpose, in addition to its statistical purpose, that makes it all the more important for it to lend itself to public debate. One way or another, the selection of a poverty line is a social and political question that needs to be subject to widespread democratic debate; it should not be the prerogative of experts, or groups of experts. Indeed, there is no such thing as an ‘expert’ about who is poor and who is not.

Last but not least, it is very important to supplement expenditure-based poverty estimates with other indicators of living standards, relating for instance to nutrition, health, education and the quality of the environment. India’s social statistics are awfully out of date, with, for instance, no reliable and comprehensive data on child nutrition since 2005-06 (when the third National Family Health Survey (NFHS) was conducted). Noting this in passing, the Rangarajan expert group “recommends a regular programme of NFHS or NFHS-type surveys.” On this at least we agree wholeheartedly with the expert group.

This article first appeared in The Hindu.