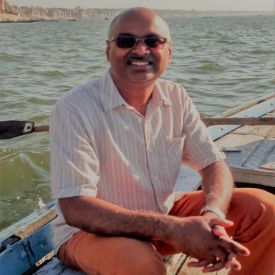 Income and earnings are highly volatile in developing countries as a majority of the population relies on agriculture or informal jobs for their livelihood. Based on a primary survey in rural Bihar, this article seeks to quantify income risks faced by households, their effect on schooling investment, and whether the effect is different for male and female children.

Incomes and earnings are highly volatile in developing countries.  Most households in these countries rely on agriculture and informal jobs for their livelihood, which are inherently risky. At the same time, due to inadequate development of financial markets, these households have limited access to formal credit and insurance mechanisms, reducing their opportunities to diversify income risks (Dercon 2005). It is well-known that income risks may lead to highly persistent poverty (Jalan and Ravallion 2001), and prevent poor households from taking advantage of high-return but risky economic opportunities (Eswaran and Kotwal 1989, Rosenzweig and Binswanger 1993).

Bihar is one of the poorest states in India with inadequate coverage of formal banking and financial sector. The educational attainment is low and the quality of education as measured by learning outcomes is very poor. A recent report finds that only 41.8% of children in grade 5 can read grade 2-level text, and this percentage shows a declining trend over time (Annual Survey of Education Report, 2016). Similar is the case with respect to learning outcomes for mathematics.

Data for the study comes from a primary household survey undertaken in 12 villages in Bihar in January-March 2017 (see Kumar 2017, 2018a and b for details). The survey was funded by the International Growth Centre (IGC). The sample consisted of 659 households with 1,365 children in the age group of 5-17 years. The survey collected detailed information on household and village characteristics and schooling indicators including school enrolment, annual household expenditure on schooling for each child, time-spent (in hours) by a child in school and time-spent (in hours) by a child studying (tuition, homework, etc.) outside school hours in a week, and participation of children in home production and market work.

One important challenge was to quantify the income risk faced by households, since it is not directly observed. Most studies use past income data to derive measures of income risk such as variance. But deriving income variance using retrospective data requires strong assumptions regarding how the agents form expectations, the information they have, and how they process the information (Dominitz 2001). An alternative approach, which does not require stringent assumptions, is to use subjective expectations, which involves directly eliciting probabilistic expectations from agents (Maski 2004, Delvande 2014). In this work, I used the alternative approach.

To elicit the perception of households regarding income risks faced by them, the survey contained a module designed to obtain information on the cumulative probability distribution of household income over the next year. Using survey data, I calculated household-specific expected future income and two indicators of income risk/variability:  variance of future income and its coefficient of variation.

Overall, evidence suggests that there is a bias against female children in schooling investment of households, particularly with regard to time spent studying outside school hours, and schooling expenditure. Such gender differences are not reflected in other indicators of schooling such as school enrolment.

These findings suggest that income risk negatively impacts schooling investment of households, especially for female children. This adverse effect is larger for poorer households. Hence, income risk can be an important reason for the persistence of low schooling achievement and outcomes in rural Bihar, particularly for female children. Government policies that aim to reduce income risks and variability in consumption of poor households, such as provision of health insurance, unemployment insurance, old age pension scheme, and easier availability of consumption credit, are likely to have a significant positive effect on schooling. Financial inclusion programmes that allow households to mitigate income risk can encourage schooling investment.

Choice and cost: The role of household decision making and spending on secondary education in rural Bihar

Education in Bihar: Still a long road ahead