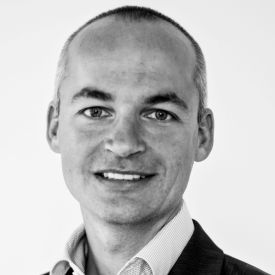 The Covid-19 pandemic has plunged India into recession, and substantial stimulus from the government is required to jump-start the economy. In this post, Ingmar Schumacher contends that while systemic sectors should be bailed out – even if these are polluting – it would be a mistake to not take advantage of the double dividends that come with transitioning towards a more sustainable economy.

The Covid-19 crisis has certainly been one of the costliest disasters for India in the recent past, causing a reduction in real GDP (Gross Domestic Product) of roughly 10% in 2020. This is India’s first recession since 1979, when both severe droughts and high oil prices had pushed the country’s GDP growth into negative numbers. India’s employment rate dropped from 39% pre-Covid to 27% in the first quarter of 2020, nearly recovered, but is now edging up due to a renewed Covid outbreak. Figures for the significant informal sector are hard to come by, but as many internal migrants moved back from the cities to their homes in rural areas and did not immediately benefit from the stimuli – apart from potentially the MNREGA1 (Mahatma Gandhi National Rural Employment Guarantee Act) support – it is clear that these migrants suffered significantly. Furthermore, food security has taken a big hit and many landless farmers have lost their livelihoods and sole source of income. India’s exports are believed to have decreased by 12% in 2020 and its national debt-to-GDP ratio is expected to increase from 72% pre-pandemic to 90% at the end of 2020.

Despite the increase in national debt, it is clear that the Indian economy needs further, larger stimuli in order to get the economy back on track quickly. This also seems to be the opinion of the Indian government, whose Finance Minister announced a Rs. 35 billion stimulus package in November 2020. In addition to this, the Prime Minister announced a stimulus of Rs. 27 billion, spread over five years, to support the manufacturing sector, in particular the automobile sector. Currently, the government is in the process of revising the budget for the next year, and will thus also think about further stimulus packages. The way this vast amount of money is spent will have significant impacts on the medium-term evolution of the Indian economy. It will lock-in the technologies and infrastructures that the stimuli now get invested in, and it will also signal to investors across the globe the sectors that are of priority for the Indian government. For example, a coal power plant has an expected lifetime of more than 30 years, thus locking-in the energy production in coal for a long time. The money should, therefore, not be handed out just anywhere.

The key question is: which sectors should be prioritised? The suggestion I present here is to think in terms of double dividends, meaning that the stimulus packages can be used to not only provide financial support for an ailing industry, but to also promote additional goals that otherwise rank highly on India’s agenda. There has been much debate about whether or not the stimuli should be used for an exclusively green agenda (Popp et al. 2020).

While some have argued that India’s stimuli should come in the form of green bailouts, there is a difference between providing the stimuli money for bailouts, or using it to further investment opportunities. As I have argued elsewhere, if there is an industry that requires bailouts because it has seen a negative impact from the Covid-19 crisis, then it should be saved, whether it is a green industry or a dirty one. This is simply because the negative ripple-through effects down the supply chain from an industry that goes bankrupt tend to be far more costly in general than its side effects. Systemic sectors thus should be prioritised, but only insofar as their bankruptcy is avoided. However, as I have also argued, it is vital that these industries only receive as much money as is necessary to keep them going, while stimuli directed towards furthering investment opportunities should go to sectors that are likely to generate a double dividend – including social benefits such as green energy production, or sustainable farming.

Much needs to be done in order to bring India on a sustainable development path. While India has achieved significant progress along several dimensions of the Sustainable Development Goals, such as multidimensional poverty, rural sanitation and child mortality, its greenhouse gas emissions have nearly tripled since the year 2000. If current trends continue, then India will increase its emissions by another 30% until 2030. India, like most developing countries, only has an emission intensity target. In the Nationally Determined Contributions (NDCs), India pledged that it will cut is emission intensity by 35% (from 2005 levels) until 2030. Some progress has been made on these emission targets. Renewable energy capacity currently accounts for roughly a third of India’s installed energy capacity. Emission intensity has been reduced by 21% compared to 2005. Those are significant steps in the right direction.

However, to actually cut emissions and to set India on a path towards a truly green transition, more needs to be done. For example, of the 30 most-polluted cities in the world, 21 are located in India. This implies tremendous health impacts for a significant share of its population. India is, behind China and the US, the third largest emitter of CO2 (carbon dioxide) in the world. Furthermore, it is an environmental debtor, having an ecological footprint of 1.1 global hectares per person compared to a biocapacity2 of 0.5 global hectares per person. It is also one of the countries in the world that will be impacted the most by climate change (Eckstein et al. 2020). In addition, while India’s NDCs are viewed as conforming with India’s fair share towards limiting climate change to roughly 2°C, it is too little effort in order to adhere to the Paris Agreement, if one wants to limit warming to 1.5°C. Another important target that India promised in its NDCs was to increase its forest cover by five million hectares in order to increase carbon capture by 2030. It is very likely that India will fall far short from achieving this target.

As of now, the problem is that the stimulus packages in India have not been extensively directed towards a green transition.  Instead, the stimuli packages so far have been strongly favouring polluting industries, such as coal industries or automobile industry, and very little money has gone to the green sectors. This is rather problematic, and the Indian government seems to be underestimating the lock-in effects of investing in the wrong infrastructure or technologies. There are quite a few sectors, such as energy, transportation, and agriculture, which could benefit tremendously from a green stimulus, and where the double dividend would be significant (Sarma 2020). For example, there is evidence that job creation in the green economy can offset losses from the traditional industry, while countries that invested in a green industry have been shown to hold a competitive edge over other countries that did not (United Nations Environment Programme, 2017).

While working towards a green transition is of utmost importance, it is also important to make India more resilient, as it is one of the countries in the world that will be affected most by climate change. The stimulus packages can help to further advance infrastructure investments into resilience, and the Coalition for Disaster Resilient Infrastructure could be a perfect tool, as well as more targetted support through the Atmanirbhar Bharat stimulus package. In addition, the agriculture and rural development stimulus package could be directed towards measures that enhance sustainability, such as biodiversity, organic production, and climate-resilient crops.

It would be quite a mistake if the Indian government did not further investigate the potential to more fully direct the stimuli to its green sectors, and thereby take advantage of the significant double dividends that come with transforming one’s economy to a more sustainable one.