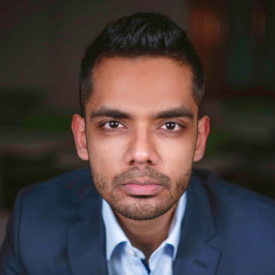 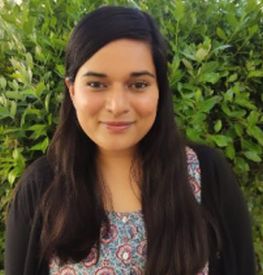 The economic impacts of Covid-19 in India are likely to be quite steep. Singh and Mohan contend that any stimulus package to restart the economy has to be ‘green’; it must encourage an economic path that reduces the carbon intensity of the economy, instead of propping up business models that have no place in a future low-carbon world. They further discuss what steps can be taken in three key areas: electricity, transport, and the urban economy, to deliver broad-based growth and improve environmental outcomes.

The Covid-19 pandemic has strained healthcare systems, shuttered economies, and exposed our interconnected vulnerabilities. Economies are not going through a conventional recession with well-rehearsed playbooks that Nation States can adopt. It is a medically induced coma that will require an unprecedented stimulus package to ride out collapse in aggregate household demand and resulting shocks to supply. The economic impacts in India are likely to be steep with sub 3% annual GDP (gross domestic product) growth entirely feasible. All this comes on the heels of a broader slowdown in growth in India, which has seen the GDP growth rate fall consecutively for the last three years.

Any eventual stimulus package to restart the economy in India has to be ‘green’, that is, it must encourage an economic path that reduces the carbon intensity of the economy instead of propping up business models that have no place in a future low-carbon world. Opportunities for a large stimulus of the scale that world economies, including India will push for, are otherwise hard to come by. The stimulus should address the risks of the climate crisis while also tackling the economic fallout of the virus. Continuing with business-as-usual at this juncture, will compromise future economic growth, as we fall behind in cheaper and cleaner technologies, investors divest from fossil fuels, and countries consider climate-related trade barriers. The government can start with steps in three key areas: electricity, transport, and the urban economy, to deliver broad-based growth and improve environmental outcomes.

In 2019, even before Covid-19 struck the country, power demand – often a good proxy for economic activity – grew at the slowest pace in six years, reflecting stagnation in the economy. In the past two weeks, the Brookings India electricity tracker shows a decrease in consumption of 25% as people stay home and large commercial establishments and offices stay shut. Demand for power directly depends on the financial health of discoms (State wholesale distribution companies), and whether they can buy power demanded by the public. Unlike other countries, the Government of India (GoI) is heavily invested in the power sector, and viability of power assets is inextricably entwined with government policies. Fall in electricity consumption can further stress discoms and moves like allowing suspended payments will provide only temporary relief. Late payments will also create downstream problems – they are a significant barrier to renewable energy (RE) deployment, and worsen the financial health of struggling coal plants.

For the latter, a long-suggested path should be considered seriously with the creation of a power-sector specific ‘bad bank’, a dedicated holding agency to own and manage the problematic coal plant fleet. This move would free up Rs. 2.5 trillion from the books of the banks and accelerate lending to the post-Covid economy. It also allows the government to set the pace of phase-out of older and dirtier coal power plants, and GoI should take this as an opportunity to scrap plans for new coal power. The focus should instead be on improving the utilisation of existing plants. Despite grabbing headlines for poor financials, coal continues to have an uneasy place in the energy mix, sending mixed signals to the climate community. With power demand stagnant, there is no economic justification for new coal plants, particularly as the government encourages new renewables in order to meet ambitious capacity targets, and clean, dispatchable electricity alternatives, such as RE and storage technology, now also look competitive with thermal power.

Another important development is that the entire gas power plant fleet is currently stranded at significant risk to the banks, and the possibility of bundling together solar with dispatchable gas has been considered to improve the economics of natural gas stations. To support this, India can take advantage of the slump in gas prices and negotiate a new long-term LNG (liquefied natural gas) purchase agreement with its usual suppliers such as Qatar. Waivers on state and central taxes on LNG as well as pipeline tariffs can also help. The government must recognise that high RE penetration in India will require a supporting ecosystem of flexible gas plants. Coal power stations are more polluting when run at low load factors or in flexible operation. Successfully leveraging the existing gas fleet will help lower the carbon intensity of the power sector, integrate RE, and reduce the public health burden from coal.

Overall, improving the finances of the power sector will also require addressing the needs of discoms, which include more revenue opportunities in urban areas. This brings us to another key sector: transport.

The lockdown has led to clean air and clear skies in Delhi even while power plants continued to run, highlighting how much vehicles and construction activity contribute to air quality. Electrification of transport in India, however, is yet to take off because the government’s electric vehicle (EV) policy has flip-flopped. In 2017, the government announced a ban on combustion-engine vehicles post 2030. That was then softened in a NITI Aayog (National Institution for Transforming India) target to phase out only three- and two-wheelers below 150cc by 2023 and 2025 respectively, which also has now been shelved following pushback from industry. Industry concerns around EVs centre around the lack of charging infrastructure and high upfront costs, both of which are a put-off to prospective buyers.

India’s EV trajectory need not replicate the rest of the world’s – most of the potential lies with two- and three-wheelers which make a sizable chunk of transportation in cities. Two-wheelers also contribute 15% of total transport emissions and 30% of the contribution to particulate matter. Analysis by our CMU (Carnegie Mellon University) colleagues with NITI Aayog shows how high upfront costs for electric two-wheelers arising from the cost of battery packs can be reduced by domestic manufacturing of lithium-ion batteries and powertrain equipment, under the Faster Adoption and Manufacturing of Electric Vehicles II (FAME II) scheme and the Phased Manufacturing Programme (PMP). FAME II is also tasked with the construction of more than 2,500 charging stations in 62 cities across the country, which needs to be pushed through urgently, starting with the biggest cities. The government should also consider deferring the FAME II pivot towards high-speed two-wheelers as the policy focus on higher-speed vehicles has failed to gain traction with industry.

Electrification of transport can be a win for discoms with increase in revenue through uptick in electricity demand, and through setting tariffs and managing the charging infrastructure. Utilities and discoms should proactively define and strategise on how future electric mobility can help diversify ancillary sources of revenues. While there are many business models for the proliferation of charging infrastructure – such as free public charging, pay-per click model, subscription model, or time-of-use payments – there is scant effort in exploring potential cross-sectoral collaboration.

Most of India is yet to be built

Pandemics and cities have a complicated history. London’s sewerage system was developed as a response to public health crises, and Athens’ city laws and character changed drastically after the Black Death. Future urban planning in India will contend with choices to grow outwardly or vertically with a clear collective memory of the pandemic in the background. This is in addition to the grave public health crisis of air pollution and huge congestion externalities that Indian cities deal with anyway.

India has more than 50 urban agglomerates with a million people and a total of 400 million urban residents. These numbers are expected to double by 2050. One in six urban residents lives in a slum, which is officially characterised as “unfit for human habitation”. These crammed, unsanitary places also usually house migrant labour, which we currently see thronging the streets in the largest on-foot reverse migration in post-colonial India. Indian cities fare poorly on all parameters of resilience – be it as a response to climate change, public health, or economic shocks, which often share common stressors. The urban economy is not strong enough to productively employ all those in search of work, dwellers often face poor sanitation, hygiene and weather stresses, and agglomeration benefits are in tussle with congestion costs.

Ongoing developments in the megacities make it clear that we will reach decreasing returns to their expansion, if we have not already reached there. We should instead focus on secondary cities such as Ahmedabad, Pune, Bhopal, and others, and invest in human and physical infrastructure. These new Indian cities should adopt transit-oriented, mixed-use urban planning with public transit and EVs that expands the economic radius, frees up productive hours stuck in worsening traffic, and reduces emissions and criteria pollutants. Services are easier to supply and monitor as opposed to the ad-hoc development that usually takes place. Public-private partnerships (PPPs) will be strained, especially in the post-Covid economy with public spending having to do the heavy lifting. Once the economy stabilises, a concerted push is needed to clean up the bad debts of banks, redesign PPP, and create a robust municipal bond market. More importantly, the post-Covid urban economy should move away from its proclivity for project-based activities in its cities. As researchers from the Centre for Policy Research have shown, mitigation and adaptation responses in Indian cities have been reduced to piecemeal and discrete projects that are implementable, manageable, or provide easy outcomes and benefits, but not holistic strategic responses that would require collaborative institutional spaces to develop. While transport and power can fall in different offices of the bureaucracy, they are an active part of how India’s cities are built for the future - especially in the context of climate mitigation and resilience – and both sectors should work on a ‘multi-objectives framework’ to find common ground.

The aftermath of the Global Financial Crisis made capital requirements for lending more stringent. India, like most developing countries, was hit hard in its efforts to access cheap capital to finance its development. However, in the wake of the extraordinary economic impacts of Covid-19, norms are being relaxed and guidelines suspended. New flush of capital is expected, sooner or later, to bring economies back on track. The pandemic has exposed many faultlines that will be discussed and debated for a long time. But this can also be a fresh start for decarbonisation. Tools exist; technologies have not only broken even but have become cheaper; and people around the world appreciate the importance of resilience needed to tackle complex existential crises. There is no good reason to push the proverbial trolley to another, worse path.