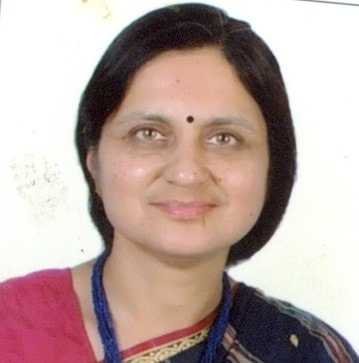 India has accomplished its cherished dream of emerging as a power-surplus economy but the capability is yet to be complemented by efficient performance of power distribution companies, the majority of which are owned by state governments and deep in losses. Shobha Ahuja argues that increasing electricity tariffs is important but insufficient to boost their financial health, unless accompanied by sweeping steps to improve their performance and restrain State intervention.

The energy sector in India, at the current juncture, is experiencing a seemingly enigmatic situation. On the one hand, the country has at last succeeded in accomplishing the cherished dream of emerging as a power-surplus economy. But on the other hand, the significant spillover effects on the economy which should accrue from our surplus power-generating capability have yet to be realised.

This is because our capability in power generation is yet to be complemented by the efficient performance of power distribution companies (discoms), the majority of which are owned by state governments. Most of these discoms are deep into the red as the increased base of highly subsidised rural consumer and economically weaker households, and high aggregate technical and commercial (AT&C) losses have been eating into the revenues of discoms. Not surprisingly, readings show that losses incurred by the state power utilities after tax on an accrual basis1 have cumulatively gone up by a whopping 36%, from Rs. 660.22 billion in 2014-15 to Rs. 896.03 billion in 2015-16. Further, there are substantial sub-national variations across states and regions.

Recognising the fragile nature of discom finances, the central government announced the Ujwal Discom Assurance Yojana (UDAY), a financial restructuring scheme for discoms, in 2015. The aim was to relieve the loss-making discoms of their debt by bringing most of their debt into the respective state’s books. This arrangement of states taking over the debt of discoms is to help the latter to sign new power purchase deals and achieve a financial turnaround. The scheme is however conditional on discoms undertaking reforms and has set operational targets such as reduction in AT&C losses, capping cross-subsidies to 20%, and annual power tariff revision to improve the finances of the discoms.

However, reports suggest that these discoms have yet to meet their performance targets under UDAY. Many discoms are relying on deviations such as not buying enough power from power exchanges, and resorting to load-shedding2 to curtail demand, thereby reducing cost, rather than undertaking structural reforms to become viable.

At a time when the government envisions providing power to all consumers by 2019, and the rapid industrial growth, driven by initiatives such as ‘Make in India’3 requires availability of regular power supply at cost-effective rates to industry, the efficient performance of discoms assumes special significance.

Against this backdrop, the question arises: Would an upward revision in electricity tariffs help mitigate losses, and aid in delivering quality power to consumers at competitive prices? What more should be done to reduce the losses of discoms?

Since the constitutional responsibility for the crucial ‘last-mile’ distribution of electricity to consumers rests with state governments, I look at the experience of state utilities to arrive at conclusions.

Preliminary comparisons, made for 2015-16 as shown in Table 1, indicate that hiking tariffs does not necessarily help to accomplish turnarounds in the financial and operational performance of discoms. There are instances of states having been consistent in raising tariffs in sync with market demand but continuing to bear elevated losses. A case in point is Maharashtra where the accumulated losses of the discoms are the highest among all states despite having a high peak tariff. This could, among other things, be attributed to AT&C losses which are also among the highest as the state is reluctant to take stringent action to collect user charges. A different case is that of Andhra Pradesh and Telangana where again the discoms are in the red despite high peak electricity tariff but low AT&C losses, the reason being the high cost of power purchase.

Source: Report on the Performance of State Power Utilities 2013-14 to 2015-16; State Regulatory Commission of various states.
Note: Data for 2015-16 is the latest available for profit/loss of state electricity boards. Hence, the analysis is restricted to 2015-16 though later data is available for state power tariff and AT&C.

Conversely, moderate electricity tariffs, combined with power sector reforms, have contributed significantly to profits made by West Bengal Board. This is despite the high AT&C losses made by these discoms. This is because of the significant reforms towards improving the governance of its discoms during 2000-2010 which turned the Board into a profitable entity. Though the pace of reforms lost steam from 2010 onwards, the impact of earlier gains is still evident. In Mizoram, a profitable discom coexists with high AT&C loss. In Delhi, privatisation of distribution has led to significant reduction of AT&C losses resulting in profits despite reasonable tariffs.

Gujarat and Uttarakhand are interesting cases where the discoms are making profits despite tariffs being among the lowest in India. Himachal Pradesh is also incurring only a minor loss in its distribution services. This shows that there is potential for discoms to make profits even by charging rational rates. In Gujarat, for instance, the success could be attributed to the power sector reforms initiated in 2003 such as the Gram Jyoti Yojana (GJY), which entailed bifurcating electric feeders to villages, controlling power theft in agriculture, use of metered power supply to villages, ensuring payment for quality power supply, and unbundling of discoms into multiple entities, which is continuing till date.

There are also cases where there is close correlation between low tariffs and mounting losses of the state electricity boards. In Uttar Pradesh, for example, low electricity tariffs continue despite the discom being in the red even as the attempts at privatisation have been stalled by the reluctant state government. The AT&C losses are also high. In Bihar and Jharkhand, no attempt has been made to reform the power sector and curb the mounting losses by raising tariffs and checking the AT&C losses. Even in the relatively prosperous Punjab and Tamil Nadu, populist considerations have powered the expansion of subsidies which has led to burgeoning debts. Moreover, it is not subsidies alone that are leading to losses as these are budgeted by the discoms. It is the non-payment of subsidies promised by the state governments to the discoms, which is contributing to the losses.

All this shows that while increasing electricity tariff is important, it is not enough to boost the financial health of loss-making discoms on its own as the problems go well beyond electricity rates.

Other measures and reforms to improve efficiency of discoms

Some other measures, apart from tariff rationalisation, to realise efficiency gains and save costs would be to enter into long-term power purchase agreement with generating companies. Buying power at lowest possible price from the power exchanges and encouraging private participation in power distribution, among others are the other initiatives.

Another option is to encourage alternative sources of energy such as hydel and solar power which would reduce the cost of power supply. In fact, it is the availability of cheap hydel capacity and the huge industrial base where consumers pay for power supply availability, which has contributed towards the profits of discoms in Uttarakhand. Similar is the case of Himachal Pradesh where discom losses are minimal despite low tariff.

Above all, there is a strong case for specific state-centric power sector reforms including restoring the autonomy of discoms which would then adopt commercial principles such as restraining the supply of free and highly subsidised power, checking AT&C losses, and improving the collection system so that the user pays for the service delivered.

In fact, the states which managed to show profits of their utilities despite moderate tariffs did so by providing the requisite autonomy to their discoms which were then insulated from political interference and encouraged to function on commercial precepts. It was immaterial whether the model was that of State ownership or of privatisation of discoms. For example, states like Gujarat and West Bengal emulated private corporate governance practices and accountability to achieve a turnaround while maintaining public ownership whereas Delhi resorted to privatisation of discoms to achieve the same objective. Political stability in these states also helped.

Hence, a hike in electricity tariffs, unless accompanied by sweeping steps to improve the performance of discoms and restrain State intervention, would prevent the entity from achieving commercial viability and ensure returns which are optimal and sustainable.

Very well written article.I appreciate your efforts madam.As a reader, I found your article is with thoroughly analysed data and exact reasons of power sector\'s financial issues.Thank You for giving well thought solution in end.