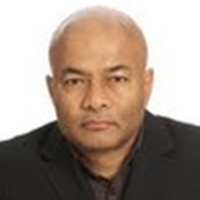 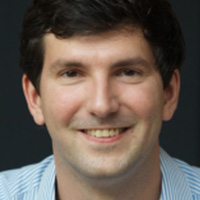 India is home to almost a quarter of the world population that does not have access to electricity. This column estimates the impact of increased access to and improved quality of electricity on incomes in rural India. It suggests that merely providing grid connections does not enable full realisation of the potential benefits of electricity; high quality power supply is at least as important.

The per capita consumption of electricity in India (543 kWh) is grossly inadequate – for instance, it is about a fourth of that in China (2,346 kWh) (International Energy Agency (IEA) 2009). There are problems at all levels of electricity provision in India – production, transmission and distribution. Supply is highly unreliable, and outages and voltage fluctuations are frequent. Even among those who do have access to electricity, over 300 million people only get intermittent supplies. This column describes recent research which tries to quantify the importance of a high quality power supply for rural households in India.

Access to reliable energy supplies is fundamental for economic development (World Bank 2010). Rural electrification affects the welfare of households through several channels. Access to electricity may lead to a reorganisation of domestic chores. For example, households may be able to buy a refrigerator and store food, so that cooking in bulk becomes possible, releasing time that can be spent in other activities. This could have a positive effect on labour supply (especially for female members of the household). Electrification also increases the productivity of certain activities - for example, the productivity of agricultural labour may increase due to technologies such as sprinkler or drip irrigation, which is likely to have a positive effect on wages. Further, an assured supply of electricity creates opportunities for entrepreneurial activities which can take place within the household, such as rice-milling and production of oil from oilseeds. Other ancillary industries, such as the repair and welding of agriculture implements like ploughs and tractors may become possible. These activities are likely to increase farm incomes, which may result in a general increase in labour supply and wages. Finally, electrification could also affect labour supply by children. The need to collect different kinds of fuels, including animal and agricultural waste and fuelwood may diminish and therefore their labour supply to market activities may increase, or they may allocate their time to other pursuits such as education (Modi 2005, Oda and Tsujita 2011).

The Indian energy sector has historically been plagued by a variety of problems. First and foremost, there is a lack of a coherent policy framework and of clarity on the specific roles and responsibilities of various departments, institutions, ministries and agencies involved in disseminating energy services in rural areas. This problem is common to many developing countries (United Nations Development Programme 2000). Even though electricity planning in India is done by a single agency, the Planning Commission, its implementation is split across different ministries.

Subsidies also introduce inefficiency in the allocation of electricity. In some states, electricity use in agriculture is almost free. As a result, cost recovery is low and has actually declined in recent years. In 1992-1993 the recovery rate was 82%, going down to 69% in 2001-2002. Simultaneously, transmission and distribution losses have been rising, from 25% in 1997-1998 to 30% in 1999-2000, while the average for neighbouring countries is around 10%. These losses and stealing of electricity by users has meant that only 55% of the power generated is billed and 41% paid for. (Modi 2005)

The significance of quality

In a recent paper, we estimate the effect of a new connection to the grid and of a more reliable power supply for a typical Indian household, using data from a nationally representative sample of about 9,800 rural households (Indian Human Development Survey (IHDS) 2005 and Human Development Profile of India (HDPI) 1994) (Chakravorty, Pelli and Ural Marchand 2013). We construct an index for the quality of supply, in which an improvement in quality is defined as a decrease in the number of blackouts, or equivalently an increase in the average number of hours per day during which electricity is available.

We find that the increase (16%) in the number of households in the dataset that were connected to the grid between 1994 and 2005 led to an increase in non-agricultural income of roughly 9%, which corresponds to about Rs. 574 ($9.5 approx.) per person for the average household. This result is similar to what has been found by studies in other parts of the world. For example, Dinkelman (2011) studies the labour market effects of an electrification project in South Africa and finds that a grid connection leads to an increase of roughly 16% in male earnings. Barham et al. (2013) examine the case of Brazil and show that an increase in the share of electrified households by 10% increases income by 9%.

Our study goes a step further by looking at the effect of the quality of power supply on non-agricultural incomes. There was a 32% increase in the quality of electricity supply in the sample households, between 1994 and 2005. The rise in quality is estimated to have resulted in an increase in income of 28.6% (Rs. 1,852 or approx. $30) per person for the average household. This number includes new connections and the improvement in the quality of electricity supplied to households already connected to the grid. These results suggest that the impact of electrification on households cannot be considered independently of the quality of electricity. While the initial connection is important as it can induce reallocation of labour and capital within the household, this impact increases significantly with improvement in quality. This highlights the importance of providing a high quality supply of power, as the potential benefits of electricity are not completely realised by just providing a grid connection and low quality power.

The results of our analysis should help initiate a discussion on quantity versus quality in infrastructure provision, and future development strategy in the power sector in India and other developing countries. The strategy mainly applied so far focuses on universal coverage – new, large infrastructure investments that will connect every household to the grid. Yet, there is a second strategy available, which focuses on improvement in the quality and reliability of the existing infrastructure. This second strategy, in light of our results, may have equally significant – if not larger - welfare effects.

Improving the existing infrastructure could simply mean investing in better maintenance, reducing theft and pilferage and ensuring that users pay for electricity consumed. However, politicians and bureaucrats prefer to build new infrastructure, rather than maintain existing assets because the former generates rents. For them, it is easier to sell the goal of universal coverage than pursue the goal of better maintenance. In the least, our results suggest that there is a need for a formal cost-benefit analysis and the development of more informed policies in the energy sector. The numbers seem to indicate the possibility of a significant increase in welfare without incurring the astronomical capital and environmental costs of building a new dam or a coal or nuclear-fired power plant.