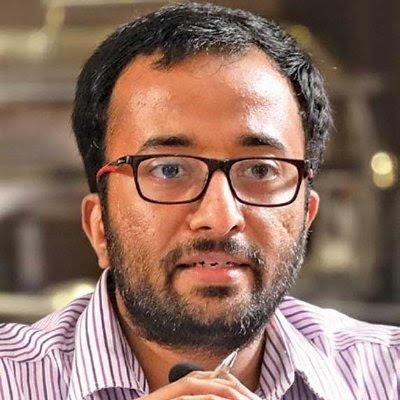 The Indian government’s response to the Covid-19 pandemic has drawn polarising reactions, mostly set within a restrictive ‘success-failure’ metric. In this post, Oommen C Kurian reviews the book Till We Win: India’s Fight Against The Covid-19 Pandemic by Chandrakant Lahariya, Gagandeep Kang and Randeep Guleria – commending the authors for their balanced, nuanced approach to assessing India’s Covid-19 response. In his view, the book also serves as an accessible information source for general readers on viruses, health systems and policies more broadly.

Covid-19 in India has caused enormous human tragedy – through the hundreds of thousands of people it killed directly and indirectly, and the suffering caused to millions others by way of illness and disruption of normal life. After months of a low plateau with relatively few cases and deaths, the numbers started climbing up again in March across the country. India’s vaccine rollout started off slowly, focussing on frontline workers, the elderly, and other high-risk demographic categories. However, the last week saw acceleration and the seven-day rolling average of daily vaccinations is now inching towards three million, with everyone over 45 years of age now eligible to be vaccinated.

Government communication on the pandemic has emphasised exceedingly on presenting comparative global statistics to claim that in terms of population percentages, India is doing much better than other large countries, and therefore, India’s pandemic response is a ‘success’. On the other hand, many analysts cite India’s overall case and death numbers to argue that the country has ‘failed’ in its pandemic response. While acknowledging that the overall numbers are not too terrifying, they contend that this is because India’s weak surveillance systems substantially undercount deaths and miss cases. The terms of discussion of the pandemic over the last year have mostly been set within a restrictive success-failure metric, which has in effect, limited the space for more nuanced, open reflection.

A curious aspect of the assessment of India’s pandemic response is that even experts who predicted hundreds of millions of cases and up to two million deaths by mid-2020 in a situation of no government intervention, are very modest in their praise of the response. There may be many reasons for this reluctance to acknowledge that despite a very high human cost, India has possibly saved hundreds of thousands of lives with its decisive (albeit imperfect) interventions. Nevertheless, an objective assessment of India’s pandemic response during the pre-vaccine phase is needed to help the public arrive at a more realistic conclusion – rather than choosing either of the two sides of India’s polarised health policy debate around the pandemic.

Till we win: India's fight against the Covid-19 pandemic

Fortunately, we have one such effort in the form of a formidable book by Dr Chandrakant Lahariya, Dr Gagandeep Kang and Dr Randeep Guleria – three medical experts at the forefront of India’s fight against Covid-19. The authors say that what prompted them to write this book was the misinformation that surrounded the pandemic, and the need to provide key information to citizens about how the pandemic emerged and grew – what was done, what continues to be done, and what the future may hold for India. They also aimed to capitalise on the increased interest in the health system among the policy audience, as the country readies for the ‘new normal’. This is particularly important, as health has been a traditionally neglected area within India’s public policy, and the pandemic presented an opportunity to elevate its status.

Despite being a complex federal democracy marked often by acrimonious political exchanges between parties ruling the Centre and States, India was able to mount a coordinated response to the pandemic through its central, state, and local government machinery. Barring a handful of instances, political differences were set aside in favour of operational effectiveness of a joint response. This book offers a balanced assessment of India’s collective response where the central government, states, private sector, and the citizens played their part. It will also work as a very useful foundation of any further analyses on Covid-19, and the rollout of the massive vaccination campaign in India.

All three authors are ‘insider outsiders’1. Even while being part of the government’s pandemic response, they have not shied away from expressing divergent opinions, and nudging policymakers towards course-correction. As the controversial decision to fast-track the approval process of Covaxin demonstrated, they are known to have widely varying takes on issues, which insures the reader against an echo-chamber view. Three such authors with dissimilar opinions publishing a book together during a national emergency, has parallels to how India has come together in the last year, transcending differences for the greater common good.

In the first section, the authors provide a very useful overview of viruses, their long association with human beings, and how they influence co-evolution – along with an in-depth discussion of the novel coronavirus in particular. Given the fact that most media analyses around different vaccine platforms are difficult to follow for the average citizen, this is valuable reading for anyone following current policy developments around the pandemic.

In the second section, the authors deliberate on the initial government response including the test-trace-treat-isolate routine, the nationwide lockdown, and the challenges that heterogeneous health systems across states faced. Some case studies of state-level responses are also presented. The authors have dedicated the book to the frontline healthcare workers of India – in particular the 3.6 million women workers, including the 900,000 ASHA workers, 200,000 auxiliary nurse midwives, 1.3 million anganwadi Workers and 1.2 million anganwadi helpers – and several others who spearheaded the pandemic response starting with contact tracing in most states.

The third section deals with the most challenging aspect of the pandemic for practitioners: a dynamic evidence base. As the authors point out, policies have evolved with the changing situation, and the information we had before going to bed proved to be redundant on waking up. Ranging from preventive measures to treatment options, the evidence has kept shifting on a regular basis all through the pandemic, and this section works as a great explainer for a general audience.

The final section titled “Getting future ready” looks at possible options towards the endgame itself, and beyond. The authors assert that the pandemic is a good opportunity to strengthen the capacity of India’s health system. They remind policymakers that strengthening the health system is a systematic and comprehensive process, and involves more than tweaking one or two aspects of the system based on immediate need. The book concludes with the authors offering a long-term template for the citizens to help minimise the risk they face from Covid-19, which will likely become endemic in India. The authors remind readers that health is not found in hospitals but patiently built at home.

Taking inspiration from India’s Covid-19 fight, the authors ask: “If we can trace many contacts for COVID-19 cases, can’t we adopt a similar approach of trace and treat for tuberculosis (TB) cases in India? That can help in accelerating the target of TB elimination from India and achieve ‘TB Mukt Bharat’.” Unfortunately, it is unlikely to happen, since COVID-19 is a disease that has also hit the prosperous populations in a big way, while TB largely remains a disease of poverty. Since neither vaccines nor treatments existed, survival chances of Covid-19 were not indexed to economic status – and that, in many ways, explains the promptness of the response.

If rich, obese, older men were disproportionally threatened by TB like they are by Covid-19, we may have seen a similar response for the disease several decades ago. However, the steps taken – including fast-track vaccine development – have placed new options before the world. The favourite global policy response of doing next-to-nothing in the case of many diseases that kill comparable numbers every year may not be politically feasible anymore, since the world has seen what the global health system is capable of when the leadership puts their mind to it. That said, there are clear trends of inequities in vaccination.

As India strives to become a global power through its ‘Vaccine Maitri’ and ‘Make in India’ initiatives, this timely analysis of India’s public and private health systems by Dr Lahariya, Dr Kang, and Dr Guleria offers a high-quality primer on India’s contemporary health policy – for a broad audience of policymakers, researchers, civil society, media, and citizens. As policies around health and its social determinants are becoming mainstream, this crisp read offers a much-needed initiation into the fascinating world of Indian health policymaking, through the all-important vantage point of the pandemic. It also fills a knowledge gap: many recent books on health policy aimed at a more specialist audience, and most of them managed to put off a general reader, if not by size, then by their preachiness. This book, on the other hand, manages to give a much more lucid and objective assessment of a very dynamic situation.